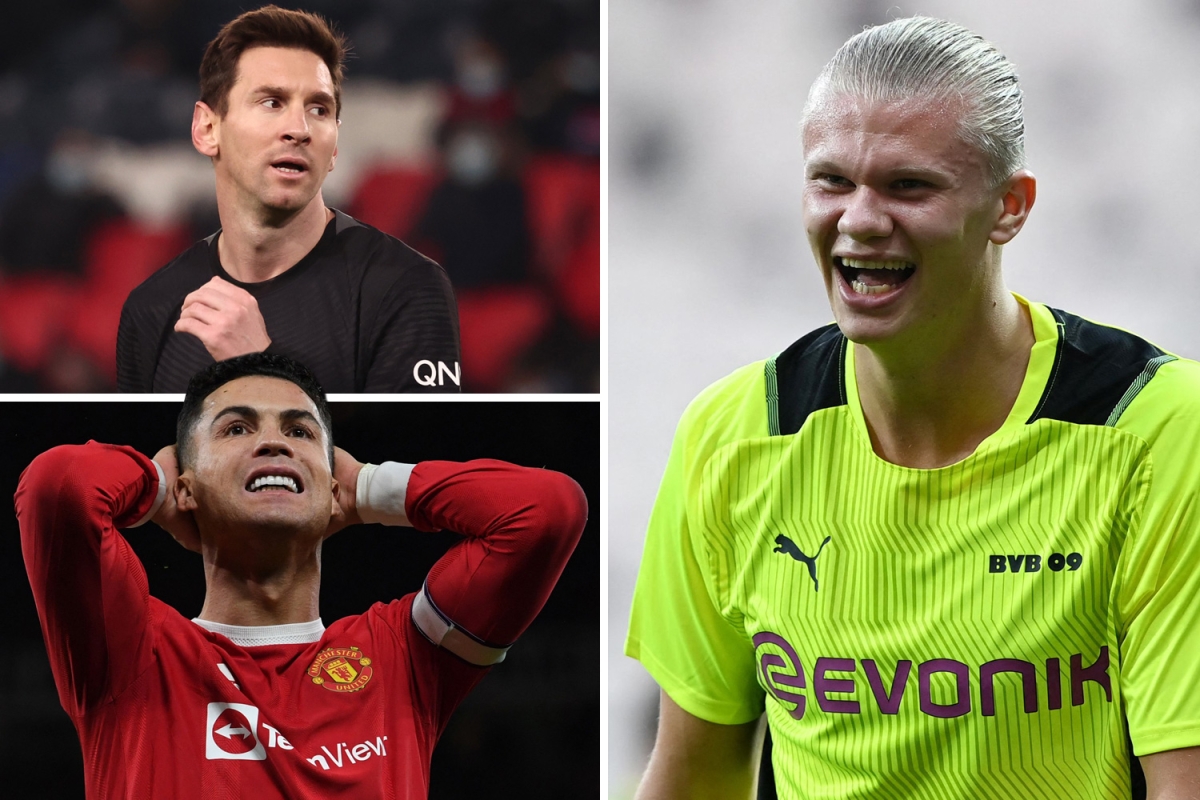 ERLING HAALAND snubbed Cristiano Ronaldo as he named his best three players in the world.

And Lionel Messi was not his No1 choice, either.

The Borussia Dortmund striker, 21, was quizzed on who he would pick as the top performers over the last year.

Haaland had no doubts over who would take his first spot.

“In the last year, I think you have to say Robert Lewandowski. Yes, Lewandowski No1.

“And then for me, Karim Benzema has also been amazing.

“But also Lionel Messi is outstanding so Benzema and Messi share second and third place.”

The Norway international did not get a chance to vote at Fifa’s The Best awards as he is not his country’s captain.

But there was uproar when Messi’s selections were revealed with the Argentine going for Neymar, Kylian Mbappe and Benzema.

Messi was second in the standings with Mo Salah third.

His £64million release clause comes into effect in the summer and there will be a mad scramble for his signature.

But after saying he had ‘pressure’ from his club to decide what he wants to do, he retracted those comments – and is now focused on improving ‘everything’.

I think I can improve on everything… but if I should improve one thing, it would be to not get injured

Haaland added: “I don’t really want to say too much about it, but I felt it was time for me to say something.

“A lot of others were speaking – so that was it. Now, I don’t want to say too much. I said what I said, and now we move on.

“I think I can improve on everything.

“But if I should improve one thing, it would be to not get injured, because if I am not injured I will play a lot more games and I will deliver even better.

“If you were to ask what my goals are for 2022, it is to not be injured, and the goals for the rest of my career are not be injured. That’s the main thing.”