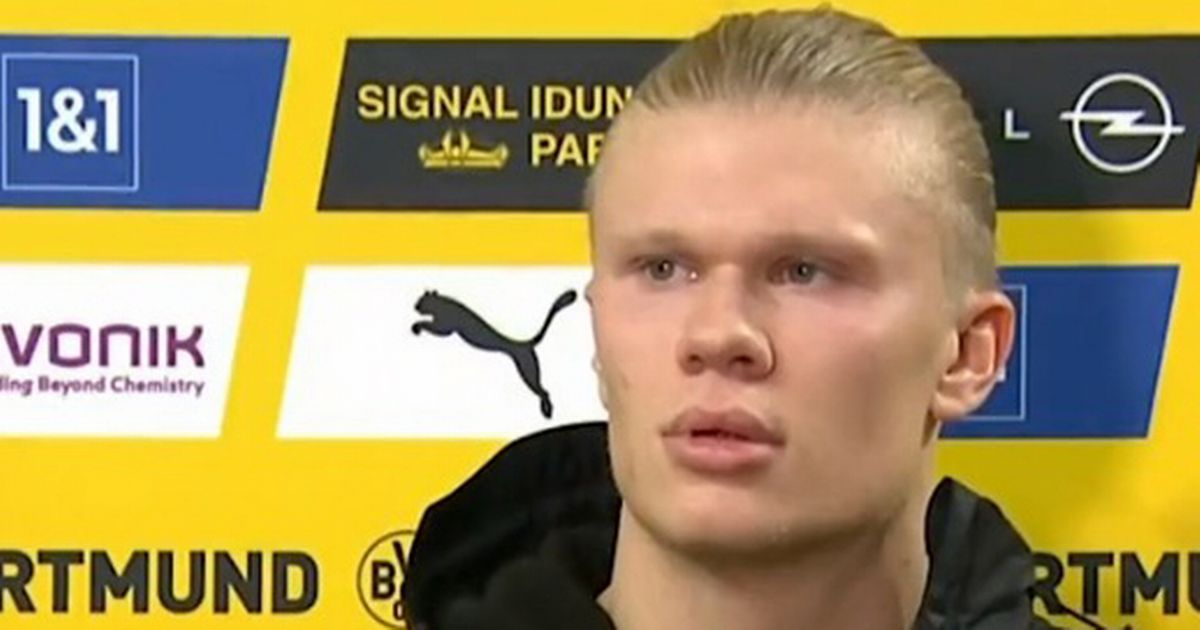 Erling Haaland has conceded he is ready to move on from comments he made about his future at Borussia Dortmund after claims that the club were pressuring him into making a decision over his next move.

Earlier this month, the Norway international told Viaplay Fotball: “Borussia Dortmund are now pushing me to make a decision about things but I just want to play football.

“That probably means that I will soon have to get things started.”

However, in a new interview with Viaplay and Sky Sports in Gemany, he declared: “I don’t really want to say too much about it [his previous remarks], but I felt it was time for me to say something.

“A lot of others were speaking – so that was it. Now, I don’t want to say too much. I said what I said, and now we move on.”

HAVE YOUR SAY! Where will Haaland play his football next season? Comment below

His original comments were interpreted by many as signs of unhappiness at the Signal Iduna Park, while his “get things started” remark was taken as a suggestion he and his agent – Mino Raiola – were getting the wheels in motion for a new challenge elsewhere this summer.

The 21-year-old Leeds-born sensation got on the wrong side of the Dortmund hierarchy with the remarks, though club CEO Hans-Joachim Watzke actually took aim at media outlets rather than the striker himself.

The Dortmund CEO said, as per SPORT1 : “Basically, that wasn’t a problem. Erling was obviously a bit bothered by that, but we can’t influence that. We told him that too.

“The fact that one or the other media outlet writes that Dortmund would give him an ultimatum – it said somewhere up until February last week – which is total bulls***.

“It’s sometimes difficult for a player who now speaks German well but doesn’t understand everything yet to understand it, did an official say that or is it pure speculation by the media.

“We have now reached a point where 98 percent of the media is based on speculation, and it ended up being that. There is no problem at all between us.”

“You mustn’t forget that the boy is 21 years old and the media are raising the issue every day,” Kehl claimed.

“But basically it’s clear that at some point the player’s throat will be full and he’ll say that it pisses him off and that he doesn’t want to hear the topic all the time and just wants to play football.”

Dortmund have already confirmed they will not parting ways with Haaland this month despite the lengthy list of potential suitors.

The German giants are thought to hope that they can persuade Haaland to remain at the club next season.

However, with a £64m release clause and Europe’s elite all circling for the No.9, another year at the Westfalenstadion looks extremely unlikely.