Bundesliga - Borussia Dortmund cruise to comeback win at Wolfsburg with goals from Can, Malen and Haaland

He’s spoken at the Harvard Business School, where academics distilled his ideas into a management book for corporate leaders.

But nothing captures the essence of why Sir Alex Ferguson was a serial winner more than a few fragments of the new film about his life and near death, Never Give In.

Ferguson tells the story of a scene at the Salford Royal Hospital, in May 2018, when having seemed to start recovering from the brain haemorrhage which put his life in the balance, he suddenly becomes confused, with 14 of his family, grandchildren and all, together in his room. 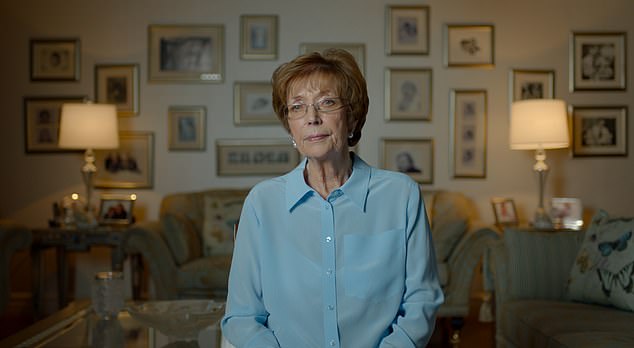 ‘My voice stopped. Trying to get the words…’ he says, simulating how he tried to speak but could not. ‘Trying to force it out and you can’t get it out…’

It was the loss of memory and speech, more than the prospect of death — which doctors initially put at an 80 per cent probability — that frightened him. So, at the doctors’ suggestion, he began writing: feverishly and relentlessly scribbling down the names of people, games, players, teams.

It was a way of somehow maintaining a neural link to all that he knew. The first of those scribblings, which he revisits and reads back in the film, reveal how terribly fragile this process really was at the start. 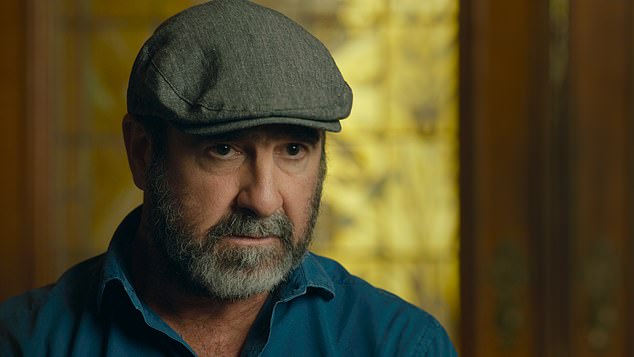 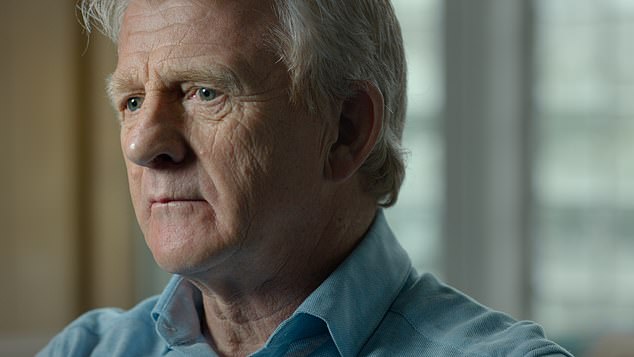 Gordon Strachan, who was with Ferguson at Aberdeen and United, is in the documentary

He had been handed a scribbling pad that was evidently just lying around, with ‘The Puzzles’ typed across the open page. What he wrote beneath was confused and barely legible, with many words written in black pen and then scratched out. ‘The Remember…that… had… the… remember.’

The film’s huge silences are one of its many qualities and we just witness Ferguson, reading back over that page. ‘God,’ he says, after a while. ‘I’m not actually still in control. In the football world and at United, I’m in control of the situation. I’m not still in control.’

An interview shot in his home in July 2018, 10 weeks after a life-saving operation, reveals how long the road back has actually been. This was the continuation of a series of filmed reminiscences, which his son Jason began with him in 2016, before Ferguson suffered the haemorrhage and collapsed into a rack of shoes in that very house. (Fatefully so, because it was the noise of the shoes falling which brought his wife running.) 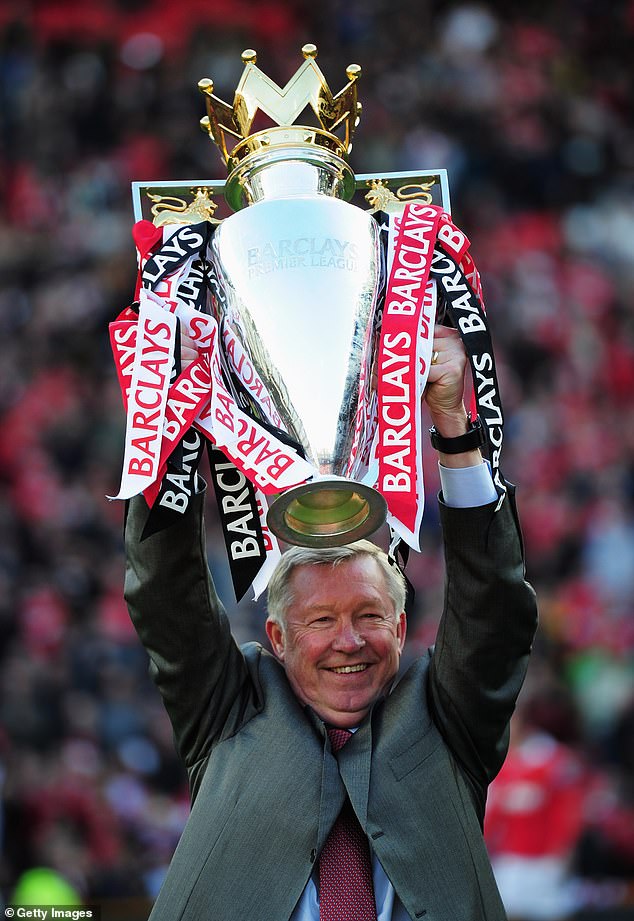 He looks terribly frail as he readies himself to speak, declining the offer of water but needing quite a time to clear his throat.

‘What you realise is what happens when you die,’ he says, eventually. ‘The moments you’re on your own, there’s that fear and loneliness that creeps into your mind. You don’t want to die and that’s where I was at. I don’t want to… I’m not going to die. I don’t want to die. These things do flash through my mind quite a lot.’

The film reveals a remarkable recovery in the three years since. Its opening scene captures him being asked to answer a number of questions put to him by Jason, the film’s director: road of the house you when were born, wedding anniversary, scorer of first goal for your Manchester United team.

He answers them all correctly, warming to the challenge as John Sivebaek’s name rolls off his tongue.

It’s tempting to think that, with his competitive instinct, he wanted this test up front. Proof that he’s seen off another demon with the same cussed, bloody-minded will to win which has seen him through many a dark tunnel in football.

The film soars far above any score-settling. The reason why Wayne Rooney, Roy Keane and David Beckham, with whom Ferguson fell out, do not even get walk-on roles is that they are temporary players on a grand sweep of managerial history. (Though Beckham delivering a corner from which United score is, curiously, one of a series of repeated images that tripped though Ferguson’s head in the early weeks of his recovery.)

Instead, the focus is on the monumental challenges this individual has overcome. A section on taking Aberdeen to European glory, having trained them on the North Sea beach and public parks, is particularly memorable.

Ferguson took huge motivation at that time from his rejection as a player by Rangers, after his momentary defensive lapse in the club’s disastrous 1969 Scottish Cup final. ‘Winning was always based on my own attitude to failure,’ he says. ‘Losing is part of the progress.’

In the background, under- pinning everything, is Govan, the Glasgow shipbuilding town which he loved and needed to escape, in equal measure.

A place of austerity and community, in equal measure. It defined and shaped him and the film’s footage of the place conveys, more than any words really can, why it meant so much to him. ‘I’m from Govan. A Govan boy.’

An element of its harshness has always translated into his management. Ryan Giggs provides a vivid description of how Ferguson went at him so furiously after his weak first-half display against Juventus, in a 1996 Champions League tie, that he threw a blackcurrant drink at his feet. 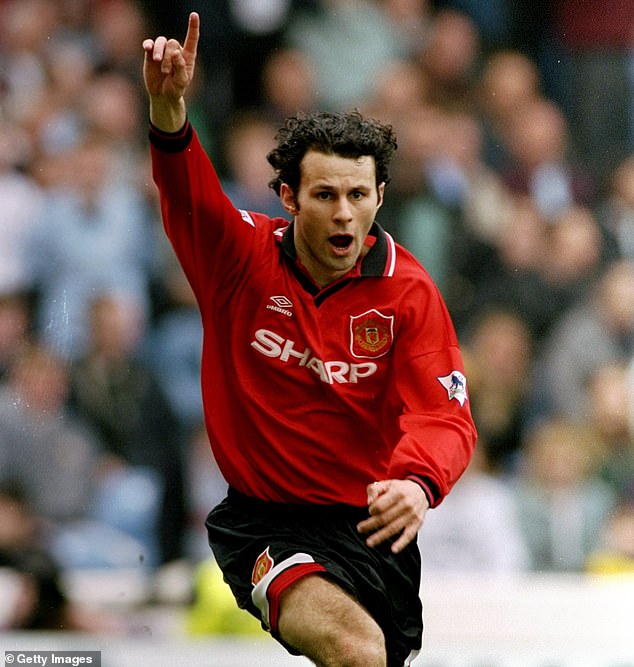 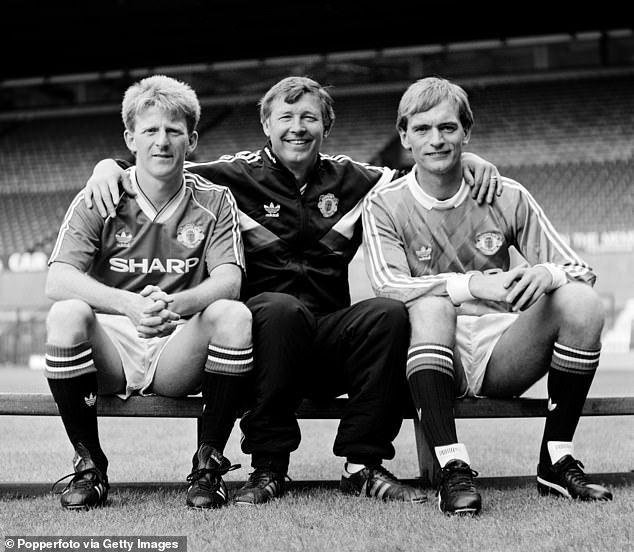 The decision to drop Jim Leighton for the 1990 FA Cup final replay, which United won, is another of the film’s most searing episodes, rendered more intense because Leighton simply could not contain his immense sadness. He is red-eyed and close to tears in one TV interview, in which he says he knows his United days are over now.

‘We never spoke again,’ relates Ferguson. ‘You lose a friend, or someone you gave his first opportunity. But make no mistake, it was the correct decision.’

Yet as Gary Neville has always said of his former manager, there was always an immense capacity to understand individually what made his players tick: a fundamental humanity, underpinning everything. Eric Cantona’s contribution to the film is the most articulate definition of that. 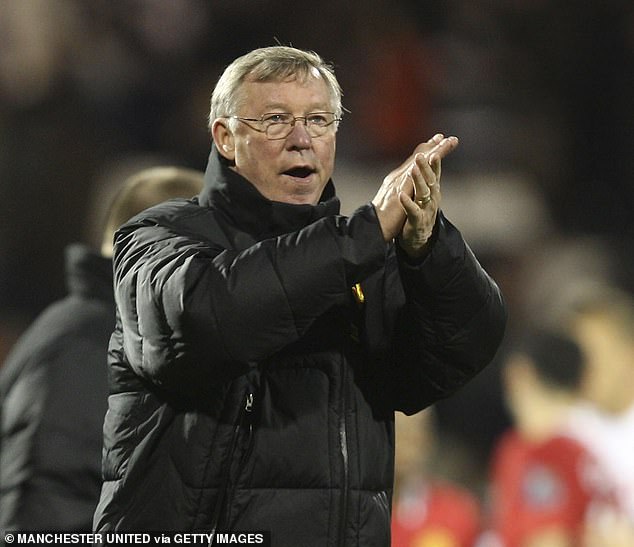 In the film, the former United manager speaks about fear, loneliness and not wanting to die

Nowhere in the film do we hear talk of tactics or pressing, formations or three-man defences.

Some argue that Ferguson would not be able to compete with the top managers of this day. That today’s teams possess a precision, finesse and energy which make his old United teams look primitive and slow by comparison.

That presupposes that Ferguson would not have adapted to the game’s relentless changes. But it also presupposes that a refusal to yield and sheer force of personality are no longer the most significant factor of all in football management.

Ask the players of Brendan Rodgers and David Moyes, who have crashed in among the richest sides this season.

It was in September 2018 that Ferguson finally felt strong enough to go back to his beloved Old Trafford. The title of the film, which is taken from the interview he gave after the 1999 Champions League win over Bayern Munich at the Nou Camp, applies just as much to these past three years as to his football days.

Adversity is part of your life, he says. ‘When it happens, you find yourself. That’s my upbringing. Never give in.’

Sir Alex Ferguson: Never Give In is released in UK cinemas from May 27. Available on Amazon Prime Video from May 29