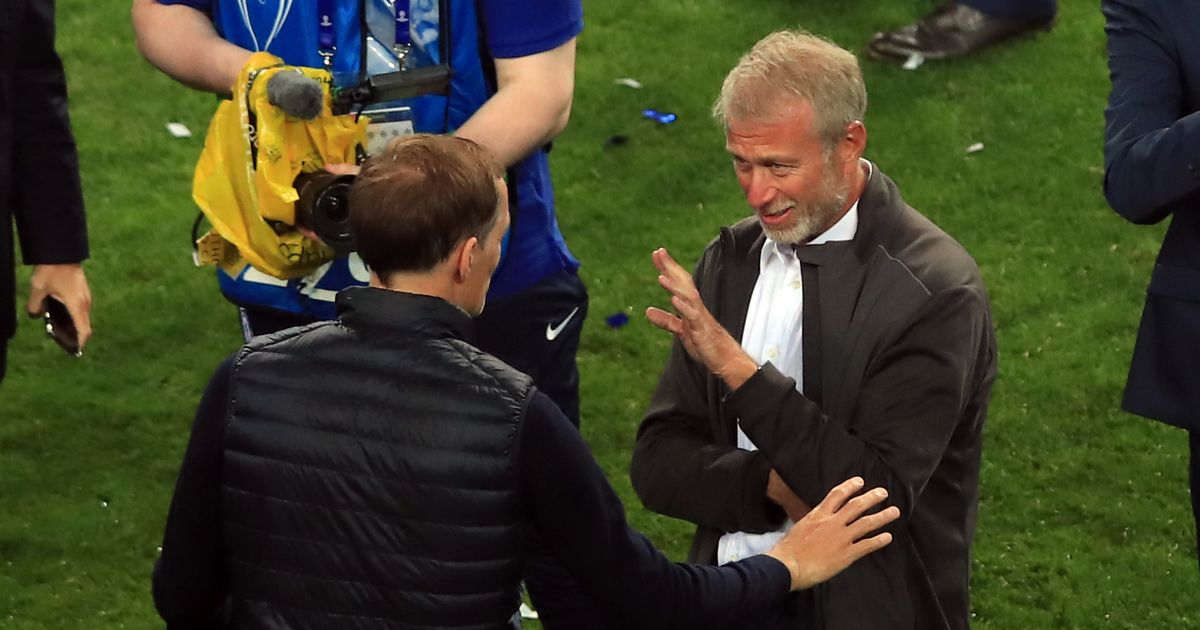 Thomas Tuchel celebrates one year in charge of Chelsea on Wednesday – and one night will remain forever etched in his memory.

It was surely the highlight of his career so far after he led Chelsea to the Champions League trophy after they beat Manchester City in Porto.

No wonder Tuchel and his staff then had a celebration to remember – a night full of gin and tonics and then having to suddenly sober up for an impromptu meeting with Roman Abramovich.

Chelsea owner Abramovich then delivered the perfect hangover cure: a new contract extension to tie down the all conquering manager until 2024.

Thomas Tuchel with Roman Abramovich at the Champions League final

Blues boss Tuchel only took charge on January 26, 2021, he was nervous as he was succeeding a club legend in Frank Lampard who had been ruthlessly sacked and remained hugely popular with the fans.

There was only one way to win over the Chelsea fans, hierarchy and players… and that was to deliver instant success.

Chelsea were big underdogs against red-hot favourites City as Pep Guardiola could sense destiny and fulfilling a dream of taking the European Cup back to the Etihad.

However, Tuchel outwitted, outthought and outmanoeuvred his rival, a manager who he likes, admires and became friendly with during their time in Germany when one was in charge of Borussia Dortmund and the other at Bayern Munich.

The celebrations started on the pitch as Tuchel raised the trophy, the families and children flocked down to the pitch to join in.

Then the party carried on back at the Alfandega Congress Centre on the banks of the Douro River in Porto.

Tuchel toasted the success with gin and tonics, he is a social animal and enjoys down time with his coaches while the players and the staff could relax after the finish of a remarkable first season under their new manager.

Then at around 4.30am, Chelsea director Marina Granovskaia told Tuchel that Abramovich wanted to see him for a 7.30am meeting.

Quickly, Tuchel switched to Coca Cola, even tried to get his head down for an hour before sitting down with Abramovich properly for the first time in the Yeatman Hotel.

What a way to meet you new boss – slightly worse for wear, the hangover beginning to kick in and yet Abramovich delivered the perfect tonic.