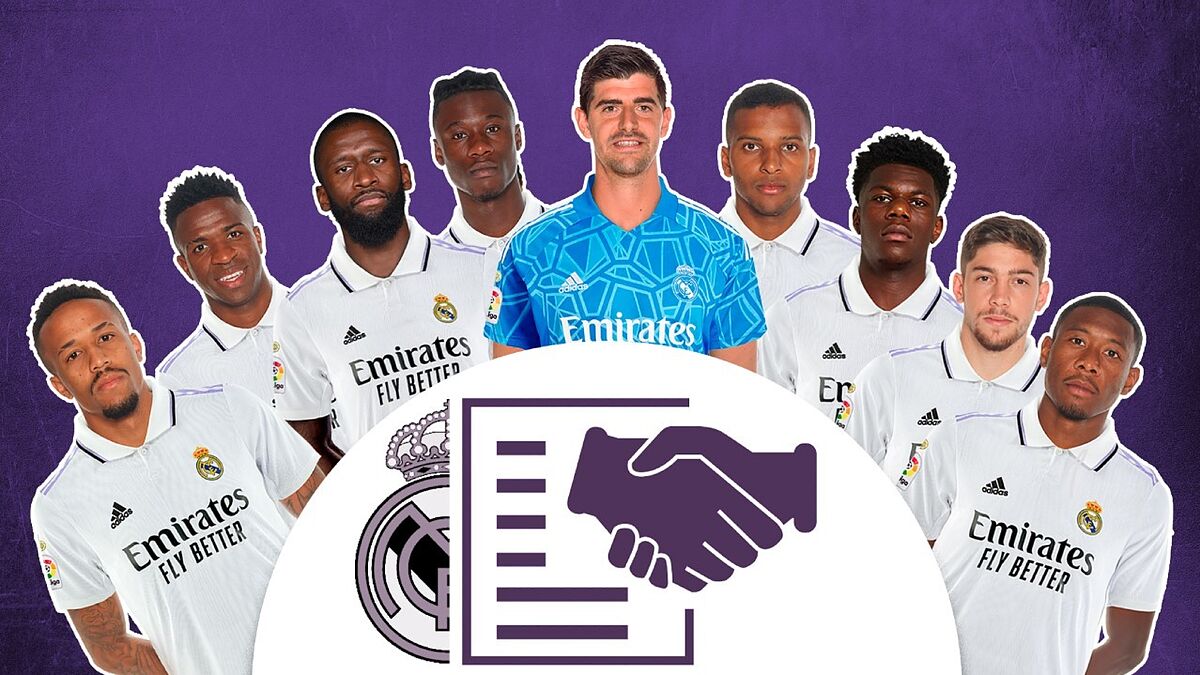 Beyond the arrivals of Antonio Rudiger and Aurelien Tchouameni, Real Madrid are moving to secure their future by renewing the contracts of Vinicius Junior, Rodrygo Goes and Eder Militao.

The three Brazilians, Thibaut Courtois, Fede Valverde, Eduardo Camavinga and the two new signings will all be tied down to lengthy contracts with Los Blancos.

The 22-year-old Frenchman is currently the player with the lengthiest deal at Real Madrid.

Rodrygo and Militao will follow suit, as Real Madrid want to reward their players for their performances last season.

Another three youngsters who are destined to be key players for Real Madrid. All three have been key to the 2021/22 Champions League triumph.

The two midfielders provided the team with energy, while Vinicius scored 22 goals and recorded 20 assists in the season. Vinicius will renew his contract and it remains to be seen whether he will do so until 2027 or 2028.

Alaba and Rudiger joined Real Madrid on free transfers from Bayern Munich and Chelsea, respectively. The Austria international was offered a five-year contract and his German colleague put paper to paper on a four-year-deal.

As for Courtois, his contract will also expire in 2026, when the Belgium international will be 34 years old.

The many scenarios for 2023

Meanwhile, Luka Modric will stay for next season and could renew his contract if he stands out again in 2022/23. Meanwhile, the same will happen with both Karim Benzema, as well as Toni Kroos if they keep on shining.

Nacho Fernandez will not have an issue extending his contract with Los Blancos, while Marco Asensio, Dani Ceballos, Borja Mayoral and Mariano Diaz, are expected to leave this summer.