‘Nothing will take away our smile’: Angel Di Maria thanks fans for their support after ‘violent’ robbery at his home during PSG’s clash with Nantes… as Argentine insists family are ‘very happy’ in the French capital

Angel Di Maria has insisted his family are ‘very happy’ in Paris and thanked fans for their support after a robbery at his home during Paris Saint-Germain’s clash with Nantes on Sunday.

The winger was substituted during the second half of the Ligue 1 game after PSG sporting director informed manager Mauricio Pochettino of the incident.

Reports from French publication RMC claimed Di Maria’s family were present at his home during the robbery while other said they were held hostage as the situation turned ‘extremely violent’. 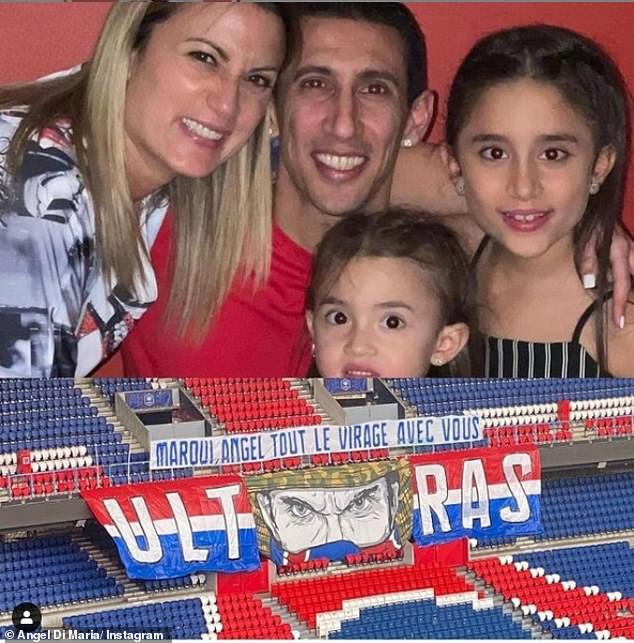 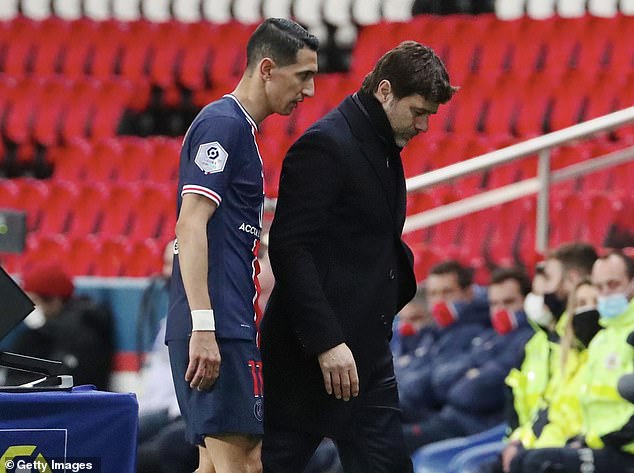 RMC added that there had also been a robbery at the home of the parents of Di Maria’s team-mate Marquinhos.

Both players played the full 90 minutes of PSG’s French Cup tie victory over Lille on Wednesday and PSG fans placed a banner in the stands in support of them.

After the game, Di Maria took to Instagram to thanks fans for their support.

Alongside a picture of his family and the banner, the winger wrote: ‘Thank you so much for always supporting. 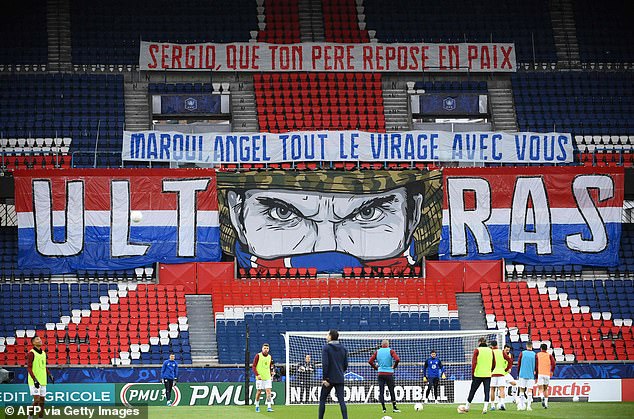 G fans placed a banner in the stands in support of Di Maria and Marquinhos, whose house was also burgled 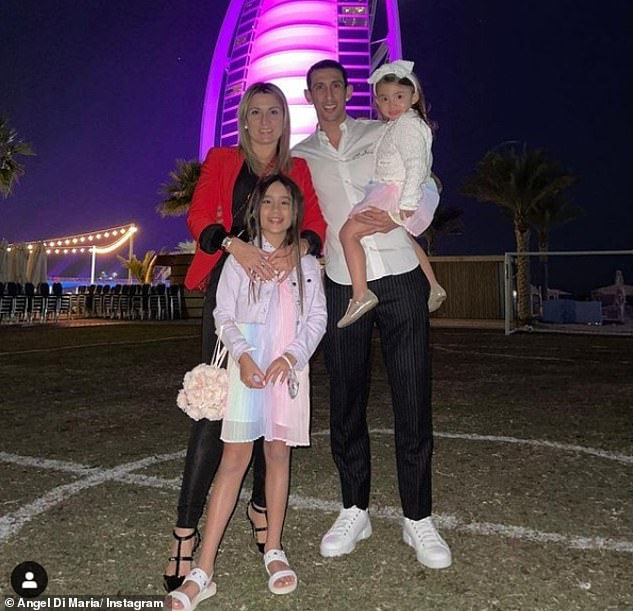 Di Maria, pictured with his wife Jorgelina Cardoso and his two young daughters, insisted his family were happy in the French capital

‘My family and I are very happy here and nothing will take away our smile. LET’S GO PARIS’.

It’s not the first Di Maria and his family have been targeted by thieves, after his home was broken into by burglars in England while he was playing for Manchester United.

A gang of three armed thugs were reported to have used metal scaffolding poles in an attempt to break through patio doors at the Argentine’s mansion in Cheshire.

It was said at the time he was eating dinner with his wife Jorgelina Cardoso and his first-born daughter when the terrifying raid unfolded.

Di Maria is the latest PSG star to fall victim to burglary with news of a Mauro Icardi’s home being hit by thieves back in January.

French newspaper L’Equipe reported that the striker had £350,000 worth of items stolen while away with his team for their clash with FC Lorient. Items which were stolen included jewellery, watches and designer clothing. 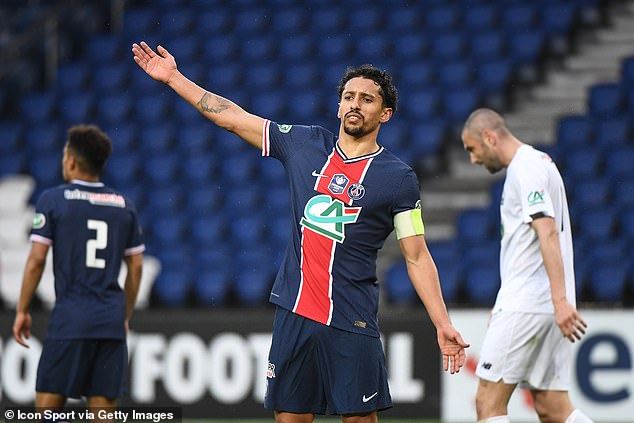 Goalkeeper Sergio Rico’s Paris home was also burgled this year while the Spaniard was in goal for the visit of Montpellier. On that occasion, Rico had roughly £22,000 worth of items stolen.

Thieves targeting footballers’ homes in Paris and across Europe has become a real concern with several incidents over the past few years.

Former PSG star Dani Alves’ property was raided back in February 2019, while Bayern Munich attacker Eric Maxim Choupo-Moting had around £530,000 worth of items, including luxury handbags, a dozen Rolex and Hublot watches as well as numerous jewels, stolen in November 2018.

The Paris home of Chelsea defender and ex-PSG captain Thiago Silva was also targeted by two intruders in December 2018, with a Richard Mille watch worth over £500,000 and some jewellery stolen. It was reported that the loot taken was valued at over £1million.