Neymar Jr sent Paris Saint Germain’s fans into ecstasy. The Brazilian forward produced a man of the match in the 1-0 loss to Bayern Munich that sent them through to the semi-finals.

What followed was Neymar Jr’s statement that he’s signing a contract extension which will keep him in the French capital for a foreseeable future. It was a wonderful night for the Ligue-1 outfit as they avenged the Champions League final defeat by knocking out Bayern Munich.

WHAT WAS SAID – NEYMAR

After eliminating Bayern Munich on away goals rule (3-3 aggregate) yesterday night Neymar spoke to ESPN Brazil.
Neymar said: “This (renewal with PSG) is no longer an issue. Obviously, I feel very comfortable and at home here at PSG. I feel happier than I was before.” 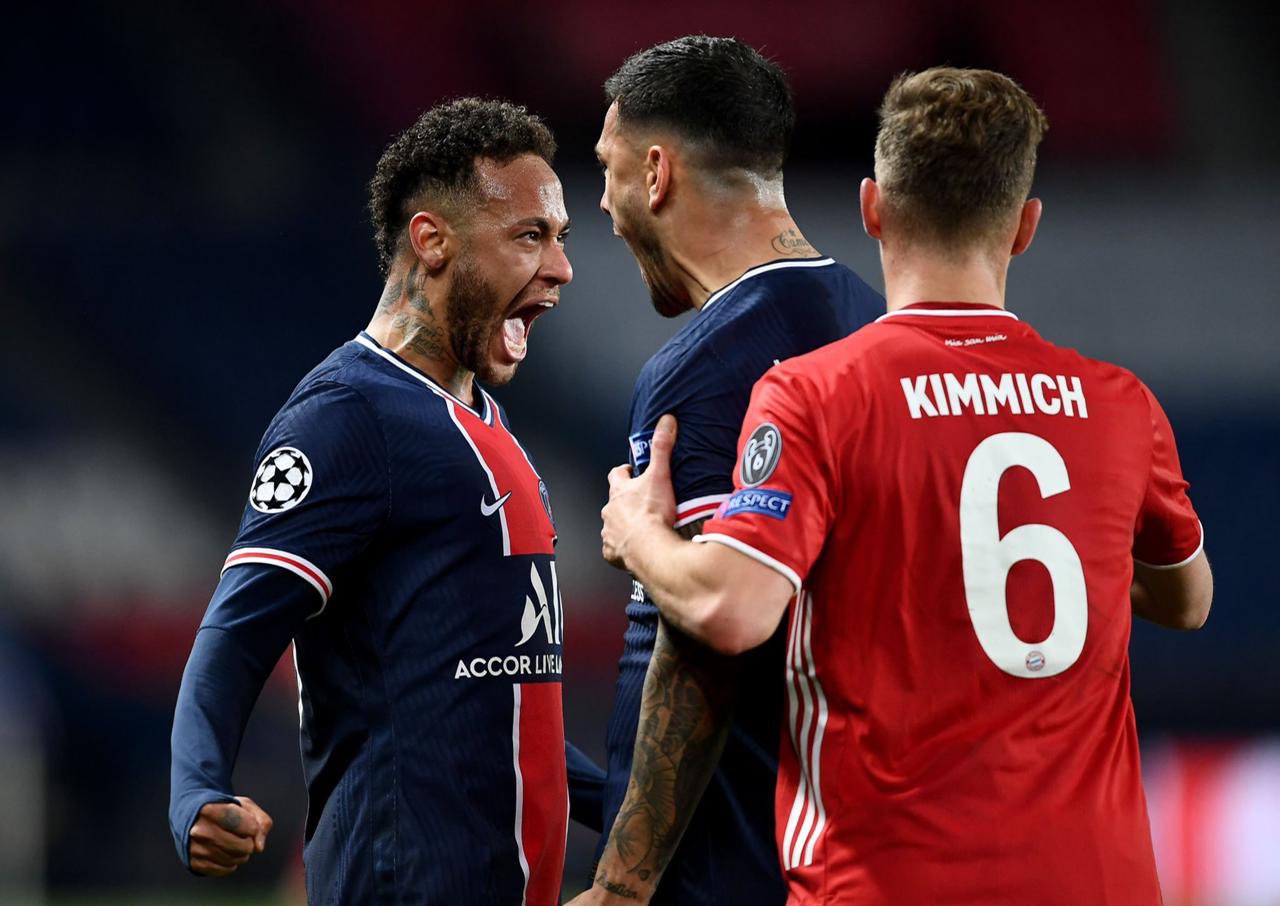 This one statement was enough to send the fans into a frenzy and according to the club president Nasse Al-Khelaifi there was not a surprise. He was bullish about Neymar Jr and Kylian Mbappe staying at the club.

Al-Khelaifi told RMC Sport. “We have invested a lot in the club to win the Champions League and all the trophies available, Neymar and Kylian have no excuse to leave. We really have everything to win all the tournaments”.

ONE DOWN ONE DOWN TO GO

With Neymar’s promise of a contract extension, all the constant speculations of a move to Spain would go away. The club can breathe easy and can now try and convince Kylian Mbappe to stay. It is said that Mbappe has set his heart on a move to Real Madrid. PSG have a monumental task to tie him down now.

Since this contract situation is resolved, Neymar can solely focus on his game now between now and the end of the season. He and PSG both have unfinished business.

Firstly, defend their league title. Lille are leading the table with 6 games remaining and Neymar would have to lead a massive rally to overturn the 3 point deficit.

Then comes the ultimate test of the Champions League. A semifinal clash against Manchester City or Borrusia Dortmund awaits. The Brazilian and Mbappe would love to lead their team to title glory in Instanbul and lift the big ol ears.