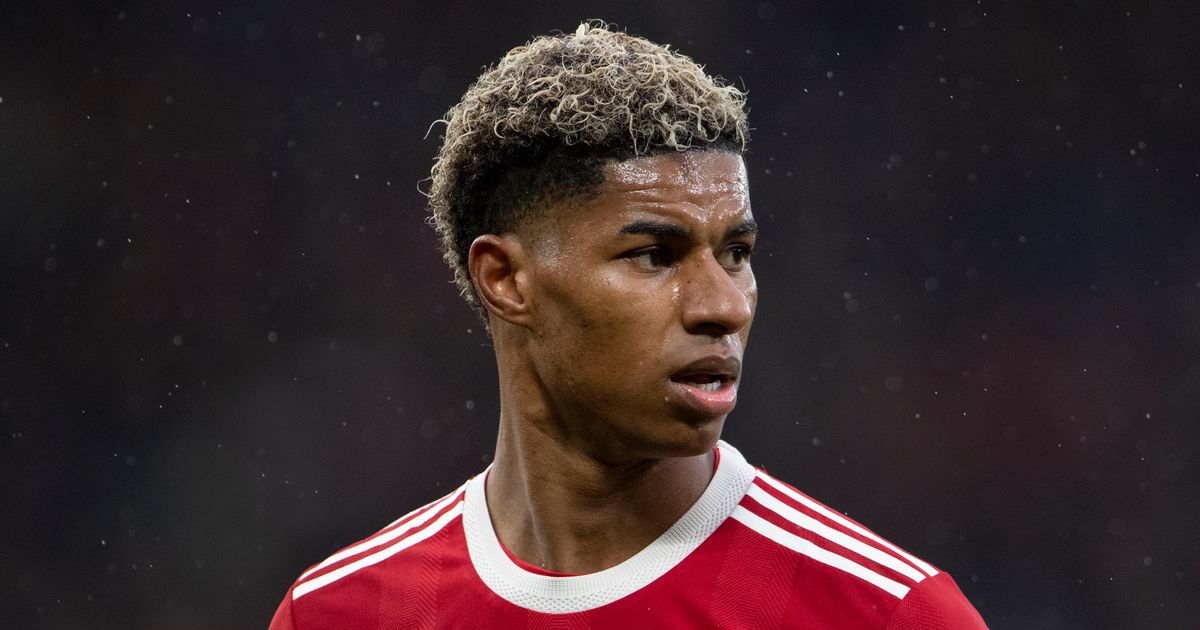 Marcus Rashford is determined to regain his Manchester United spot (

The 24-year-old’s career has stalled since England’s defeat to Italy in the Euro 2020 final at Wembley last summer. He underwent shoulder surgery following that penalty shootout disappointment and has scored just five goals in 32 games since his recovery.

Rashford’s poor form led to him being dropped from Gareth Southgate’s England squad. He will need to make a blistering start next season if he’s to regain his spot ahead of this year’s World Cup in Qatar, which starts in November and ends the following month.

Many believe Rashford should leave Old Trafford to reignite his career, with German giants Bayern Munich reportedly interested in his services. But, according to The Telegraph, he wants to stay at United and fight for his place under new boss Ten Hag.

It’s believed the forward will keep fit at an “intense” warm-weather training camp before returning for pre-season at Carrington on June 27. He reportedly wants to hit the ground running to impress Ten Hag and become a key member of United’s attack again.

Rashford was one of England’s finest forwards before his shoulder injury, scoring a combined total of 43 goals during the 2019-20 and 2020-21 campaigns. He was also a regular at United, making 57 appearances in all competitions in 2020-21.

Will Marcus Rashford regain his form at Manchester United? Let us know in the comments below!

“He’s had 13-14 games since I’ve been here now, he played more games from the start than he didn’t play from the start. I don’t think this is an issue and he never said anything about that since we spoke yesterday. But the [transfer] window is closed now.

“Even suppose he and his agents or his family at one stage of the summer think about maybe going to another club, well then he can do that but in the summer. I spoke with him yesterday and the day before so I don’t know anything about him being unhappy.

“He didn’t say anything to me, he said to me that he is still happy and that he wants to perform on a high level for the club. There was no mention of him not being happy here.”

Ten Hag spoke to the press for the first time on Monday and suggested he wanted to work with the players already at United. “I am still in the process of analysing to set conclusions,” said the Dutchman. “I am looking forward to working with these players.

“The season before, this squad was second in the league, so there is huge potential. I think if we improve, if we can work with them, I think we can get out more than what is now the result from this season.”