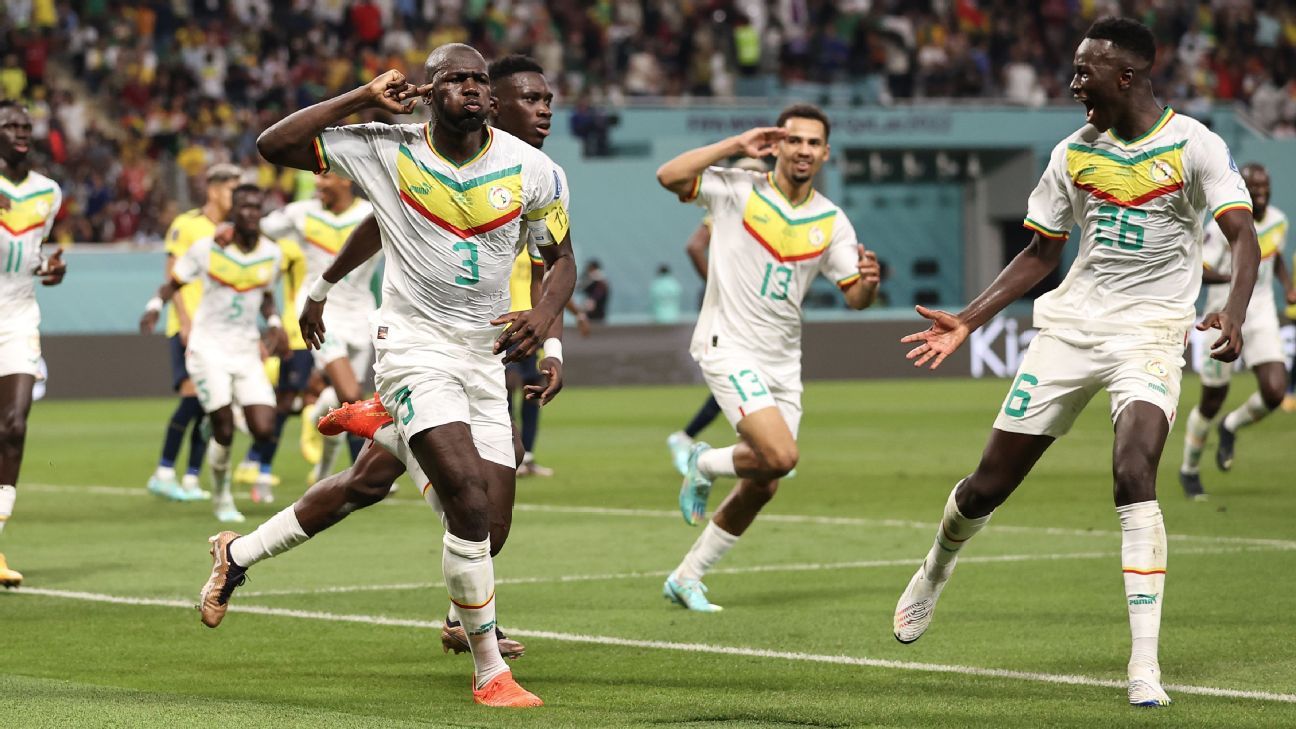 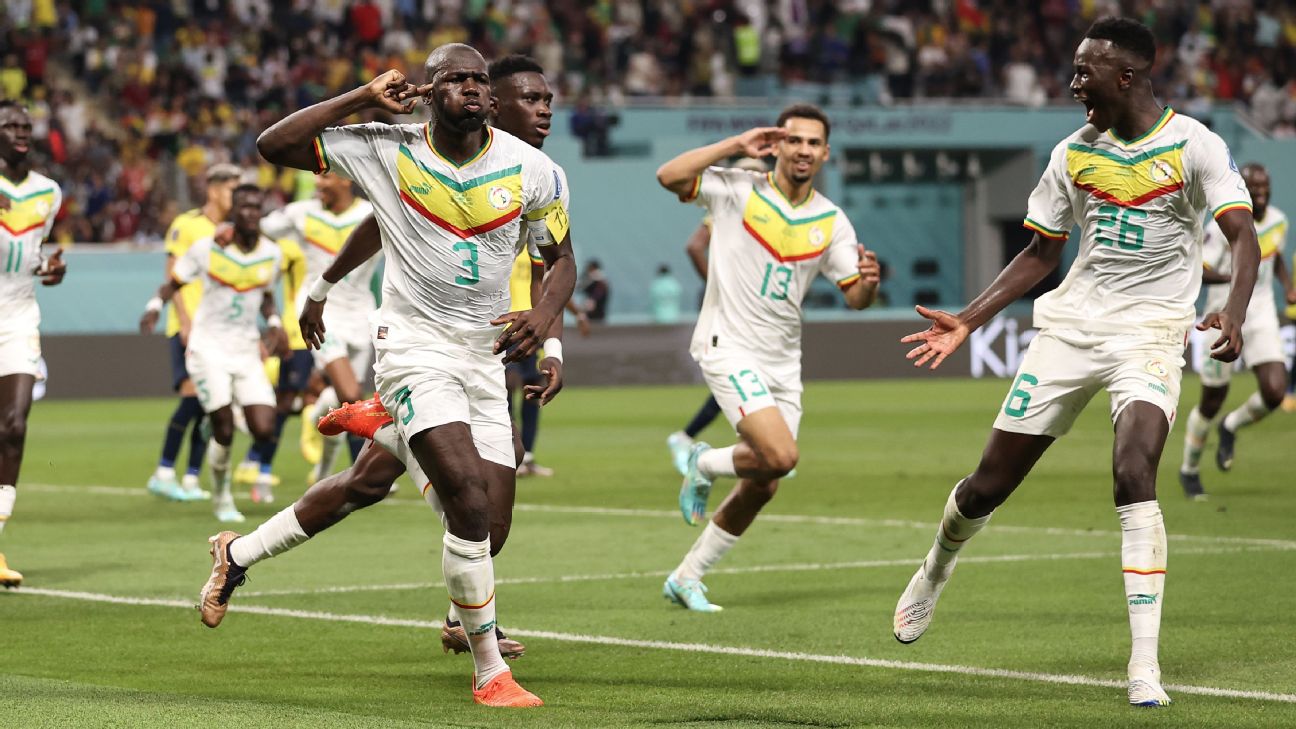 DOHA, Qatar — There was a time not so long ago that an African side losing their best player on the eve of a World Cup would have spelt disaster, but Senegal have already shown they are much more than just Sadio Mane.

The world’s second best player isn’t in Qatar after suffering a hamstring injury while playing for club side Bayern Munich just days before the tournament began yet, in his absence, coach Aliou Cisse’s side have come through Group A to set up a round-of-16 tie with England at Al Bayt Stadium on Sunday.

Even after Mane was ruled out, there was a quiet confidence in the west African county of 17 million people that they could get out of a group containing Netherlands, Ecuador and hosts Qatar. Now they have, there’s a feeling that in the knockout rounds anything could happen.

Senegal are one of just three African nations to reach the quarterfinals of a World Cup after their run to the last eight in Japan and South Korea in 2002.

It’s possible that France could lie in wait in the quarters, but there remains a belief, at least at home, that this Senegal team, winners of their first Africa Cup of Nations in February, could be the first African team to reach a World Cup semifinal.

Much of the confidence is down to players like Kalidou Koulibaly, scorer of the crucial second goal in the final group game against Ecuador to seal qualification.

If Mane is the star, Koulibaly is the cement — particularly during qualifying when Senegal conceded just five goals in eight games.

Koulibaly has used many of his media commitments in Qatar to stress that Senegal are not just Mane plus a few others.

“Two-thirds of the world probably thought we wouldn’t go through after Sadio’s injury,” he said after his goal against Ecuador. “But we are a family, a well-oiled team. There is a dream of going beyond the quarterfinal. We keep believing, we want to relate the story of Senegalese football.”

Like Cisse, who is known as a man-manager and motivator rather than a tactical genius, team spirit and togetherness is one of Koulibaly’s strong suits.

Sources have told ESPN that when Chelsea were looking to sign the centre-back in the summer, club bosses asked Jorginho, a former teammate at Napoli, for a character reference and were told “everyone will love him.” Jorginho has been proved right and after only a few months, Koulibaly — once a £90 million target for Manchester United — is a central part of the dressing room at Stamford Bridge.

He impressed Chelsea in the summer when he asked former captain John Terry for permission to take the No. 26 shirt — the same number he had worn at Napoli. He knew it would lead to easy comparisons, particularly because he and Terry play in the same position, but wasn’t fazed by the additional pressure.

Koulibaly is, however, still adapting to the Premier League after eight years in Serie A and has been caught more than once trying to win the ball high up the pitch. It was his aggressive style of defending which saw him shown a red card in a 3-0 defeat to Leeds United in August.

The 31-year-old, who was born in France and has spent his entire career in Europe, is an example of how, over time, African football has developed.

Koulibaly is one of 10 players in the Senegal squad who play their club football in England while another five play in either Spain or Italy. The last time England faced an African country in the knockout rounds of the World Cup — a quarterfinal final against Cameroon in 1990 — information about players was harder to find.

Thirty-two years ago, the bulk of the Cameroon squad, the first from Africa to reach a quarterfinal, were based at home with only one based in England, Italy or Spain. If Gareth Southgate wants any additional knowledge on Koulibaly, he only has to ask Chelsea club mates Raheem Sterling, Mason Mount or Conor Gallagher.

It won’t matter to Senegal, who will believe they have the players — even without Mane — to go toe-to-toe with the best Europe and South America have to offer.

In 1990, Cameroon shocked World Cup holders Argentina in their opening game and in 2002, Senegal did the same to reigning champions France. The goal scorer that day, Papa Bouba Diop, died in November 2020 aged just 42 — the two-year anniversary falling on the same day Senegal beat Ecuador to progress to the round of 16 and afterwards Koulibaly dedicated his goal and the result to the former Fulham and Portsmouth midfielder.

One of Diop’s teammates in 2002, El-Hadji Diouf — in Qatar as an advisor to Cisse — has already warned England that, like France 20 years ago, they are underestimating Senegal, particularly because Mane isn’t here. Koulibaly has been passing on a similar message that Senegal are more than just Mane and he’ll be out to prove it again on Sunday.