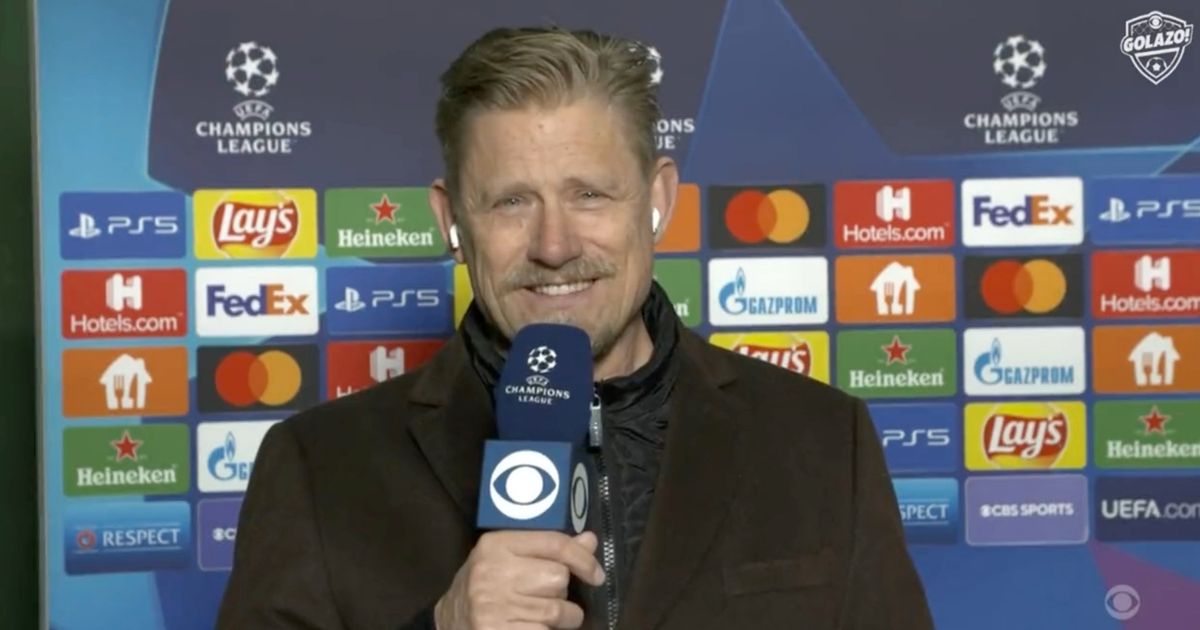 Former Manchester United goalkeeper Peter Schmeichel has a lot of faith in his old side, who will face Atletico Madrid in the last-16 of the Champions League next week

Peter Schmeichel left Jamie Carragher and Micah Richards in hysterics by insisting that Manchester United could win the Champions League this season.

United were busy in the Premier League, picking up a vital 2-0 win over Brighton at Old Trafford in their game in hand.

But Ralf Rangnick’s side will turn their attention to the Champions League knockout stages next week, when they travel to face Atletico Madrid in the first leg of their last-16 tie.

United made it through the group stage by finishing top of Group F, despite only winning half of their matches against Villarreal, Young Boys and Atalanta.

They would be viewed as rank outsiders to win the competition by most, but former United goalkeeper Schmeichel is in no doubt about their credentials.

Appearing as a guest on American broadcaster CBS’ Champions League coverage last night, he was asked by Richards: “Peter, do you honestly believe that Manchester United can win the Champions League? Be honest with me now, no messing around.”

After a long pause, he replied emphatically: “Yes. What kind of a question is that?”

Following a big laugh from the studio, which also included Thierry Henry, Carragher responded: “What kind of an answer is that?”

According to the bookies, United are currently seventh favourites to win the competition, behind Man City, Bayern Munich, Liverpool, PSG, Chelsea and Ajax.

And Schmeichel’s confidence in his former club is particularly brave, considering United’s recent run of results under Rangnick.

HAVE YOUR SAY! Can Manchester United win the Champions League this season? Comment below.

Tuesday night’s win over Brighton followed consecutive 1-1 draws against Burnley and Southampton in the Premier League and defeat on penalties by Middlesbrough in the FA Cup.

Cristiano Ronaldo broke his six-game goalless run with a powerful finish to put the hosts 1-0 up against the Seagulls, who then had Lewis Dunk sent off.

Bruno Fernandes added gloss to the score line on the counter-attack in the 97th minute to send Rangnick’s side up to fourth in the Premier League table.

They will travel to Leeds United for a derby on Sunday before a trip to Madrid to face Diego Simeone’s side in the last-16 first leg.

“Big win but we still have quite a few games to play after three draws,” Rangnick said after the Brighton win.

“It was different from the last three games because we were Dr Jekyll in the first-half and this time in the second-half.

“I think it’s better in the second-half when it’s still 0-0 we can win the game in the end. Today it was only about getting the three points.”