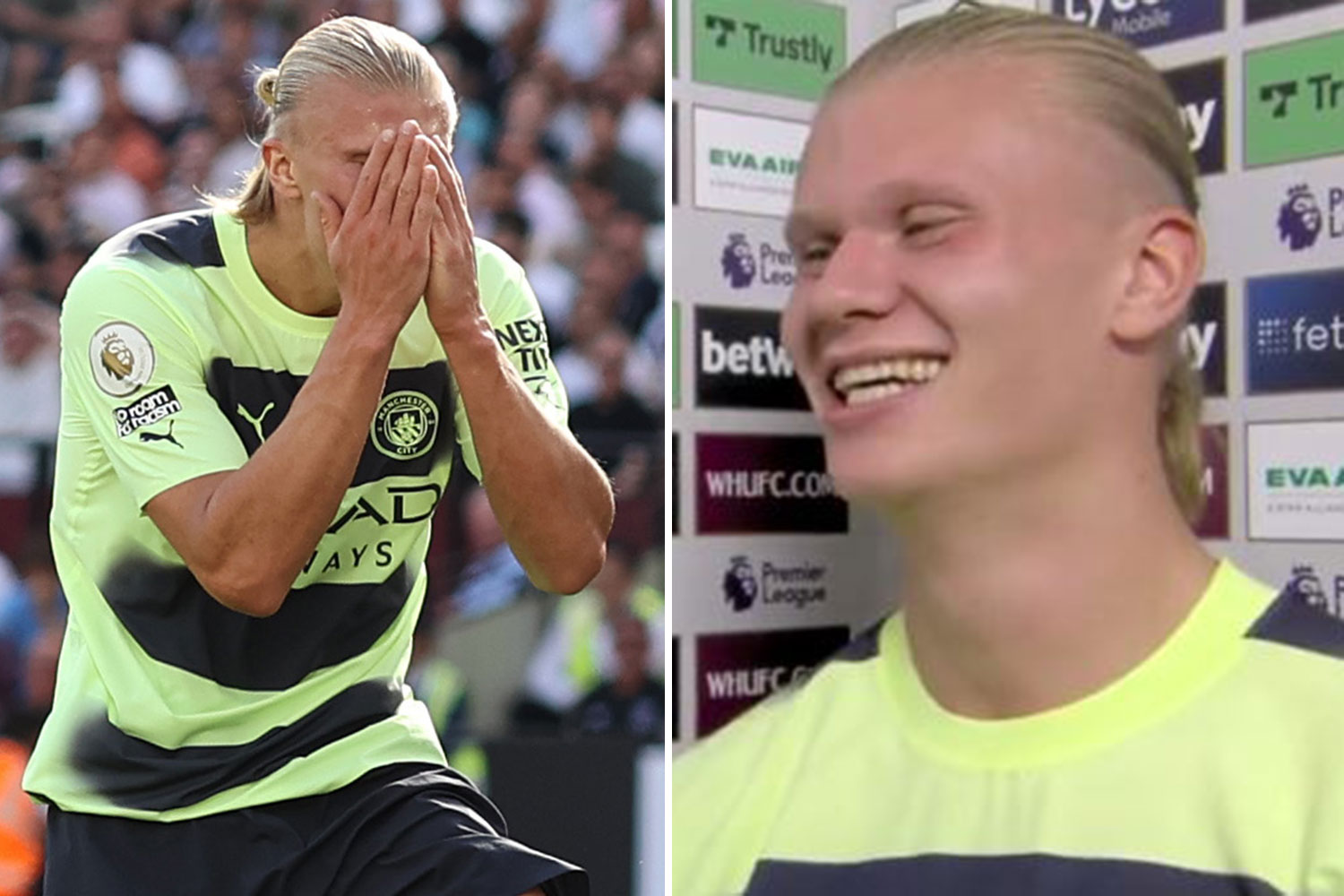 MANCHESTER CITY star signing Erling Haaland had fans in stitches after swearing TWICE in his first ever post-match interview.

Haaland hit the ground running on his Premier League debut as he led City to a 2-0 victory over West Ham with a brace at London Stadium.

The star striker admitted after the game on camera that he could have scored a hat-trick if he had connected with Ilkay Gundogan’s cross during the closing stages of the match.

That is when the Norway international got ahead of himself and swore on live television in front of the entire world.

Haaland told Sky Sports: “Yeah, I could [score a hat trick]. If you saw [that cross from Gundogan], before I went off, I should have been there.

Reporter Geoff Shreeves advised Haaland to “steady with the language” after that unfortunate slip.

The Norway international and Shreeves started laughing awkwardly before getting the interview back on track.

Fans were in hysterics after the hilarious incident and flooded Twitter to laugh it out.

Another posted: “Haaland cursing on his interview I love this guy.”

This fan said; “Erling Haaland is ‘s**t’ good at interviews.”

And this one tweeted: “Petition to make Haaland do post match interviews every week.”

City’s victory gave them an early advantage over title rivals Liverpool, who dropped points in a shock draw at Fulham on Saturday.

And Haaland warned there will be much better to come from his new side.

He said: “It was good. [It was a] good start there is nothing much to say other than that and it was 2-0.

“Good to get some minutes in the legs early in the season and we have to keep going.

“As expected we saw the potential against Bayern [Munich in pre season] and it was a bit down against Liverpool.

“It will come with games, it should have been more today.”

Haaland’s dad Alf Inge, who played for City at the turn of the century, was beaming in the stands as he watched his son’s flying start.

Haaland Jr added: “There were some good celebrations so I’m happy.

“It’s nice that he saw both goals as it is a big moment for me as a debutant in this competition.

“Also now it is almost 30 minutes since I scored the last goal so I have to keep going.”