Germany have been left seething after being denied access to train at Wembley before their round-of-16 clash with England on Tuesday.

Manager Joachim Low’s men were expecting to be able to use the pitch but their preparations have been scuppered by UEFA ruling that the recent wet weather could lead to damage of the surface if teams train on the pitch.

Italy and Austria, who played in the capital on Saturday evening, were also unable to visit Wembley prior to their last-16 bout, which the Azzurri won 2-1 after extra-time.

Previously, all Group D sides facing the Three Lions were able to train at the stadium the day before games but the alteration will add further spice to the mouthwatering matchup.

Many in the Die Mannschaft camp are said to be furious with UEFA’s decision, feeling that England now boast an unfair advantage, report Bild.

Germany are set to fly into London on Sunday but they will only be able to check out Wembley once they arrive for the grudge encounter on Tuesday evening 90 minutes before kick-off.

The news has rubbed salt in German wounds, having also been angered by the fact that just under 2,000 of the 45,000 tickets will be made available to their supporters, all of whom have to be UK-based due to coronavirus restrictions.

Wembley’s capacity has been bumped up from 25,000 at the group stage, but no visiting fans are permitted to attend despite the increase due to UK government measures.

Bild were scathing in their view of the situation; describing the decision as a ‘distortion of competition’ to favour the Three Lions and they state that players should be allowed to experience ‘the aura of the stadium, the smell of the (changing rooms) and the feeling for the turf’ ahead of such a mammoth affair.

It could be Low’s final match in charge as the 61-year-old will step down from his role after 15 years at the end of the tournament, a reign that has seen him lift the World Cup and transform his national team into one of the world’s most consistent elite outfits.

Will England get their Euro revenge on Germany? Comment your score prediction below.

At Euro ’96, Die Mannschaft beat the Three Lions in a semi-final on penalties, with current England boss Gareth Southgate missing the crucial spot-kick at the old Wembley after a 1-1 draw.

Tuesday’s reunion is tough to call, with England not dazzling during the group stages – scoring just two goals but conceding none – and Germany boasting a mixed record from the ‘Group of Death,’ most recently drawing with Hungary despite beating Euro holders Portugal 4-2 four days prior, following a narrow loss to France.

The Three Lions will be hoping to have isolating pair Ben Chilwell and Mason Mount available, while Low and co are expected to welcome Thomas Muller back into the starting XI following a knee injury that kept him out of the final Group F tie.

Versatile defender Lukas Klostermann is still out, unlikely to be fit unless Die Mannschaft make it deep into the knockouts.

In this article:Bayern München, Featured, UEFA 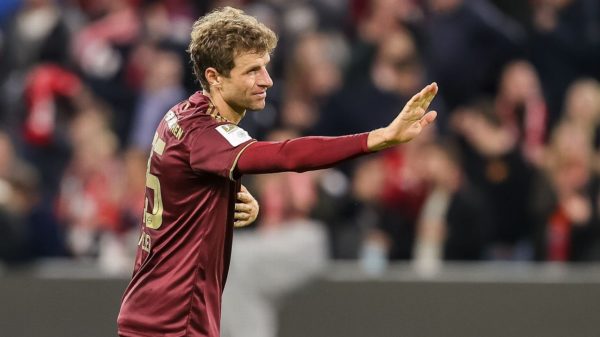 Thomas Muller and Joshua Kimmich have tested positive for COVID-19 and have gone into isolation, Bayern Munich said on Saturday, Both players were in... 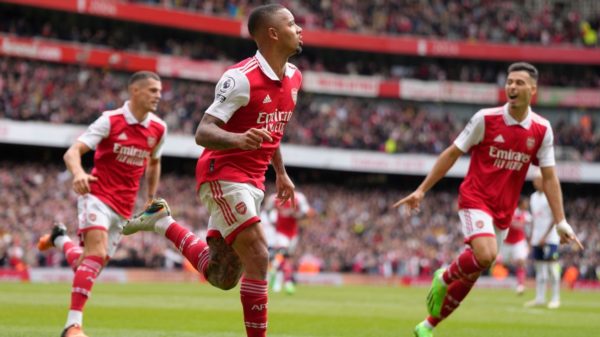 LONDON — Arsenal made it look easy in the North London derby, running out 3-1 winners against archrivals Tottenham Hotspur. – Stream on ESPN+:...

LONDON — Arsenal made it look easy in the North London derby, running out 3-1 winners against arch-rivals Tottenham Hotspur. – Stream on ESPN+:...