Barcelona: More bad news for Barcelona: Injuries to Kounde and Araujo are confirmed

Canada vs Morocco - World Cup Group F: How they're doing, injuries and prediction as Atlas Lions look to qualify

Sadio Mane at 2022 World Cup: Will Senegal star play against England in Qatar? How long is Bayern Munich star injured? 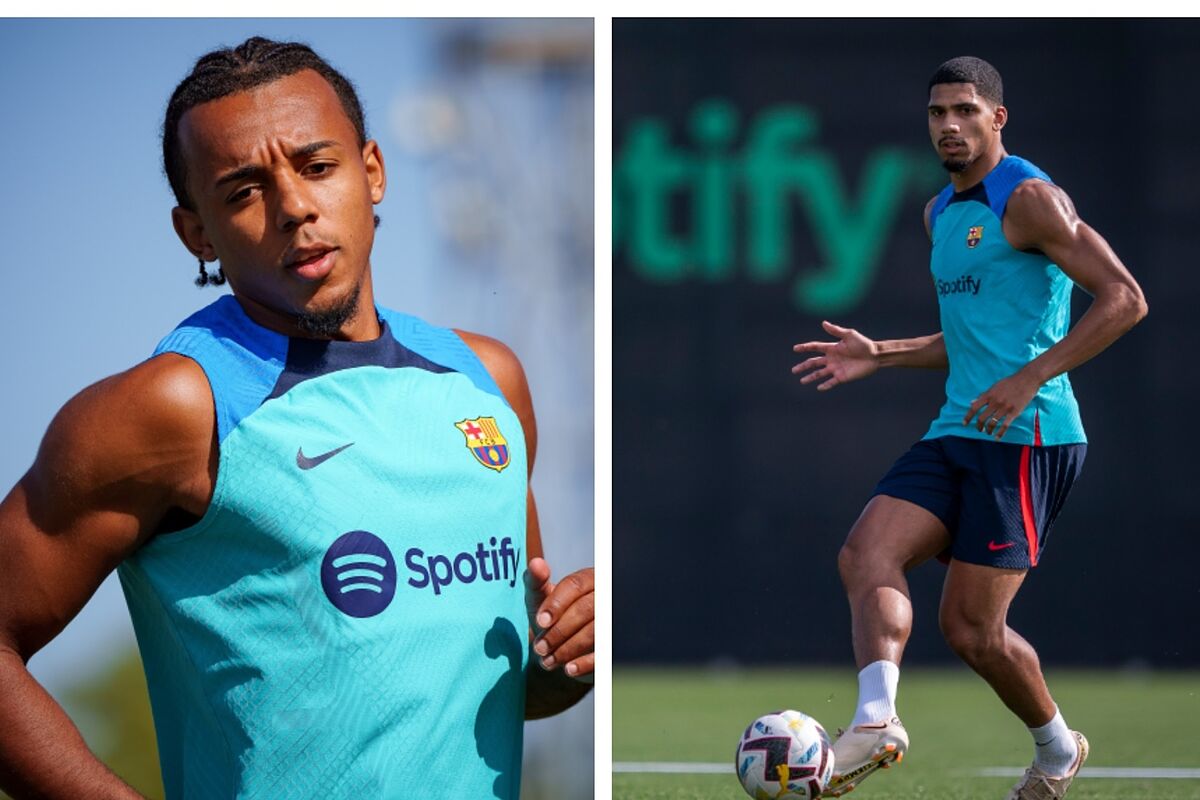 Barcelona have confirmed that Jules Kounde and Ronald Araujo have suffered injuries following examinations and tests carried out by the club’s medical department on the two defenders.

The players will be out of action for around three to four weeks, although the club have not announced the recovery time they will require.

Both players went to the club’s training ground early on Saturday morning to undergo the necessary tests. Later, Barcelona announced that Kounde had a left thigh injury and that Araujo had a problem in his right thigh.

The former Sevilla player was injured on Thursday in France’s UEFA Nations League match against Austria, whilst Araujo had to withdraw just seconds after the start of Uruguay‘s friendly match against Iran on Friday.

Xavi’s options to cover the injuries

The two absentees are important for Xavi as they are both first-choice defenders. The Frenchman was playing at right-back and the Uruguayan was a regular centre-back.

Hector Bellerin and Sergi Roberto are the options to replace Kounde, whilst Andreas Christensen and Gerard Pique are the alternatives to Araujo, who has been positioned alongside Eric Garcia at the heart of the Blaugrana defence.

Marcos Alonso, a left-back, could also move to left centre-back if that is needed.

Waiting on updates on the Dutch internationals

Memphis Depay and Frenkie de Jong have also withdrawn from the Netherlands national team due to injuries and are awaiting medical tests due to take place on Saturday.

Both suffered hamstring injuries during the game against Poland and there is particular concern over the attacker’s complaint, with it potentially being a rupture of the hamstring.

Neither of Louis Van Gaal‘s two internationals were starting options for Xavi at the start of the season, although the midfielder has been getting regular minutes.

Barcelona are facing an intense schedule before the World Cup. Over the next month they face Real Mallorca, Celta Vigo, Real Madrid, Villarreal and Athletic Club in LaLiga Santander, whilst in the Champions League there are two meetings with Italian giants Inter before they play Bayern Munich for the second time.