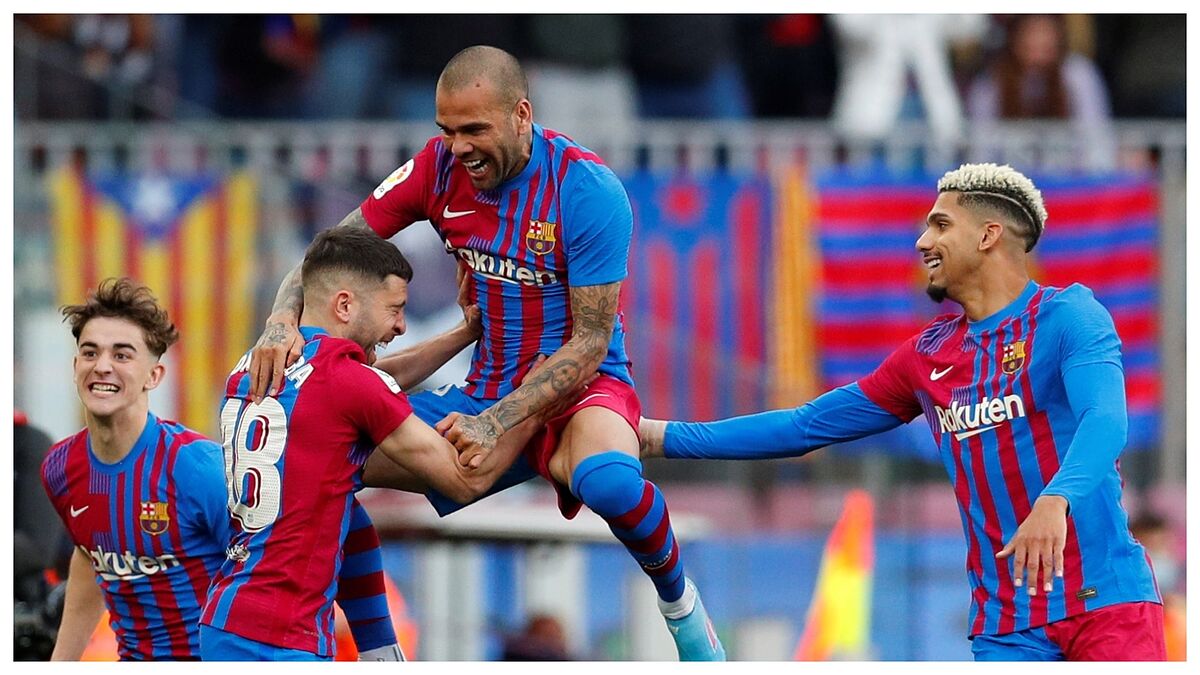 There was a lot at stake in Barcelona‘s game against Atletico Madrid at the Camp Nou, as the two teams are expected to compete for a Champions League spot until the end of the season.

The Blaugrana managed to overcome Atleti, winning 4-2, as they climbed up to fourth in the LaLiga Santander table.

Meanwhile, this was the first game that Barcelona have managed to win against a so-called big team, as they had previously failed to do so against Atletico, Real Madrid, Bayern Munich and Benfica in the first half of the season, while they were also eliminated from the Copa del Rey following their defeat to Athletic Club.

This time, however, Xavi Hernandez‘s side found the formula to grab all three points, despite Yannick Carrasco‘s early opener at the Camp Nou.

Barcelona showed character and managed to turn the game around in spectacular fashion, with full-backs Jordi Alba and Dani Alves both getting their names on the scoresheet.

The former, who has been criticised for his performances lately, reacted by celebrating the goal as if he had scored in a Champions League final, while Alves netted Barcelona‘s fourth with a smooth first-time strike from the edge of the box.

Gavi was teed up by Adama Traore for Barcelona‘s second and Ronald Araujo scored one of his own to make it 3-1 to the Blaugrana.