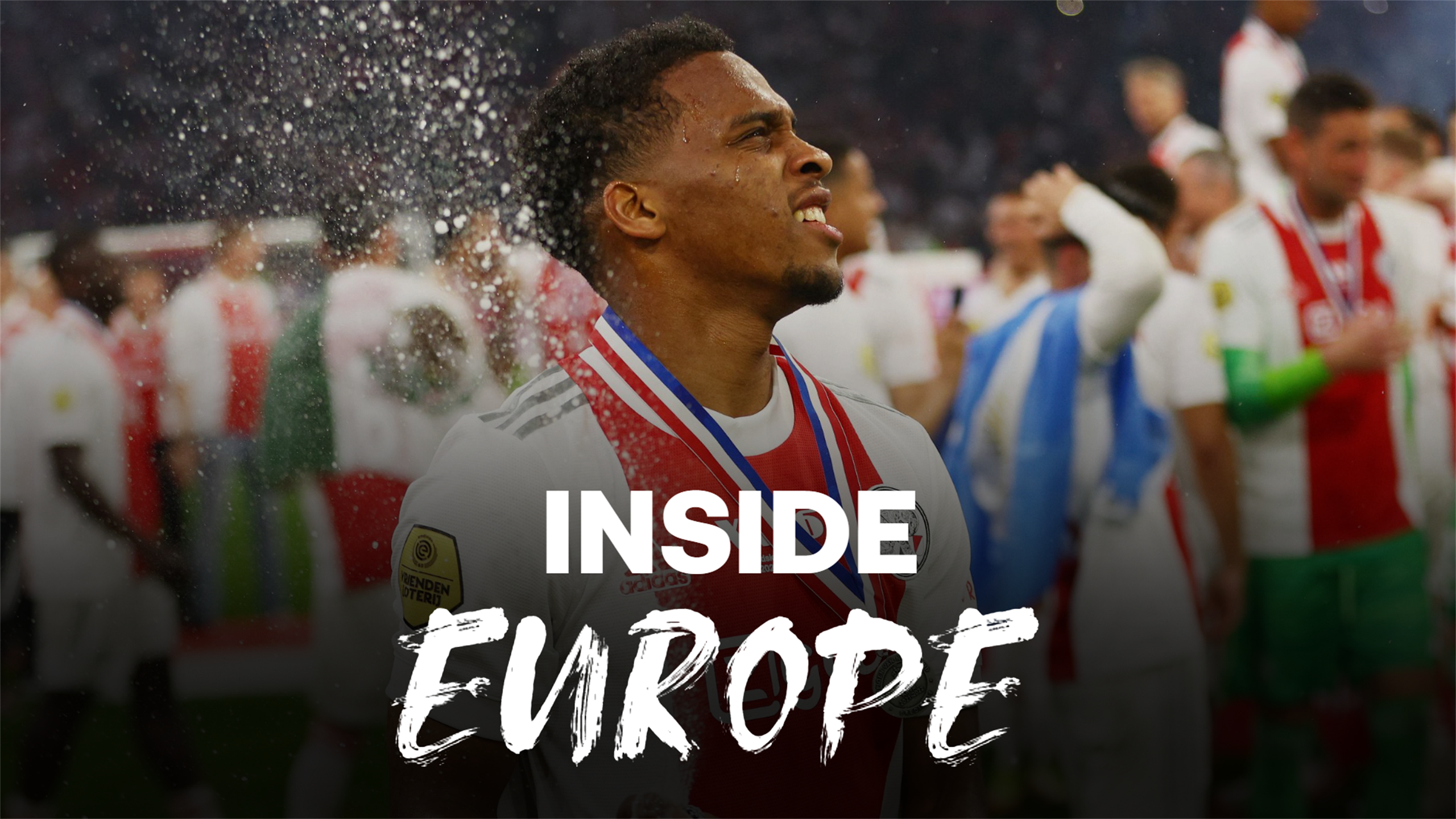 The 20-year-old centre-back made 43 appearances for Ajax this season and was a key player as they retained the Eredivisie title. New Manchester United manager Ten Hag said recently that “all top clubs in Europe have Timber in their sights”, but he is under contract with the Dutch side until 2024.

Eurosport Netherlands’ Kevin Van Nunen gives an in-depth view on Timber, including what the future holds, who he compares to, his strengths, and which league would suit him best…

Ten Hag: Ronaldo is a giant and I want to keep him

What sort of player is Timber?

If you ask any Ajax fan they will tell you Jurrien Timber is the natural successor to Matthijs de Ligt. Perr Schuurs was the crown prince’s replacement after De Ligt left for Juventus in 2019, but he has never really made it. He loses one-on-one duels too often, isn’t really a killer at the back, always has a weak moment, is guilty of letting goals in or giving chances away. He’s just not reliable.

Schuurs is 22 but despite being two years younger Jurrien Timber is the opposite of him. He can shut down a striker, wins his personal battles, doesn’t show any weakness and solves problems when he comes one on one with an attacker and is a really reliable defender. His appearance is one of confidence, while Schuurs look like a rabbit in headlights at times.

The comparison with De Ligt is of course an easy one. But sometimes easy is good. De Ligt is already forgotten…because now Ajax has Timber. Ajax never looks back, but instead always to the future and the future is secured with Timber. Timber runs the show at the back, together with Lisandro Martinez who attracted interest from other clubs as well (Barcelona is rumoured but he’s probably too expensive), but it’s not that Timber leans on Martinez. Not at all.

Coincidence or not, Ajax lost one match in 2022 and that was when Timber was not available because of injury.

De Ligt was a little bit younger and some years ahead of Timber when securing a place in the starting XI, but this is because De Ligt was really young and early. Timber is just the next big talent of Ajax. Timber was last week selected by the technical staff as Talent of the Year, Martinez was the Player of the Season voted by the Ajax fans. According to Erik ten Hag it was a ‘no brainer’ to select Timber as a prize winner.

What are his strengths? What does he need to work on?

I think his biggest strength is his reliability. For some players it takes years and years to become reliable while other talents don’t even reach this level, as I pointed out about Schuurs. If you’re reliable at a young age you can only become better and better. And that’s what Timber will be. He just has to keep this up and mature a little more.

Timber made his debut when Ajax had a tough run, just before the Covid-19 pandemic started. He was 18 back then and it was a must-win game for Ajax to stay on top, but they lacked confidence. Despite all this, Ten Hag started Timber and he played like it was his third season at the heart of the defence, not his first game in what was a difficult situation. Ajax won 3-1 at Heerenveen, and was declared top on goal difference (not official champion!) after the league was stopped and played Champions League again. Even on his debut Timber looked mature.

Is he ready for a move to a club like Man Utd?

I’ve praised Timber over and over again so far, but I think it’s a little bit too soon for a big transfer to a big club in a top competition. Why? Because Timber hasn’t experienced any setbacks yet. He’s hardly made a mistake, hasn’t suffered any injury that took a month or more and didn’t have any real criticism yet.

His learning curve is steep, very steep, but you also have to harden yourself when things get though. Things didn’t get tough, but it will, especially at Ajax. The best talents bounce back after one of these setbacks. After bouncing back, they’re ready for a transfer. Timber is, almost, even despite his young age, but this summer feels just a little bit too soon.

Would you compare him to De Ligt when he left Ajax?

He’s behind a little bit, but can you blame him?! De Ligt did experience some real crisis at Ajax, shortly after Ten Hag’s arrival when the club was in a crisis and everybody was unhappy. Timber just experienced the good times, although in the years of De Ligt Ajax was a little bit better, and more lucky, in Europe. De Ligt won the Golden Boy Award and played in a European final and a Champions League semi-final. Timber reached the quarter-finals of the Europa League and the last 16 of the Champions League, in which Ajax got eliminated by a not-so-good Benfica. In terms of these experiences Timber is behind De Ligt.

But, he has already played six matches for the national squad. That’s quite a lot for a 20-year-old defender and this speaks to his advantage, but De Ligt already played at the Euros…even though it turned out to be a disappointing tournament. Timber however is a candidate for a place in the Oranje starting eleven at Qatar 2022, although De Ligt, Virgil van Dijk, Stefan de Vrij and others are also around. But his place in the squad looks secure…

Are any other clubs a possibility in terms of signing Timber?

To be honest, as of now there isn’t really much talk about a Timber transfer in the Netherlands. It could happen, of course, but Ajax will lose quite a few players this summer, the club is at the end of a few years’ cycle like so often before, but Timber really is one of the players they want to build around and Ajax will at least try to renew his contract, which runs to 2024 at the moment. This summer, there is no need to sell and when Antony and Ryan Gravenberch both leave for a big, big sum the big money ship docks again in Amsterdam and there’s no need at all to sell Timber as well.

And, what’s also interesting: twin brother Quinten is in the frame to make a return to the Johan Cruijff Arena after leaving Ajax on a free in summer 2021.

Jurrien was promoted to the first team at the start of 2020, but Quinten needed a little more time to develop and couldn’t make it at first. So he joined FC Utrecht (Ten Hag’s former club) where he had a really good first year, which opened the eyes of all the big clubs in the Netherlands: Ajax, Feyenoord, PSV…

I think it would be a dream for both Jurrien and Quinten to play together again! This possible reunion is more of a talking point at the moment than which club is interested in luring Jurrien away from Amsterdam, although last week Bayern Munich was briefly mentioned next to Man Utd.

However, Bayern already gets Noussair Mazraoui and probably Gravenberch so a third player from the same club seems a bit unlikely…