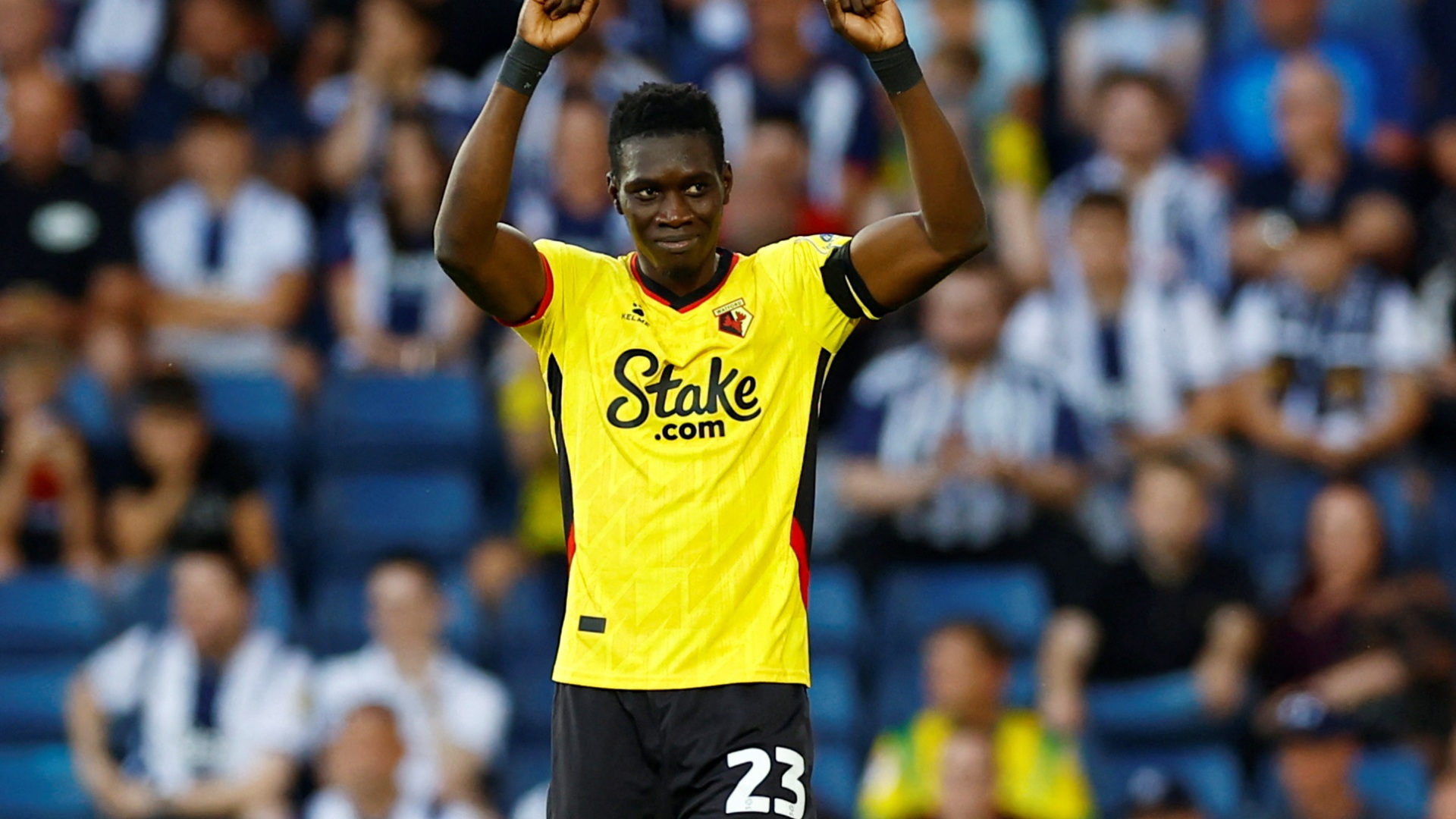 FOOTBALL is well and truly back – and Watford star Ismaila Sarr has ensured it has returned with a bang after scoring this incredible goal.

The winger was in action for the Hornets tonight at fellow promotion hopefuls West Brom.

And it only took 12 minutes for the 24-year-old to produce his moment of magic.

With the score still goalless, Sarr received the ball around five yards inside his own half with his back to goal.

He found himself under no pressure from West Brom, which allowed him to turn and spot Baggies stopper David Button off his line.

Without a moment of hesitation, Sarr instantly decided to pull the trigger, despite still being inside his own half, and watched on as it sailed towards goal.

Button attempted to scramble back, but he was too far out, and he could do nothing as the ball floated over his head and into the net as Sarr raced off celebrating.

Former Watford midfielder David Payne told on BBC Three Counties Radio: “What a goal, what a finish. That is some goal.

“Watford have been under severe pressure, but the ball drops middle of pitch and Ismaila Sarr does that.

“David Button has to look at his positioning.

“Sarr delivers a powerful chip – I don’t even know how you describe it.”

While another fan tweeted: “Ismalia Sarr with the goal of the season already.”

As another commented: “Oh wow! Sarr has just scored a ridiculous goal for Watford.”

That memorable moment came on the opening day of the 1996/97 Premier League season.