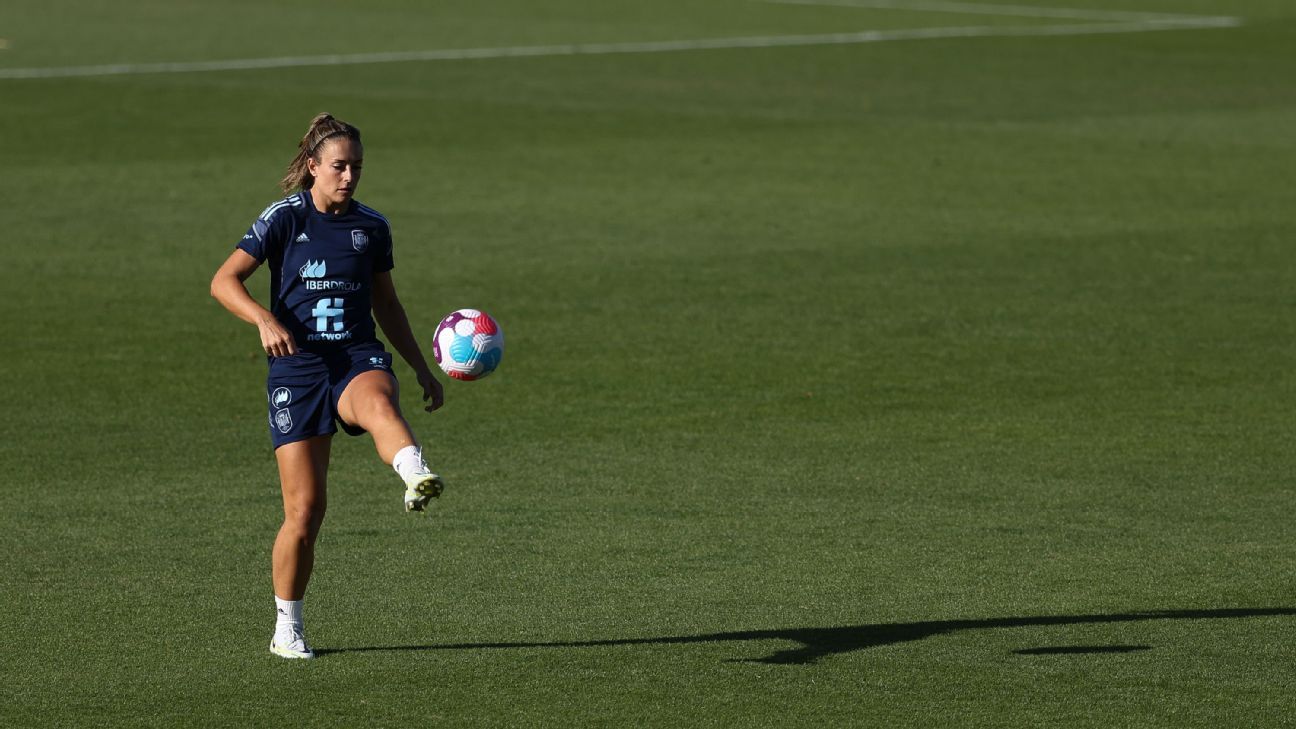 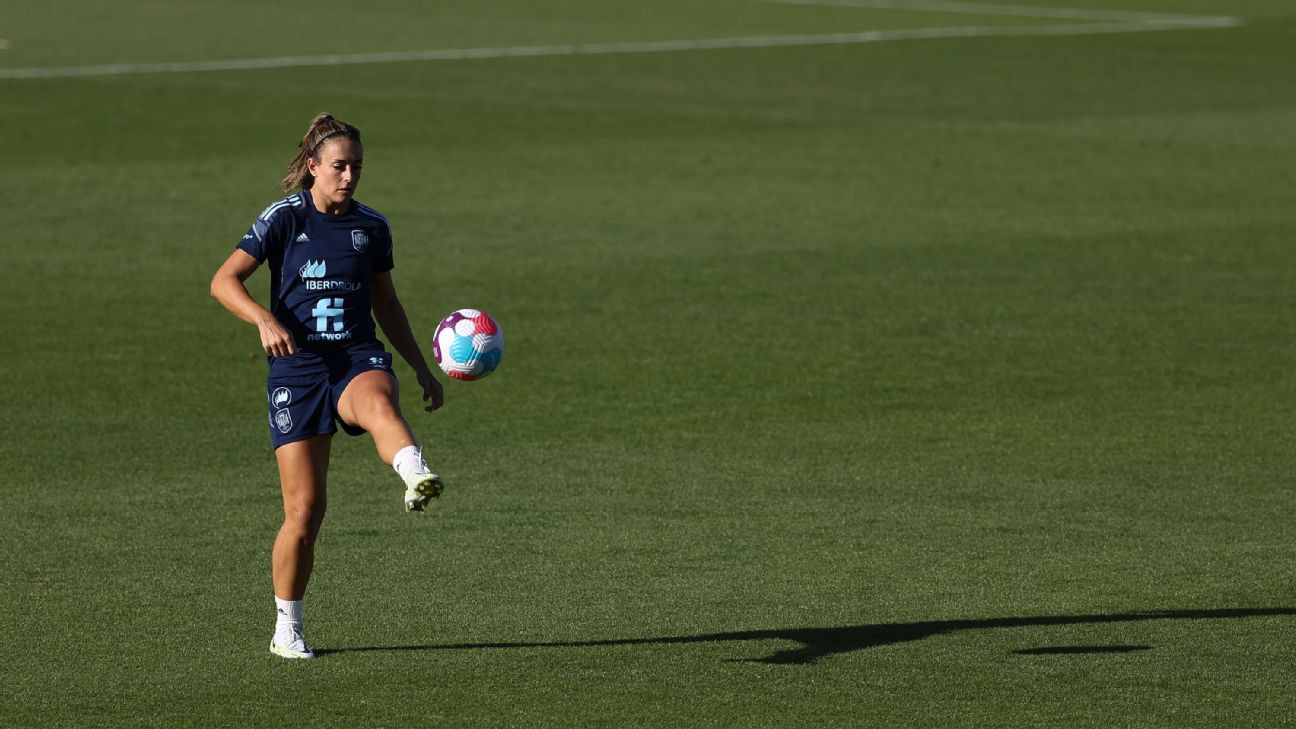 Spain’s hopes of winning the European Championships in England this summer received a crushing setback on Tuesday, just three days before their opener against Finland in Milton Keynes on Friday (stream LIVE, 11:50 a.m. ET, on ESPN+), when Alexia Putellas was ruled out of the tournament.

Putellas, 28, has been the game’s outstanding player for two years. She is the heartbeat and figurehead of a Barcelona team that has won six trophies over their past two campaigns, including a first-ever Champions League title in 2021.

– Watch the Euros LIVE on ESPN: Navigate the schedule
– Don’t have ESPN? Get instant access

Individual awards followed, too. Putellas, the top scorer in the Champions League with 11 goals this past season, won the Ballon d’Or and FIFA’s The Best this year. She was also recently named the best women’s player in the world by ESPN. However, international honours remain absent from the midfielder’s trophy cabinet, something that was supposed to change this month.

With the spine of the Barca side that won all 30 of their Primera Division matches in 2021-22, and led by Putellas, Spain were among those fancied to go far at Euro 2022. They still might, but the challenge is bigger without Putellas — and the tournament poorer.

Putellas became the first woman to win 100 international caps for Spain against Italy this past Friday, scoring in a 1-1 draw. Four days later, in an incident not involving any teammates, she injured her knee. Tests at King Edward VII’s hospital in Marylebone confirmed she had torn her anterior cruciate ligament, which comes with an estimated layoff of eight months to one year.

The pain was felt across Spain. Putellas is big news. In Barcelona, her face was the one to replace Lionel Messi’s on advertising hoardings in the city last year when the men’s club legend left for Paris Saint-Germain. It’s her name on the back of shirts when Barca broke the attendance record in women’s football not once but twice last season, with 91,648 fans watching their Champions League semifinal win against Wolfsburg.

Three of the four daily sports newspapers led with Putellas’ injury on Wednesday, but Spain cannot afford to dwell on the loss of their taliswoman. That is easier said than done, of course, and Spain are also coming to terms with losing Jenni Hermoso, who is also absent from Euro 2022 with a knee problem. Hermoso, who recently signed for Mexican side Pachuca, is the record scorer for Barca and Spain and came second only to Putellas in the Ballon d’Or.

Between them, Putellas and Hermoso have 72 international goals, but this is not a Spain squad short of experience. There are still 99 goals among the players going into the tournament opener, and the element of surprise about how they will play without two of the best players in the world could play in Jorge Vilda’s favour.

‘The problem is that everything revolved around her’

Replacing striker Hermoso appears more straightforward. Real Madrid’s Esther Gonzalez is likely to play through the middle, although Real Sociedad’s Amaiur Sarriegi, called up only after Putellas’ injury, has always performed well for her country when given minutes.

Sources close to the camp, though, are less sure how Vilda, who can be unpredictable with his selections, will cover Putellas. “The problem is that everything revolved around her,” one source said.

Spain’s biggest strength is their midfield. Putellas and Barca teammates Patri Guijarro and Aitana Bonmati have taken some of the best club sides apart with their one-touch passing, positioning and pressing over the past 12 months. Without Putellas, there’s increased expectation on Guijarro and especially Bonmati, who has significantly improved her decision-making in the final third. Across the Primera Division and the Champions League, she scored 17 goals last season, in addition to providing six assists.

– Mega-preview: Everything you need to know
– Our experts’ pre-tournament Best XIs
– Euro 2022 kits! Ranking every jersey

To maintain the Barca connection, Vilda could position Mariona Caldentey, who is set to play on the left wing, through the middle instead. Caldentey is coming back from a long-term thigh injury herself and could be one of Spain’s big assets in England. Another Barca option is Claudia Pina, the versatile 20-year-old who has just enjoyed a breakout campaign at Camp Nou.

Yet Vilda might end up taking a more cautious approach, especially with their “easiest” group game first (Finland are the lowest ranked of their opponents at No. 29, per FIFA, with fifth-ranked Germany and 15th-ranked Denmark still to come). Levante’s Irene Guerrero and new Manchester City signing Laia Aleixandri, a defender by trade, are both possibilities at the base of the midfield, too, which could then mean Guijarro is pushed forward into more of a playmaking role.

“It will depend on the game and whether [Vilda] wants an attacking setup or a more defensive one,” a source says.

There will also be more emphasis on the wingers to deliver, whether that’s Caldentey in the end, drifting inside, or Athletic Bilbao’s Lucia Garcia and Real Madrid’s Marta Cardona. Garcia, in particular, has been in good goal-scoring form, netting twice in a recent friendly against Australia and 11 times in the Primera Division last season.

In defence, at least, there is some certainty in the form of another Barca trio: goalkeeper Sandra Panos and centre-backs Irene Paredes and Mapi Leon. It’s a core that has kept the team tight and organized: Spain have conceded just three times in an unbeaten run spanning 23 internationals, stretching back to a 2020 defeat to the United States. Since then, they have beaten reigning European champions the Netherlands, Olympic gold medal winners Canada and Euro 2022 hosts England, who they also drew with earlier this year.

That streak will be tested in a very competitive group that includes Finland, Germany and Denmark.

Putellas will stay with the camp for the Finland game and might even stay beyond that, with the coaching staff keen to keep her around due to what she contributes off the pitch. The fallout will continue, though, and blame might follow, especially if Spain don’t advance from Group B. There are already murmurs of discontent from Barca, who are facing up to the possibility of being without their star player for the majority of next season.

Mundo Deportivo and Sport have reported that Barca feel Spain’s training sessions are unnecessarily strenuous; they are also said to be upset at Spain’s use of Putellas in every friendly over the past two seasons. The Catalan club told ESPN they had “nothing to say” about the reports but did not deny them.

“It’s not the moment to look for blame — that won’t do anyone any good,” Vilda said.

As for Putellas, she’s preparing for the first significant spell away from football in her career. “I have never spent more than five days without touching a ball, training or competing,” Putellas wrote on Instagram on Wednesday. “This was and is my passion and this process is going to be gruelling, but I am confident I can come back and finish what I started.”

She will be supporting Spain from the sideline this summer, but the next challenge is never far away. Next year comes the World Cup in Australia and New Zealand, a fitting stage for the Ballon d’Or winner. 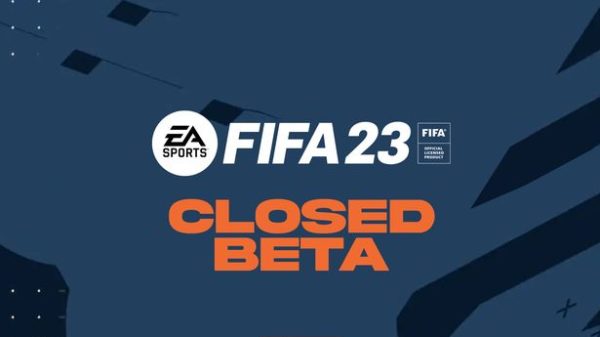 Latest news from the Mirror on FIFA 23 as a selection of players on Xbox One, Xbox Series S, Xbox Series X, PlayStation 4...