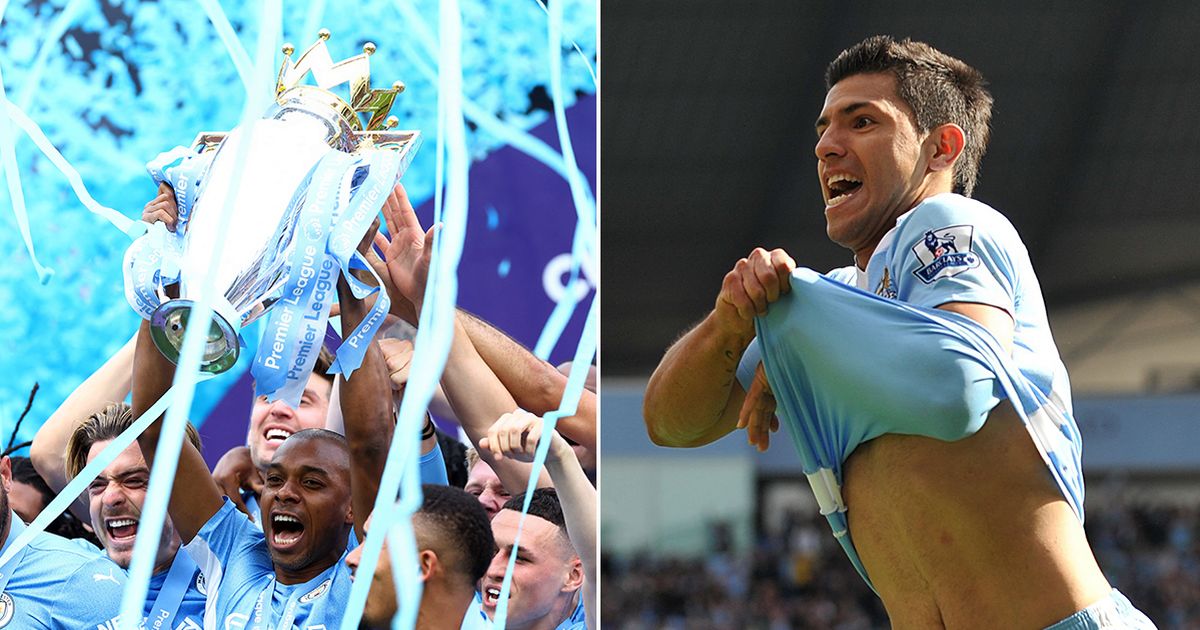 Manchester City legend Sergio Aguero was quick to pay tribute to his former club after they won the Premier League title in a similar fashion to the famous 2012 victory he secured.

Pep Guardiola’s team came from two goals down to score three times in five minutes and turn a 2-0 deficit against Aston Villa into a 3-2 victory.

Ilkay Gundogan scored goals either side of a Rodri effort to cap a remarkable win and ensure that Liverpool’s 3-1 success over Wolves at Anfield came in vain.

It was Aguero who scored the famous stoppage time goal to beat QPR 3-2 on the final day of the 2011-12 season that secured the title, and the Argentinean – who left the club for Barcelona last summer, only to retire in December due to a heart issue – posted a message on his Twitter account that read: “Campeones campeones, I love you Man City.”

City boss Guardiola said his players had become “legends after the victory.

“We are legends. We will be remembered. This group of players are absolutely eternal in this club,” said Guardiola.

“What we achieved, it is so difficult to do it. Sir Alex Ferguson with Manchester United has done it years ago – two or three times – now I realise again the magnitude of doing this. Now we are part of this.”

“The last game is always special – a lot of emotion. Aston Villa gave everything but the first goal changed everything. We had to handle it.

“When you win the Premier League in this country four times in five seasons, it is because these guys are so, so special.

“Winning at home in front of our people is the best. The moment we equalised, we had the feeling we had the chance to score the third.

“It was the best atmosphere I have ever lived since I am here. Hopefully tomorrow we can celebrate together in Manchester’s streets with our cigars and beers. I will bring my cigars, don’t worry.”

City winger Raheem Sterling added: “Each year we come in and we know how difficult it will be with the teams we have [to compete with].

” Liverpool are a great opponent and every year they push us to the wire and this is why we achieve stuff like this.”

An emotional Ukraine interntional Oleksandr Zinchenko said: “[These are] unforgettable emotions for me – for all Ukrainians who at the moment are starving, and surviving in my country because of Russian aggression.

“I am so proud to be Ukrainian and to bring this title to Ukraine, for all Ukrainian people, because they deserve it.

“It means everything for me – I would die for these people and their support. What people gave me and what they have done for me during this period – the toughest period of my life – I am so appreciative and I will never forget this, never in my life.”