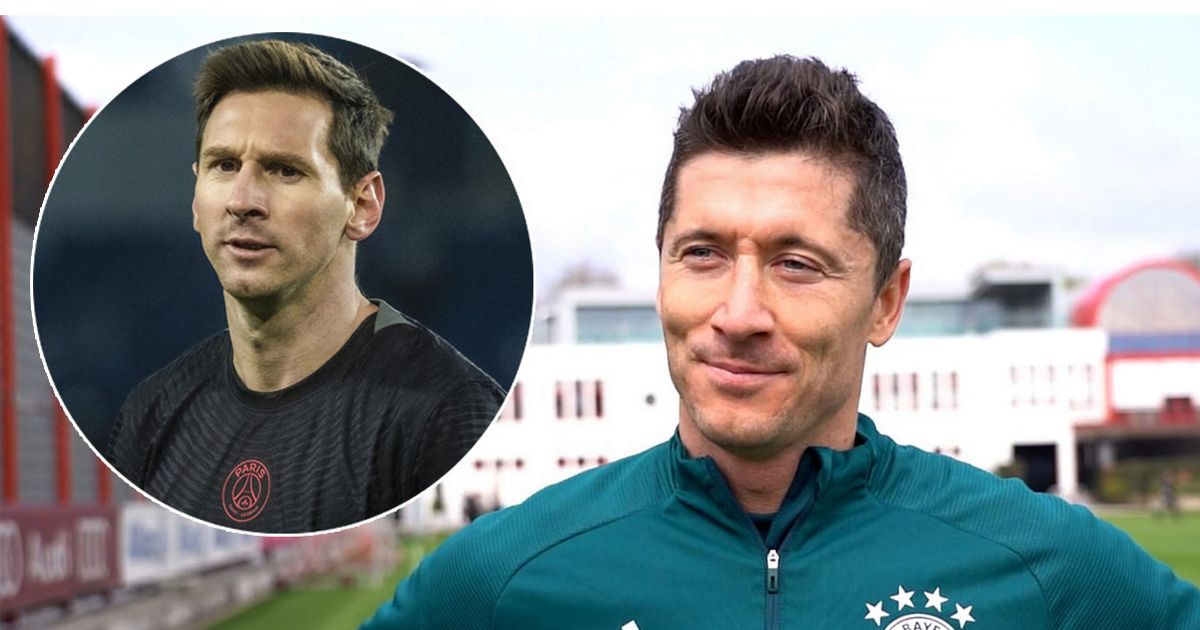 Bayern Munich striker Robert Lewandowski has launched a fresh swipe at Lionel Messi as the personal rivalry between the two superstars appears to have intensified.

Two months earlier, the Argentine edged out the Pole to win his record-breaking seventh Ballon d’Or title as he landed the 2021 accolade.

The Ballon d’Or vote had led to multiple football legends criticising the decision and claiming that the Bayern striker had been unfairly judged.

Despite netting 38 goals in his final season for Barcelona and winning Argentina’s first international tournament since 1993, things have not gone to plan for Messi since his high-profile summer transfer to Paris Saint-Germain – netting just one domestic goal so far.

Have Your Say! Did Lewandowski or Messi enjoy a stronger 2021? Tell us what you think here.

Lewandowski has now moved to intensify the personal rivalry between the two by claiming that FIFA’s The Best award is more important to win that the Ballon d’Or.

Lewandowski has never won a Ballon d’Or title – having missed out, in somewhat controversial fashion, to Messi for 2021 and due to the awards being cancelled the year before that.

He claimed that the voting process and nature of the award was more important, even if it was less prestigious than the Ballon d’Or – run by France Football.

Lewandowski told a Polish magazine, as per Marca : “I have been thinking lately and I have come to the conclusion that the FIFA award is more important.

“Only journalists vote for the Ballon d’Or, there is no clear verification.

“Instead, professional football and the press vote for the FIFA award.

“The captains and coaches of each national team can evaluate our performances in a more realistic and objective way, because they know how much each match, each record, each injury means.

“Perhaps in the prestigious ranking, the Ballon d’Or is better positioned, but the recognition I received by winning The Best makes me proud because I know how hard I worked for many years.”

For many, Lewandowksi is indisputably the best player in the world right now, but Messi did not name him in his top three players of the world in 2021.

Bild highlight this as a possible ulterior motive by Messi, who saw Lewandowski as his main rival and wanted to deprive him of points.

The German media outlet wrote “Shame on you, Messi” as he placed his Paris Saint-Germain teammates Kylian Mbappe and Neymar in the top three, alongside Karim Benzema of Real Madrid.

Lewandowski, who did give Messi a vote, has now revealed that Messi told him he would vote for him in the running – but this never happened.

The Bayern hitman added: “I did vote for him because I appreciate what he did this year and before.

Messi said he would vote for me for the Ballon d’Or, did his point of view change later? I don’t know.

“I have no complaints, he made his decision and that’s it.

“Anyway, I won the award, so it was easier for me to accept it.”

Lewandowski has now surpassed Messi in FIFA’s The Best titles – the Poland international has now won the gong in 2020 and 2021, with Messi’s sole title coming in 2019 of the award that began in 2016.