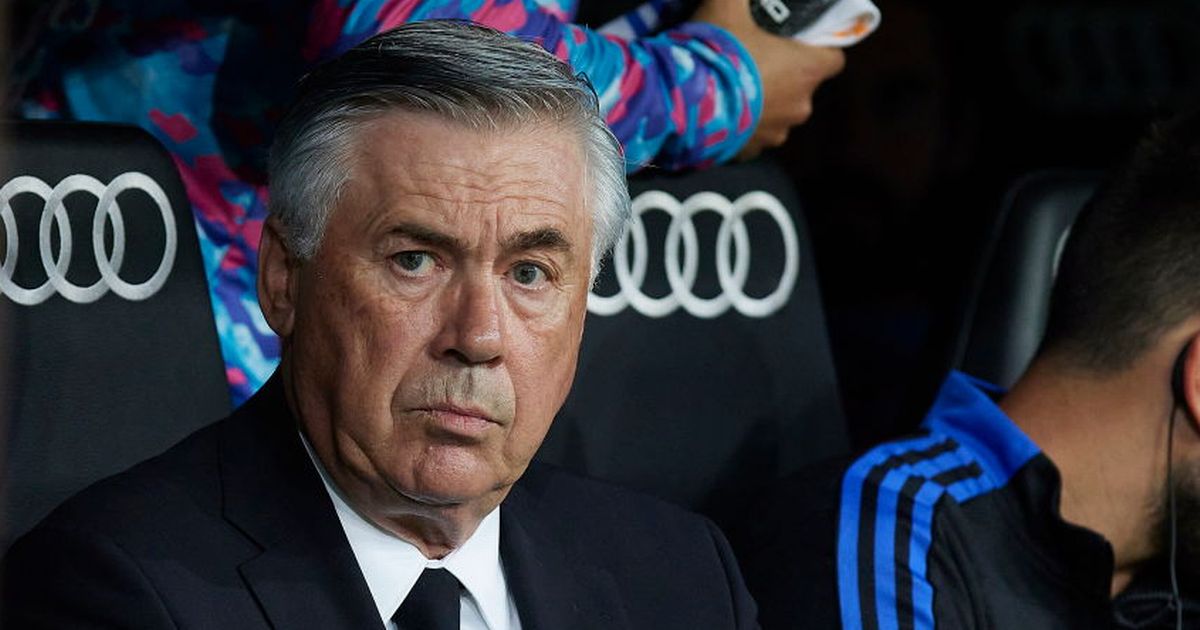 Real Madrid overcame Barcelona 3-2 in a fantastic Supercopa affair at the Nou Camp, but Carlo Ancelotti’s side are not finished hurting their fierce rivals just yet

The Uruguayan defender played the full 120 minutes with a broken hand the Catalans’ 3-2 home defeat to Carlo Ancelotti’s side in the Spanish Supercopa.

While Xavi’s men have struggled for form all season, Araujo’s performances have been turning heads and garnering plenty of praise.

He has made 22 appearances in all competitions for the Blaugrana, starting the last six La Liga matches he was available for.

However, reports from Spain understand Real Madrid are interested in signing Araujo from their bitter rivals.

HAVE YOUR SAY! Do you think Ronald Araujo should leave Barcelona and join Real Madrid? Comment below

The central defender is currently locked in tense contract negotiations with Barcelona who are still perilously vulnerable to La Liga’s salary cap rules.

They were not able to register new £55million signing Ferran Torres, until Samuel Umtiti freed up some space by taking a pay-cut.

Barcelona have also been targeting Alvaro Morata of Juventus throughout the transfer window, but he too would likely find himself in a similar situation to Torres if he arrived at the Nou Camp.

Araujo’s has entered the final 18 months of his contract at the Nou Camp, but negotiations are purported to have hit a road-block.

And reports from AS understand Real Madrid are believed to be monitoring this situation closely, and would consider a move for the player who joined the Barcelona academy from Boston River when he was 18.

As well as their salary bill, Barcelona are still believed to be battling crippling debts of up to £1.17bn, and therefore have to prioritise certain players for new contracts.

One of those players is understood to be contract rebel Ousmane Dembele, whose contract expires at the end of the season.

The Frenchman has been subject to intense speculation linking him with a free transfer at the end of the season, when his deal runs out.

Various reports have claimed Dembele’s hefty wage demands are at the crux of the negotiations between the club who signed him for a momentous £135.5m in the summer of 2017.

However, his agent Moussa Dissoko has hit back at those claims, stating money is not Dembele’s only motivation.

“We often talk about money when it comes to the extension of Ousmane, but it’s not just a question of money,” he said L’Equipe.

“But also day-to-day management. This sports management with this return to play without training just after Covid, it is really difficult to understand.”

Xavi has also sent various messages to the World Cup winner who has only made six La Liga appearances all season.

And the Barca boss stated Barcelona’s financial woes may require a financial compromise on Dembele’s part, if he is to stay at the club.

“I have already said it to him, I am waiting for him to make an effort,” he explained to Diario Sport.

“The situation cannot be better for him. Let’s see what he decides.

“I’m hoping that he puts in effort before deciding. I am calm and waiting on an update.

“It does not depend on me. It depends on the club and him. He should think about himself and his future.”