Lucas had to be replaced before half time during the Clásico after he took a serious knock to his left knee, while both Kroos and Fede Valverde were also suffering from discomfort when they came off the field in the second half.

Los Blancos have recorded important victories against Liverpool and Barcelona during a tough week that has taken its toll physically. “We are at the limit, I don’t know how we are going to end up,” warned Zinedine Zidane after the Clásico.

The most worrying situation is that of Lucas, who was forced off in the 43rd minute after a fierce blow inflicted by Busquets. Madrid’s medical team will evaluate the extent of his injury over the coming days and his pace of recovery will determine whether he will be available to travel to Anfield, where Zidane’s team play Liverpool on Wednesday. 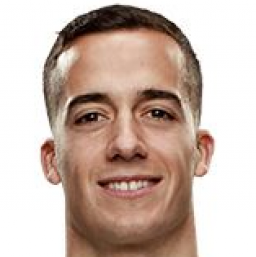 Valverde headed to the bench on the 61st minute of the Clásico in what apparently was a tactical substitution. But it turns out that the Uruguayan midfielder had an adductor issue and could not continue. When the game ended, the Uruguayan was spotted struggling to get down a small flight of stairs that separates the Di Stéfano stands from the tunnel to the changing room. Kroos also left the game visibly limping when he was taken off at the same time as Valverde, although at the moment it is unknown if the German has a serious muscle problem.

Aside from these three major concerns for Real Madrid, Dani Carvajal and Raphael Varane are also doubts for the big game at Anfield that caps off a difficult eight days for Zidane’s side.

Varane was diagnosed with covid-19 on Monday after testing positive in a PCR test and although he is not completely ruled out yet, it is unlikely he will be able to return two negative tests before the trip to England.

For his part, Carvajal has completed several training sessions with the squad following his recovery from injury and could be recalled to the squad for Wednesday. However, the Spanish full back has suffered several injury layoffs this season and starting a game as demanding as the one at Anfield on Tuesday after two months out could be a major risk.

Madrid have recorded 39 injuries so far this season, not counting casualties due to the coronavirus and the situation is really beginning to take its toll at this crucial point of the season, with Zidane very concerned about shortages on the bench and the levels of exhaustion his team showed during the final stages of the games against Liverpool and Barcelona.