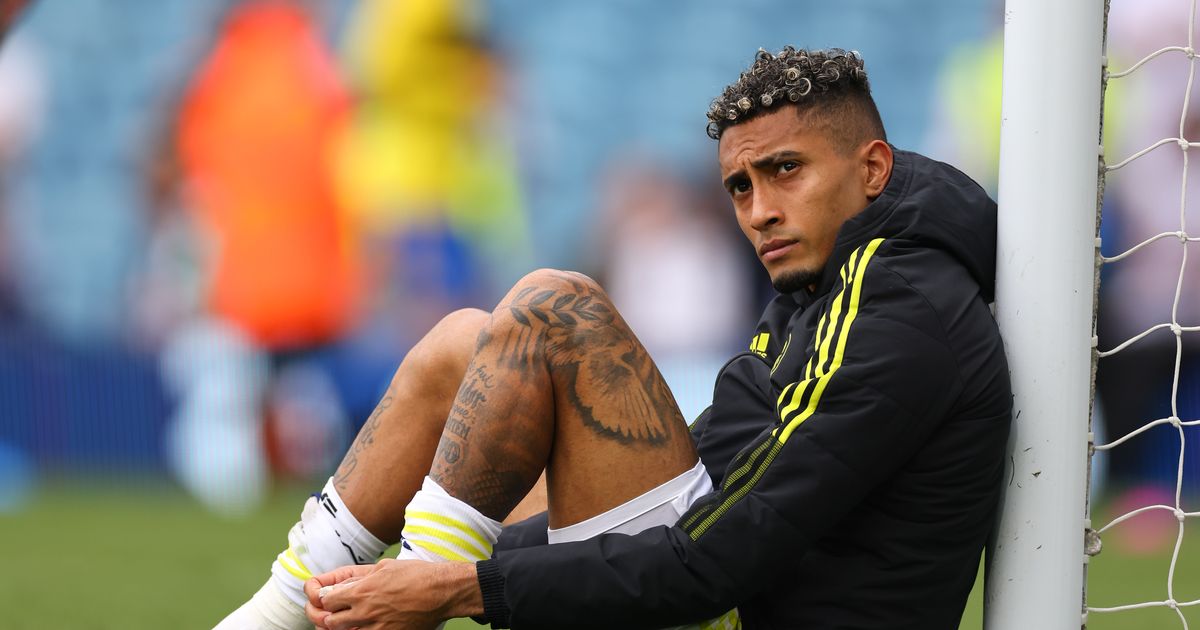 LEEDS TRANSFER ROUND-UP: Raphinha is wanted by Barcelona and the Spanish giants believe they can prise him away from Elland Road, while Brenden Aaronson is having his medical and two more suitors emerge for Jack Harrison

Leeds have wasted no time since securing their Premier League status to start revamping their squad for next season.

They have agreed a fee of around £28million with Red Bull Salzburg for long-term target Brenden Aaronson and the USA midfielder has arrived in Leeds for his medical. Raphinha is edging closer to a move to Barcelona and the Brazil star has made his feelings clear on the interest from the Spanish giants.

Jack Harrison is also in demand and two more Premier League clubs have joined Newcastle and Tottenham in targeting him this summer. Mirror Sport has a round-up of all the latest transfer news.

Raphinha does not want Leeds to block his Barcelona dream

Raphinha has set his heart on moving to Barcelona this summer and does not want Leeds to block his dream move.

Mirror Sport understands that the Brazil star feels Leeds should let him go because he played a leading role in their successful survival fight. Raphinha’s agent Deco has agreed the outline of a deal with Barcelona for the Samba star to move to the Nou Camp and the biggest sticking point will be his fee.

Leeds want at least £50million for Raphinha and crisis-hit Barcelona cannot pay this amount. Raphinha hopes Leeds will compromise to allow him to make his dream move.

Aaronson sets in for medical ahead of sealing £28m move

Brenden Aaronson has arrived in Leeds to have his medical ahead of completing his £28million move from Red Bull Salzburg.

The Guardian’s Fabrizio Romano claims Leeds have agreed personal terms with the USA midfielder and he is set to become the club’s first summer signing and new record transfer.

Salzburg rebuffed Leeds’ advances in January, but the clubs agreed to the transfer this summer. Leeds’ final-day escape act cleared the final hurdle for Aaronson’s transfer to proceed. Aaronson, 21, will be reunited with his fellow American Jesse Marsch at Elland Road and the pair worked together for six months at Salzburg last year.

Jack Harrison is in demand after having a ball this season
(

West Ham and Everton have joined the race for Jack Harrison, according to 90min .

Harrison has had another fine season for Leeds in difficult circumstances to finish their second top scorer with 10 goals. Newcastle and Tottenham were already interested in him and now West Ham, who he scored a hat-trick against in January, and Everton are tracking him.

Harrison only joined Leeds permanently last summer after three seasons on loan from Manchester City and the Whites will fight hard to hang on to one of their most-consistent performers.