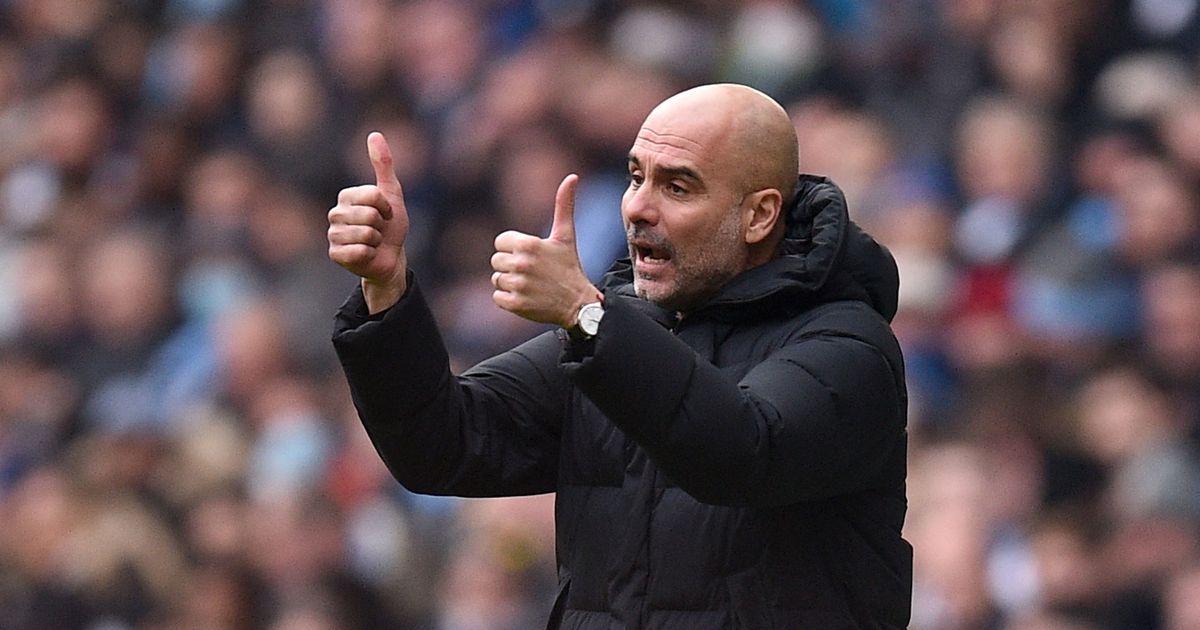 EXCLUSIVE: Manchester City manager Pep Guardiola, a disciple of Dutch footballing legend Johan Cruyff, is being courted by the Netherlands FA over a potential move

Pep Guardiola will be offered the chance to take Total Football back home when he decides to leave Manchester City – by becoming manager of Holland.

The KNVB (Dutch FA) have drawn up plans to convince the City boss that he should realise his dream of becoming an international coach with the Oranje once his Etihad reign comes to an end.

Guardiola, 51, has a contract with City that expires in the summer of 2023.

And the Premier League champions are hoping the Catalan can be persuaded to extend his stay in Manchester even further.

But Sunday Mirror Sport understands the Dutch sounded out Guardiola about his future plans before he signed a new two-year extension with City last August.

They were told that the former Barcelona and Bayern Munich boss had unfinished business with the Blues.

But a future link-up was not discounted.

Could Guardiola work his magic in international football? Have your say in the comments section

The KNVB have already sounded out Guardiola once
(

Guardiola is represented by his brother, Pere, who recently joined forces with influential Dutch agency SEG.

He has made no secret that he harbours an ambition to manage a top international nation.

And the prospect of taking charge of the country of his mentor Johan Cruyff would be tantalising given it was Holland’s brilliant team of the 1970s that introduced Total Football to the world.

Cruyff brought Guardiola through from Barcelona’s youth team to play as a deep-lying midfielder in the team that won the club’s first Champions League in 1992.

The late Dutchman’s influence on the City boss is so profound that Guardiola once said: “I knew nothing about football before knowing Cruyff.”

His coaching beliefs have been shaped by the Total Football philosophy that had Cruyff at its heart when Holland reached the 1974 World Cup final before losing to West Germany.

The KNVB turned to 70-year-old Louis van Gaal for a third time after sacking Frank de Boer in the summer following a disappointing Euros.

The former Manchester United boss is another Cruyff disciple and also managed Guardiola at Barcelona for three seasons after taking over from Bobby Robson.

Holland endured a disappointing Euro 2020, losing in the round of 16
(

Van Gaal came out of retirement to successfully guide Holland into next winter’s World Cup but is scheduled to step down after the tournament.

Guardiola will be six months away from becoming a free agent.

He is in his sixth season at City and is on course to win his fourth Premier League title.

The club’s Abu Dhabi owners believe he can be persuaded to stay longer and build a lasting dynasty at the Etihad.

The club’s trust in Guardiola is such that they will have no worries about allowing him to go into the final year of his current contract.

One of the names in the frame to succeed him is Ajax boss Erik ten Hag, who was in charge of Bayern’s reserve team when Guardiola worked in Germany and is represented by SEG.

Guardiola played 47 times for Spain but his increasingly outspoken support for Catalan independence makes him an unlikely candidate to become La Roja manager.

He is also a huge admirer of South American football and was courted by Argentina in the summer of 2018 before making it clear he had no intention of breaking his contract with City.