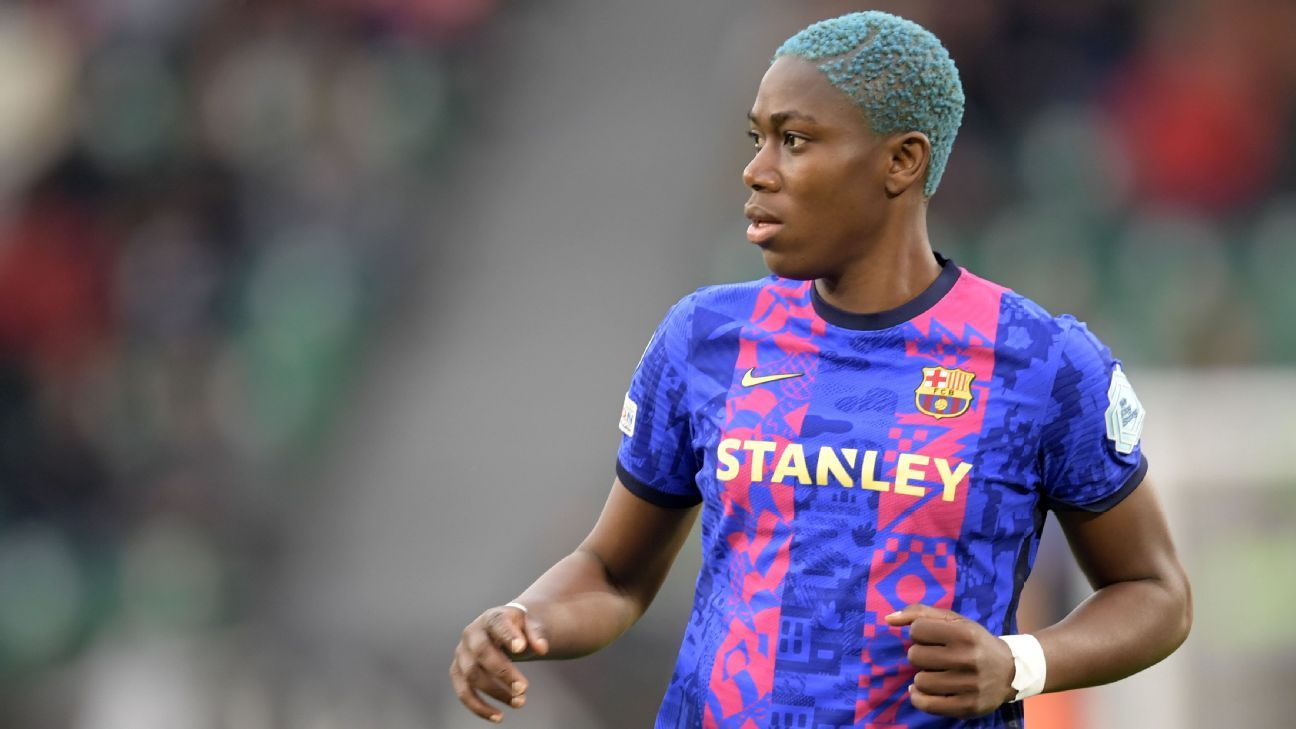 Barcelona’s four times African footballer of the year Asisat Oshoala has said that women’s football is the future, as her side look to cap a dream year by beating Lyon in the Champions League final in Turin on Saturday.

After scoring 20 goals in 19 games this season to help Barcelona win the Spanish league with a perfect 30 wins from 30 games, Oshoala is excited about the growth of the sport.

Barca broke the women’s attendance record twice in their last two Champions League home games, with 91,648 fans turning up to see them thrash Wolfsburg 5-1 in their semifinal first leg on April 22.

That broke the previous women’s attendance record, set three weeks before when 91,553 flocked to Camp Nou for Barcelona’s showdown with Real Madrid.

“This is amazing to see in women’s soccer and I think this is just the beginning. You’re just going to have to get used to it,” Oshoala told Reuters.

“Getting used to it because we are tired of those things that people used to say about women’s soccer, all the prejudice.

“Interest is growing, we’ve got more fans at the stadium, selling jerseys and more viewers on television. Like I’ve always said to people, female football is the future. You will have to get used to it.”

Nigeria’s Oshoala, 27, is Africa’s most decorated women’s footballer, scoring at two World Cups and in a Champions League final — a late consolation in Barca’s 4-1 defeat to Lyon in 2019 — and the first woman from the continent to claim Spain’s golden boot.

She was nearly denied the opportunity to play by her parents who considered soccer so unsuitable for their daughter that they banned her from playing on the street with her friends.

Because of her struggles, in 2018 she set up the Asisat Oshoala Foundation to help young girls from around Africa pursue careers in sport.

“It’s been amazing, I think all the time about my journey. I thought about the things I’ve been through as a young girl growing up, the difficulties trying to convince my parents and also not having so much opportunity in my environment.

“I know that this same situation is still happening with girls all over the world and I just try to do my part… I know how difficult it was for me growing up. So, I just try to create more opportunities for these girls.”

Oshoala will have the opportunity on Saturday to gain revenge for that loss to Lyon three years ago and she believes the team is ready to retain the title they won by beating Chelsea in the final last season.

“Being confident for the final is it’s about the team and we have the greatest,” Oshoala added.

“Winning the Champions League last year with Barca was the highlight of my career I want to do it again.”