Pedri was like Andres Iniestia in Euro 2020 loss to Italy

Luis Enrique praised the performance of Pedri in Spain’s semifinal loss to Italy at the European Championship, even comparing the 18-year-old to Barcelona great Andres Iniesta.

Spain were knocked out of Euro 2020 on Tuesday 4-2 in a penalty shootout following a compelling 1-1 draw. But manager Luis Enrique pointed out the promising play of Pedri, as well as that of Dani Olmo, on a night that ended in a defeat.

“For me Dani Olmo today played an incredible game, something out of the ordinary,” Luis Enrique said. “But what Pedri has done in this tournament, at 18, no one has done, not even Andres Iniesta did that, it’s incredible, unique.

Iniesta, who also played for Barcelona, scored the winning goal for Spain in the 2010 World Cup final. He also part of the 2008 and 2012 squads that won the Euro title.

Olmo, who plays at RB Leipzig, was arguably Spain’s best player against the Italians at Wembley Stadium in London. However, his night finished in disappointment when he and Alvaro Morata both missed from the spot in shoot-out.

Morata had come off the bench to score the equaliser in the 80th minute after Federico Chiesa had put Italy ahead on the hour mark following a brilliant counter-attack.

Spain were able to control nearly 70% of possession but as has been the case during the tournament, they were not sharp in attack and were forced to play their third consecutive extra-time.

“I give my team a nine out of 10,” Luis Enrique said. “In sport you have to learn to win and lose. You learn more from losing. We have to congratulate our rival. When you lose, you have to stand up and try again.”

Spain did not begin the tournament with the look of a team that could challenge for honours yet they improved. While they survived a penalty shootout against Switzerland in the quarterfinals, Tuesday’s game was a different story. Olmo took Spain’s first penalty but skied it over the bar.

“I told the players not to worry before the penalty shootout,” Luis Enrique said. “I think without exception everyone is proud of this national team. I’m very proud of my team in this European Championship. We have gained a lot of experience. We have young players. We have shown we are a team from start to finish. My job is to create a team and we’ve done that.

“There was a team that wanted to win and that was Spain. I have nothing to reprimand my players.

“I think we would have played half an hour more after extra time while they wanted to go to penalties. We’ve had possession. We’ve had to press a lot because Italy have a lot of quality.

“I think this team has grown in this tournament. I have seen a lot of positives things. I see young players that are eager to succeed.”

Spain captain Sergio Busquets, wasn’t able to play in the first two group stage games after testing positive for the coronavirus, also spoke about the future.

“Everyone considered Italy favourites but we showed that we were superior to Italy,” the Barcelona midfielder said. “This will be a good thing for the future because this was the first tournament for many players. This team will be back and show that it can win tournaments.

“We were superior and it’s a shame. We can only congratulate Italy and continue on our path.” 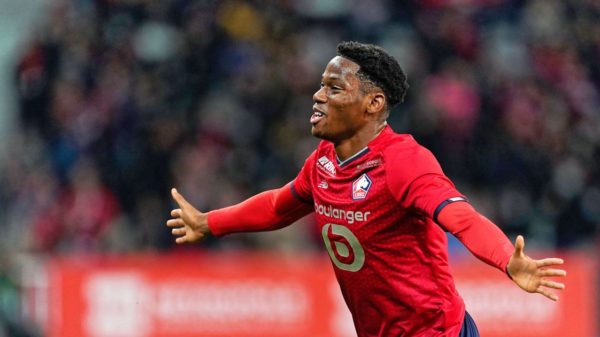 5:30 PM ET Pep Guardiola says he will not “betray” Manchester City when it finally comes time to leave the Etihad Stadium. Guardiola has...