Now, only Florentino Perez is laughing at the Bernabeu's roof and Real Madrid's salary structure 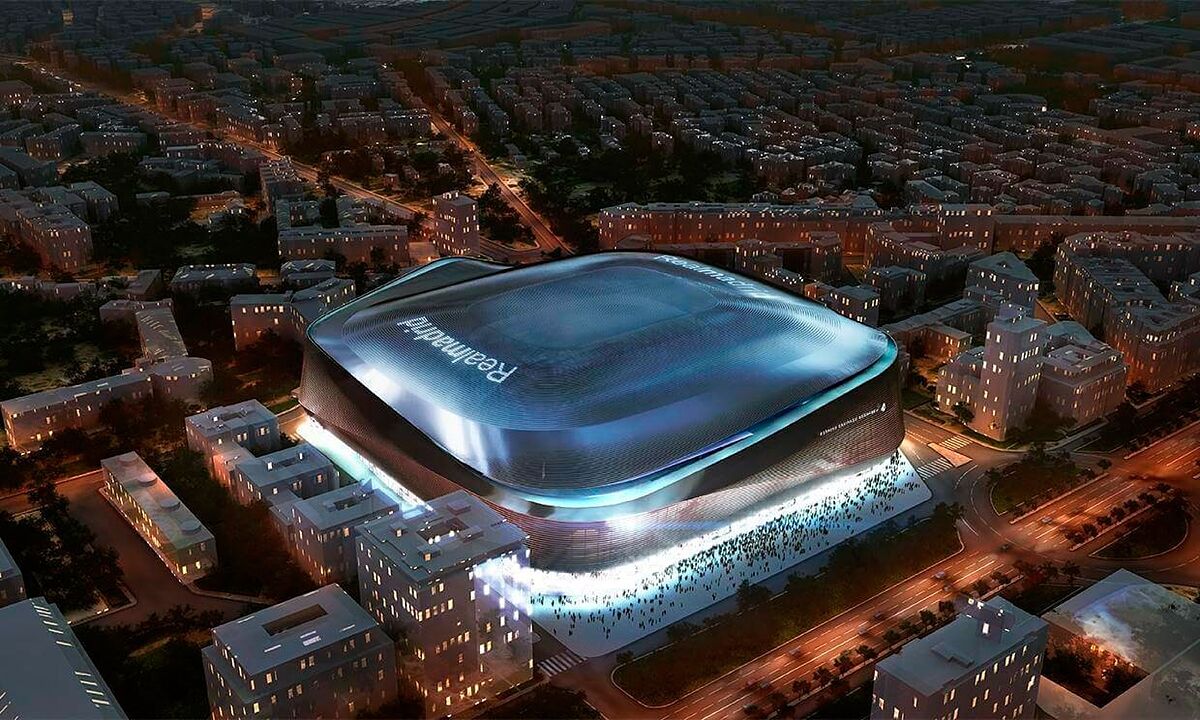 For weeks, and even months, they were mocked. Some even viewed the presentation of ‘Retractable Roof’ or ‘Salary Ceiling’ as if they were two more Real Madrid signings and looked confused with everything. Now, the famous salary scale of the Real Madrid squad or the sarcastically commented-on retractable roof of the Estadio Santiago Bernabeu are proving right the man who wanted them, which is none other than Florentino Perez.

With the roof and the retractable pitch, what began as a joke has given way to admiration for becoming the guarantor of Real Madrid‘s future. The impressive transformation of the stadium is going to make it possible for Real Madrid to continue competing and fighting on an equal footing with those clubs that don’t have to worry about what might happen because they have plenty of money and spending doesn’t seem to matter to them.

The Bernabeu, in addition to marking a before and after in Spanish football, will be part of Florentino Perez‘s legacy at Real Madrid. The contract that is set to be signed for its exploitation will be the necessary endorsement for having a competitive team, but with those at the club always keeping their feet on the ground, as the CEO Jose Angel Sanchez is taking care of numbers. Add to all this the digitalisation of the club and the surroundings of the Bernabeu and Real Madrid‘s future is guaranteed.

We say this because everyone expects, starting with journalists and fans, to see Kylian Mbappe and Erling Haaland at the Bernabeu, although the latter is more than complicated because the club want to maintain a balance and avoid promoting situations like the one experienced by Barcelona. Real Madrid have the financial muscle to be able to negotiate both deals, but sanity prevails and, although it sounds harsh to say it, the most logical thing would be to wait at least a year. Limit situations are not to the taste of those in charge and splashing out 100 million euros in wages between the two players will see some at Real Madrid break out in a cold sweat.

This week, a report was made public outlining the figures spent by football teams in signings and the profits from sales during the last decade, with Real Madrid occupying the 25th position in the list in terms of net spend, with a negative balance of 179m euros. That was very far from table-toppers Manchester United (1,075m euros), Manchester City (984m euros), PSG (941m euros) and Barcelona (650m euros) and shows that not everyone plays by the same rules.

Real Madrid will continue doing their thing, looking for balance and meaning in everything they do, as they did during the pandemic. The objective is to sign young players and take advantage of some of the opportunities offered in the market – Robert Lewandowski not being one of them. Nothing will get in the way of sane decision-making, as has been happening in the last decade.