Napoli 1-1 Inter: Honours even in top of the table clash as Edin Dzeko cancels out Lorenzo Insigne penalty 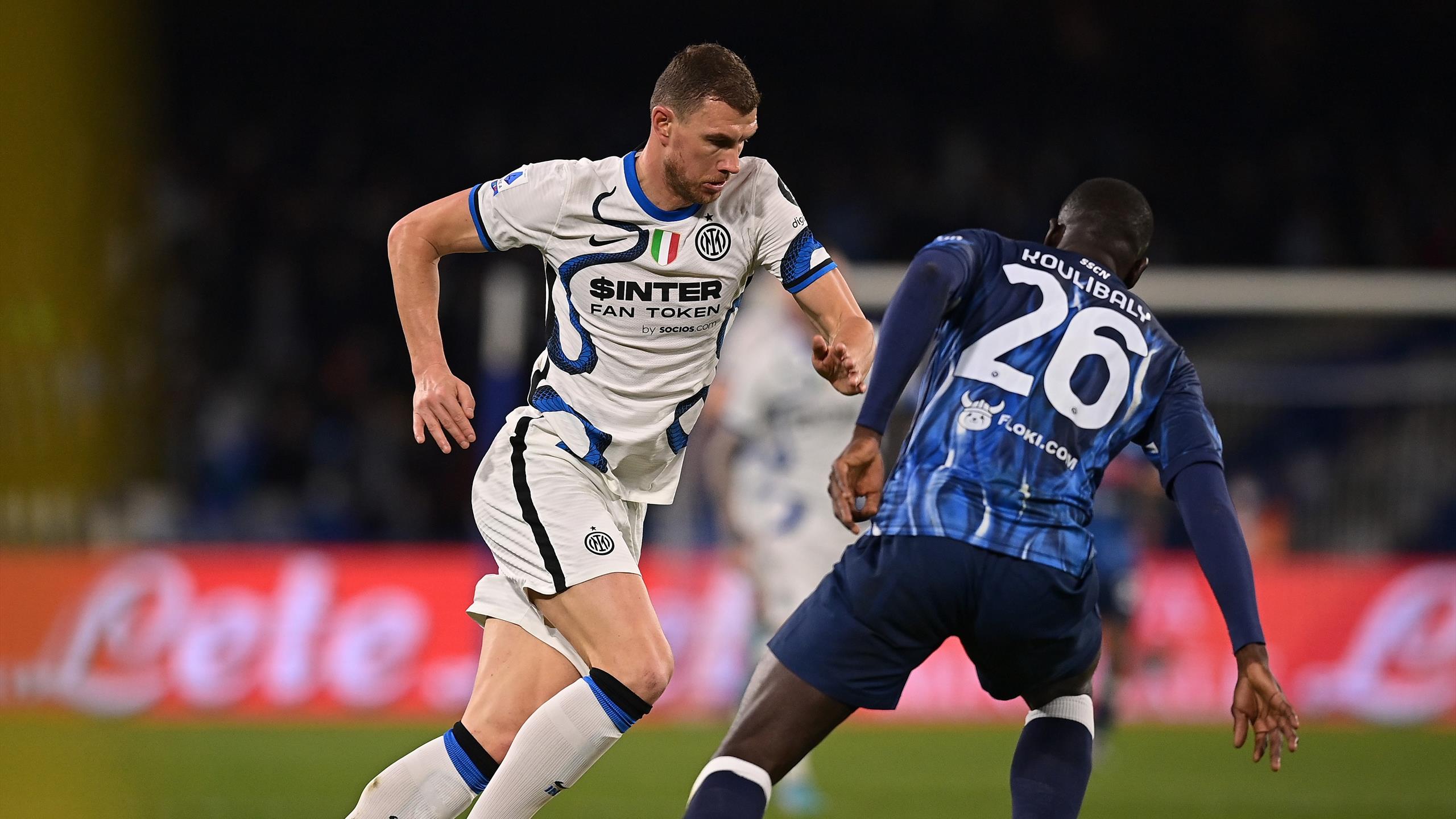 Napoli missed the chance to leapfrog Inter at top in Serie A after they were held to 1-1 draw by the Nerazzurri at Stadio Diego Armando Maradona.

Only one point separated the two teams ahead of the match, with both looking to steal a march on the other in a huge potentially title-defining match.

The home side came into the game on a run of four successive wins in the league and started the brighter of the two.

Inter Milan ease past Roma and into Coppa Italia semi-finals

In fact, Luciano Spalletti’s side won a penalty after just 6 minutes when Stefan de Vrij was censured by VAR after a foul on Victor Osimhen.

Lorenzo Insigne finished emphatically from 12 yards to give his side the perfect start and send the home fans wild.

Piotr Zielinski almost doubled Napoli’s advantage five minutes later but his effort from the edge of box struck the post before going wide.

Osimhen then smashed the ball into the side netting as the home side continued their pursuit of a second killer goal.

Edin Dzeko had Inter’s best chance in the first half but could only direct his point blank header into the grateful hands of David Ospina in the Napoli goal.

However, the Bosnian hitman was not to be denied and just two minutes into the second half, he pounced on some confusion in the Napoli defence to smash home an equaliser off the underside of the crossbar from close range.

Although both teams had chances, neither could muster a winner and the game ended all square.

The result keeps both sides in the top two positions in the table currently, but also hands the initiative to third place Milan who could jump above both with a win over struggling Sampdoria on Sunday.