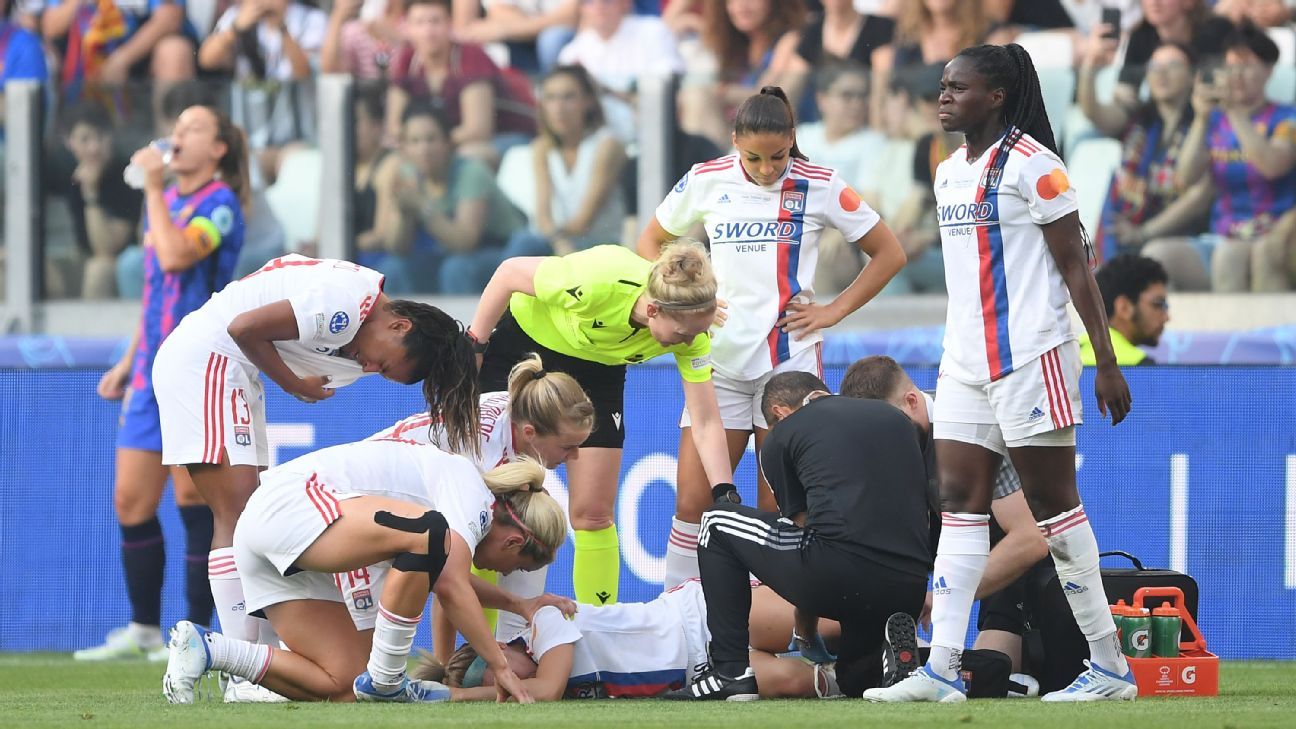 Matildas defender Ellie Carpenter faces a race against time to be fit and firing for Australia’s Women’s World Cup tilt on home soil after scans confirmed she ruptured her anterior cruciate ligament in the UEFA Women’s Champions League final.

Carpenter suffered the injury 13 minutes into Lyon’s 3-1 victory over Barcelona in Turin and was taken off on a stretcher before later celebrating on crutches with her leg in a brace.

Lyon confirmed the severity of the injury on Tuesday and said Carpenter would have surgery on Wednesday.

Given the arduous rehabilitation process, Carpenter would be expected to return in time to feature in the Matildas’ campaign, but will miss most of the build-up.

“The examinations taken by the Australian international have confirmed a rupture of the anterior cruciate ligament of the right knee which will lead to an operation this Wednesday in Lyon,” the Lyon club said in a statement.

“Olympique Lyonnais would like to give their full support to Ellie Carpenter, [player] of 29 matches this season and winner of her second Champions League with OL, who should be unavailable for a minimum period of six months.”

On Tuesday, Carpenter was also named at right-back in the Division 1 Feminine team of the season, after winning the French league with Lyon.

Carpenter’s absence creates massive headaches for Matildas coach Tony Gustavsson, who will need to find a replacement right-back for next month’s friendlies against Spain and Portugal.

Carpenter has been a lock at right-back for the Matildas since debuting as a 15-year-old in 2016 and has developed into one of the world’s best wide defenders.

Her quality is arguably irreplaceable but Charlotte Grant and Karly Roestbakken are two options at right-back.

Carpenter is the third Matildas player to suffer an ACL rupture in the past 12 months, after Chloe Logarzo and Holly McNamara in September and February respectively. 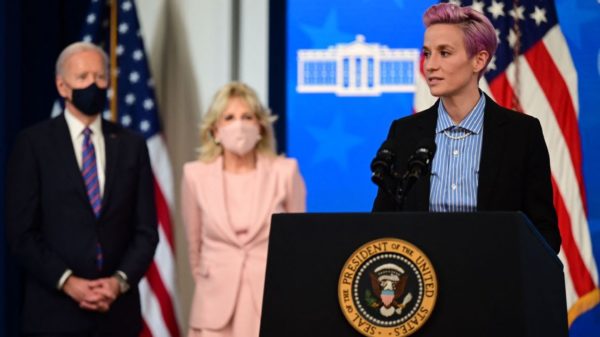 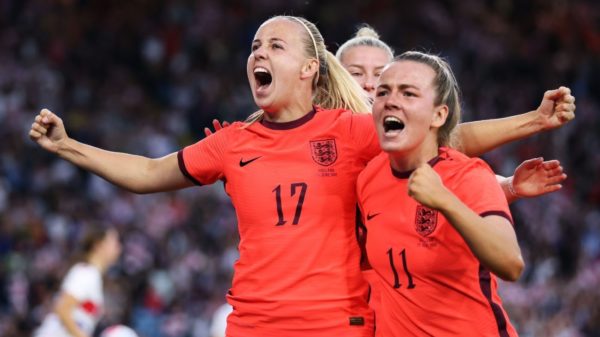