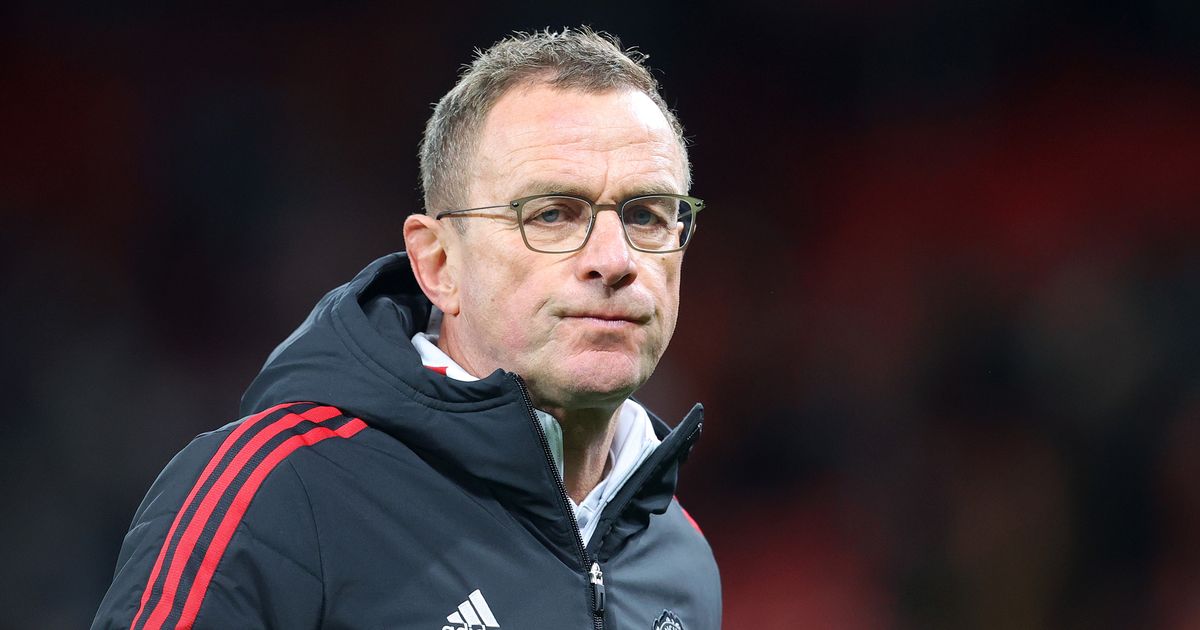 Rangnick insists Man Utd players are adapting to his methodsx

Manchester United’s January transfer window has been a quiet one so far with no new arrivals joining The Red Devils.

But the good news is there is still a long way to go and that means there is plenty of time for interim boss Ralf Rangnick to bring his first signing to Old Trafford.

United continue to be linked with several names as they bid to secure themselves a place in the top four of the Premier League come the end of the season.

With that in mind, here Mirror Football brings you the latest gossip from Old Trafford on January 11.

No bid for Zakaria

Denis Zakaria is a reported transfer target for United

United are reportedly yet to make a bid for Borussia Monchengladbach midfielder Denis Zakaria.

According to football journalist Fabrizio Romano, Rangnick is an admirer of Zakaria, but there’s still been no official bid to the German side.

The 25-year-old’s deal at Monchengladbach expires at the end of June, meaning he is free to negotiate with other clubs over a pre-contract from this month onwards.

Romano also says more than four clubs are interested in Zakaria and are working on a deal to sign the Switzerland international as a free agent in July.

Where do you think Man Utd will finish under Rangnick this season? Let us know in the comments section.

Edinson Cavani will reportedly stay at Old Trafford for the remainder of the season.

The Guardian say that while Barcelona are said to be interested in a deal to sign the Uruguayan forward, Rangnick has confirmed Cavani will not be leaving in the current window.

“I told him that if it was up to me I would want him to stay and I had a conversation with him [last Thursday],” Rangnick said ahead of his side’s FA Cup tie against Aston Villa. “We spoke for almost half an hour and he told me he will definitely stay and would want to stay until the end of the season.

“Not only because I told him that he should stay or has to stay, he did it on his own behalf, and he told me that I can rely on him to stay until the end of the season and give his very best.

“He’s happy to play. But even if he’s not playing, he will be trying to be the best possible role model for the other players and for me this is good news because Edi is one of those players who, with his vast amount of experience, with his mentality, his work ethic, I think he could really be a perfect role model.”

Amad Diallo could be sent out on loan in the current window
(
Advertisement. Scroll to continue reading.

Derby boss Wayne Rooney is hoping to take United’s Amad Diallo on loan, according to reports.

MailOnline say Rooney is hoping his close ties to his former club will help him secure Diallo on loan in the January transfer window.

Derby are currently operating with a transfer embargo but are still able to sign players on loan.

Diallo arrived at Old Trafford from Italian side Atalanta last January in a move worth £25million but has struggled to make an impact.

The 19-year-old has made just nine appearances in all competitions so far for The Red Devils, scoring one goal.

The Ivory Coast international looked set for a move on loan to Dutch side Feyenoord last summer, however the move fell through.