Lionel Messi tells Barcelona he WILL stay at the club

Lionel Messi has committed his future to Barcelona and has agreed to stay beyond this season, according to reports in Spain.

The Argentine star’s current contract at the Nou Camp is set to expire at the end of June and his future has been up in the air ever since he told the club by fax of his desire to leave last summer.

But now the uncertainty appears to have disappeared with Messi letting Barcelona know that he will stay at the club, according to Spanish broadcaster TVE. 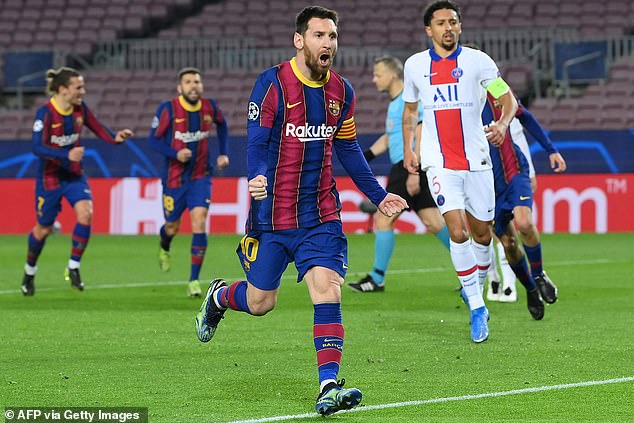 Lionel Messi has committed future to Barca beyond this term, according to reports in Spain

The report claims that Messi has also expressed to club president Joan Laporta that he needs to make the team around his stronger in return.

It has been a topsy-turvy season for Messi and Barcelona following the appointment of Ronald Koeman as manager last summer.

Koeman was thrown into the deep end with his star man agitating for a move away but the 33-year-old ended up staying because the club had blocked his transfer by insisting on demanding his astronomical release clause of £625million was met.

In December the Catalan giants were 12 points behind LaLiga leaders Atletico Madrid and mired in institutional chaos but fast forward to now and Barcelona are just two points off Atletico and have a game in hand.

Laporta, one of Messi’s allies, was also appointed club president in March and Koeman won his first trophy as Barcelona won the Copa del Rey earlier this month.