Jadon Sancho on target but Manchester United frustrated by Southampton 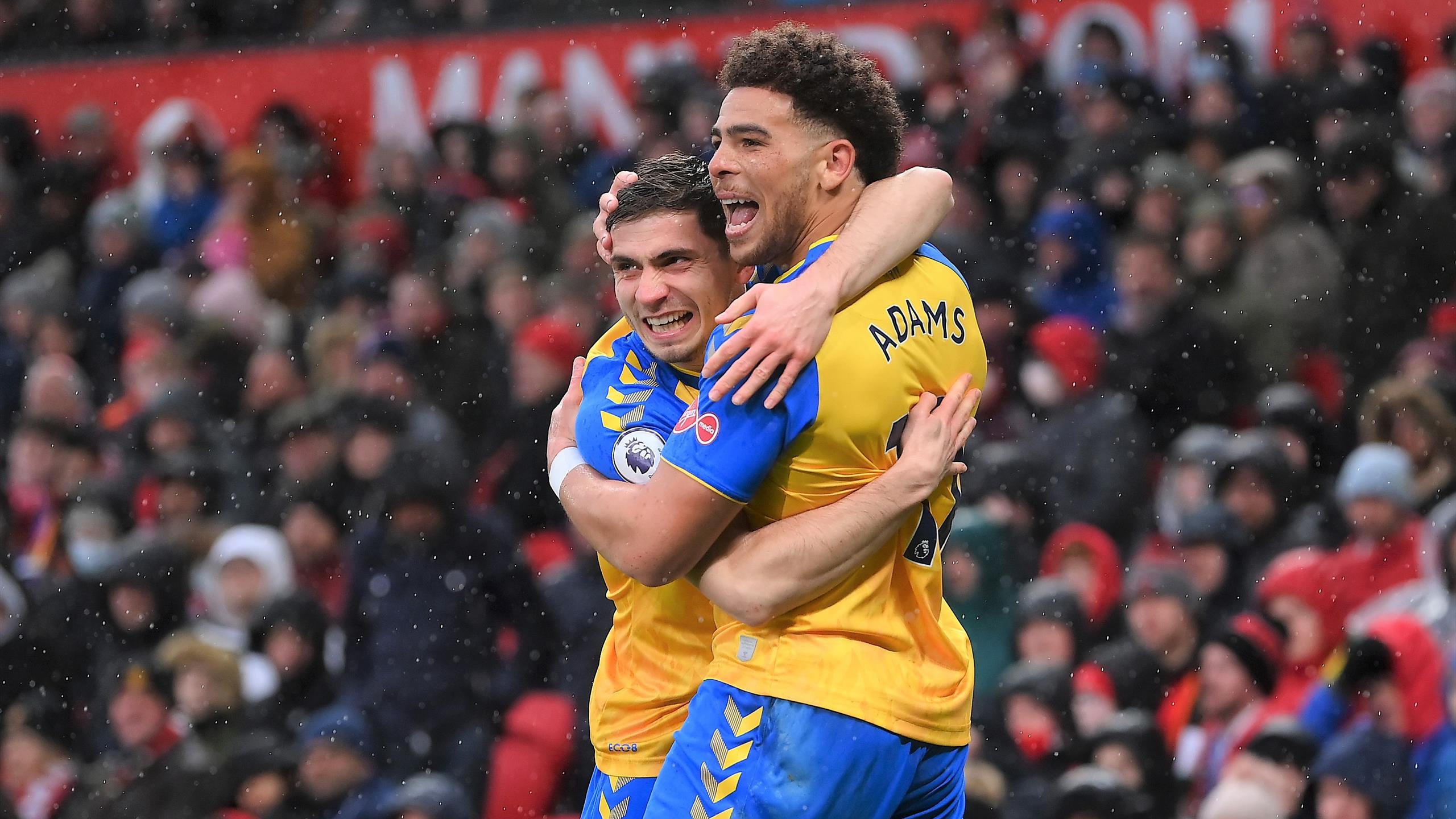 Jadon Sancho scored his first goal at Old Trafford but Manchester United blew another lead to draw 1-1 with Southampton.

Ralf Rangnick, who recalled Cristiano Ronaldo in place of the injured Edinson Cavani, saw his side create a hatful of chances in the first half as they have done in their previous games – with the Portuguese forward missing a gilt-edged opportunity after rounding the ‘keeper.

Their threat down the flanks was rewarded when a swift break led to Marcus Rashford’s low cross being converted by Sancho at the back post.

Just like the defeat to Middlesbrough and draw with Burnley in midweek, the home side were punished in the second half for not killing the game off.

Saints brought on Jack Stephens at the break and equalised soon after when Che Adams produced a fine drilled finish.

Ralph Hasenhüttl’s side grew in confidence and went close with Armando Broja’s shot from distance saved by David De Gea, and Stuart Armstrong wastefully blazing over when Luke Shaw again failed to close him down, a recurring theme in the second half.

United had enough chances of their own with Ronaldo having a goal disallowed for offside and the ex-Real Madrid man having a shot well saved by Fraser Forster.

The result means Rangnick’s side remain outside the top four in the hunt for Champions League qualification while the Saints remain tenth.

Dominate the first half, create a lot of chances, convert only one of them, drop off in the second half, and concede a goal.

You can add the 2-2 draw with Aston Villa last month to that list where United were two goals up.

It was the same script for United against Southampton as they failed again to produce another 90-minute performance.

The tempo levels plunged in the second half, especially from the midfield, and Rangnick did little to change that.

And Ronaldo’s form in front of goal is a major concern given the lack of alternatives, with Rashford now a winger and Cavani’s injury problems.

The ‘keeper made vital saves from Ronaldo in both halves. And he saved his team with a brilliant reflex stpo from Harry Maguire’s header in stoppage time.

7′ – CLOSE! Sancho threads it through to Ronaldo who rounds the ‘keeper, has to score but his tame shot into an empty net is blocked by Perraud.

21′ – GOAL FOR SANCHO! Swift counter, Rashford’s low pass converted by the ex-Dortmund man at the back post for his first goal at Old Trafford.

48′ -GOAL FOR SOUTHAMPTON! Adams is put through on goal and his low, drilled effort goes in off the post.

61′ – DOUBLE SAVE! Ronaldo’s effort is blocked, then Dalot’s half volley at the back post is well saved. From the corner, Shaw’s cross finds Pogba whose bicycle kick is well wide.

Having scored two goals in his first 23 appearances in all competitions, Jadon Sancho has since netted two in his last three games.