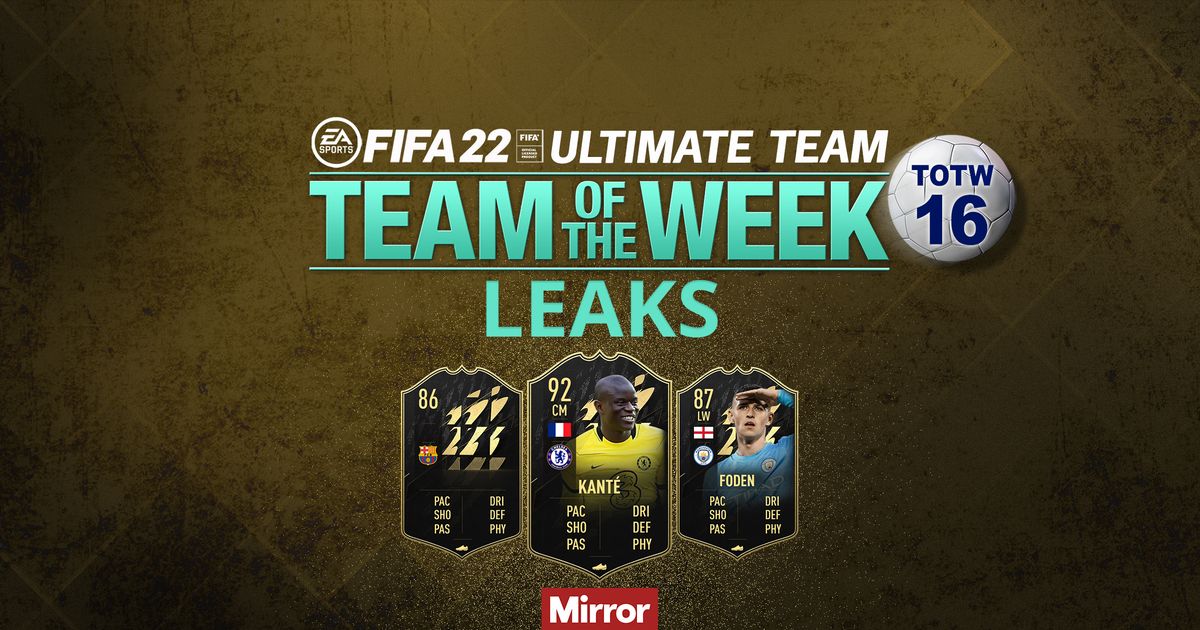 According to leaks on social media, N’Golo Kante and Phil Foden are both set to feature in the FIFA 22 TOTW 16 squad later this evening.

The EA Sports FIFA 22 TOTW 16 will be revealed and released into packs on Wednesday, January 5, 2022, at 18:00 pm GMT. But as has become the norm in recent weeks, there have been various leaks on social media about players who are set to be included, with Kante and Foden reportedly set to feature.

Kante registered an assist in Chelsea’s 2-2 draw against Liverpool on Sunday, whilst City’s Foden scored the only goal in their 1-0 win over Brentford last week.

There are also various other leaks, with players from FC Barcelona, Atletico Madrid, Leicester City and Sporting CP apparently set to feature too.

If you don’t want to see any spoilers for the upcoming FUT 22 TOTW 16, look away now.

According to various social media accounts , the following players could be set to feature in the FIFA 22 Team of the Week 16 (TOTW 16) squad.

In addition to Kante and Foden, FC Barcelona defender Pique is reportedly set to feature in the EA Sports FIFA 22 TOTW 16 squad, having been named as the MOTM in Blaugrana’s 1-0 win at Mallorca.

Foxes’ goalkeeper Schmeichel is also apparently set to feature following his clean sheet in their 1-0 win against Liverpool, whilst Atletico Madrid forward Correa scored twice for Diego Simeone’s side.

Sporting CP forward Paulinho is reportedly set to be included too, and could also lead to a boost for his FUT 22 OTW item, following his hat-trick against Portimonense, whilst Banega registered a goal and an assist for Al Shabab.

The players featured above have a good chance of featuring this week, based on their performances for their domestic teams, but FUT 22 players will have to wait before EA’s official reveal to find out for sure.

Which players are you expecting to see in the FIFA 22 TOTW 16 squad?

The EA SPORTS FIFA Team of the Week will be revealed and released into packs at 18:00 BST UK time every Wednesday throughout FUT 22. 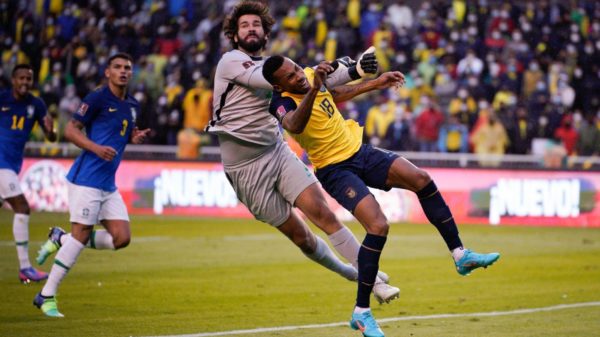 Brazil goalkeeper Alisson was shown two red cards but stayed on the field during a feisty1-1 draw away to Ecuador in their World Cup...