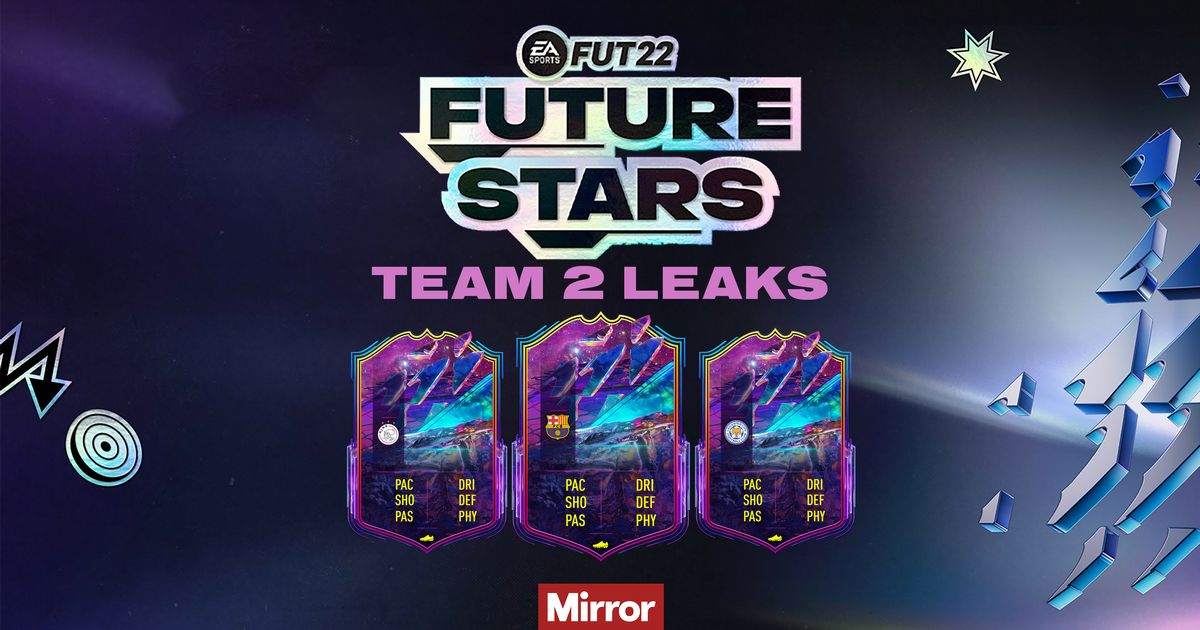 The FIFA 22 Future Stars Team 2 FUT promo squad is set to be revealed and released into packs later this week, but there have already been leaks in regards to which players could be included.

The FIFA 22 Future Stars Team 2 is set to be revealed and released into packs at 18:00 PM GMT on Friday, February 11, 2022, but ahead of the official reveal, various social media accounts have claimed to have leaked the full team already.

Check out the latest leaks and predictions ahead of the upcoming FIFA 22 Future Stars promo.

If you don’t want to spoil the Future Stars promo, look away now, as there are possible spoilers below.

Here is a summary of the latest FIFA 22 Future Stars Team 2 leaks.

Regardless of the ‘leaks’ above, here are Mirror Football’s FIFA 22 Future Stars predictions, with a list of players that we would like to see included in the promo, whether that be in objectives, SBCs or mini releases.

Which players do you think should feature in the FIFA 22 Future Stars promo? Let us know in the comments!

In this article:Barcelona, Featured, FIFA, Liverpool