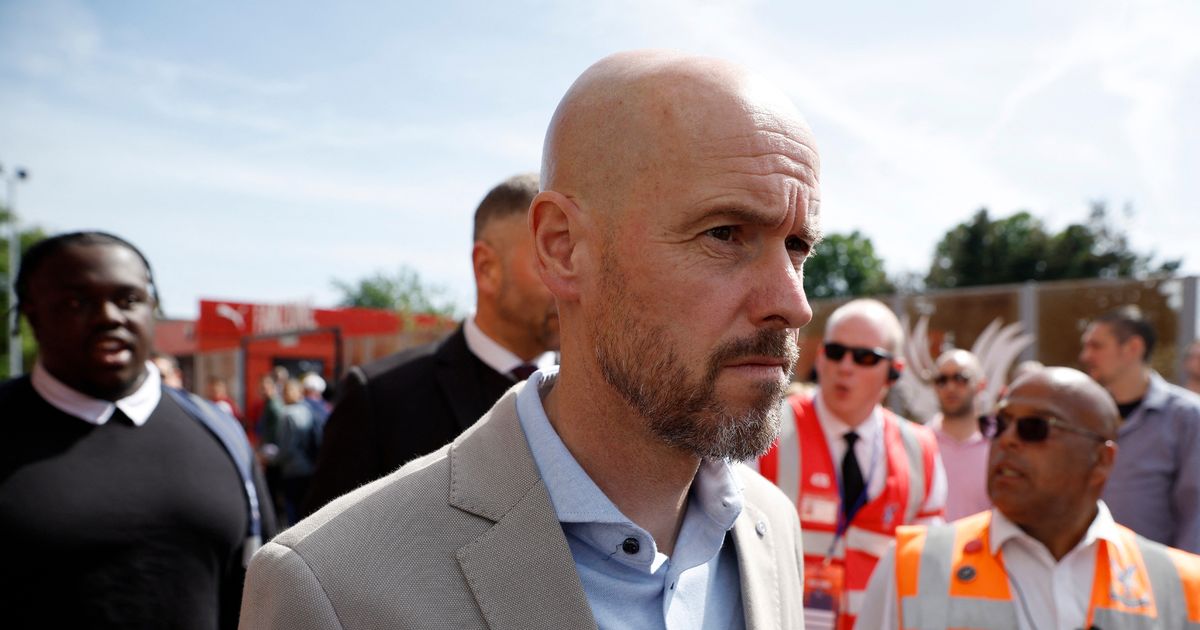 Erik ten Hag was at Selhurst Park for Manchester United’s final game of the Premier League season against Crystal Palace ahead of taking over as manager.

The Dutchman is due to take the reins from interim boss Ralf Rangnick at the end of the season when his predecessor will step upstairs into a consultancy role. There is significant weight attached to Rangnick’s final afternoon in the hot-seat, with United still yet to determine which European competition they will be involved in next season.

A win for United would see them qualify for the Europa League – a consolation prize for what has been a disastrous season at the club. But with West Ham chasing, the Red Devils cannot afford to slip up. The Hammers head to Brighton two points behind United as they vie for sixth spot in the table.

Should West Ham better United’s result on the final day, Ten Hag’s reign will begin next season in the Europa Conference League. It would not be an ideal scenario for the former Ajax boss, who already has a huge rebuild ahead of him.

Ten Hag is also hoping to attract a number of new signings this summer and anything less than Europa League qualification could make it difficult to land his top transfer targets, with Barcelona’s Frenkie De Jong believed to be among those he is keen on adding to his squad.

Cristiano Ronaldo is also ruled out of the final day fixture against Patrick Vieira’s side due to injury. Palace have enjoyed a decent first season under Vieira’s stewardship and head into the clash 13th in the table, but could claim a top half finish if results go their way.

Will Ten Hag be a success at United? Have your say in the comments below.

While Ten Hag faces an unenviable task of restoring United to their former glories under the glare of constant scrutiny, Rangnick insists the club can become a force again within just a year. Asked if United can be a quick fix, the German coach said in his pre-match press conference: “Yes, I strongly believe that and I know that from my own experience. I developed teams from level four to Champions League and level three to Champions League.

“This is obviously different here because United are already in the Premier League and we are a club with high expectations with a big tradition of being successful. But you can only find what you need if you know what you are looking for and you need to know that in advance. This also depends on how Erik wants to play? If you saw Ajax or his U-23 team at Bayern Munich play then it’s pretty obvious how that will be.

“And for me it’s also clear what kind of players he needs to help him to be successful. There will be changes, players will be leaving because their contracts have expired so there will be space for new players. We also spoke about the last transfer window in January where we and the board decided not to sign any players but this is different now. In this summer window there will be some new players and Erik will also have some influence on which kind of player he wants.

“That will happen in this window and hopefully the next two windows and I think it’s obvious to everybody for the owners, the board and every supporter we need to increase and raise the level of quality within the squad. And as I said if you know what you are looking for and how you want to play then it’s a lot easier.”

Ten Hag has already been working on his vision for the club after jetting into London on Wednesday evening with assistant Mitchell van der Gaag, where he met United chiefs for meetings in their Mayfair office. Steve McClaren is also expected to join him at the club for next season, while Ten Hag’s first match could give him plenty to ponder over.