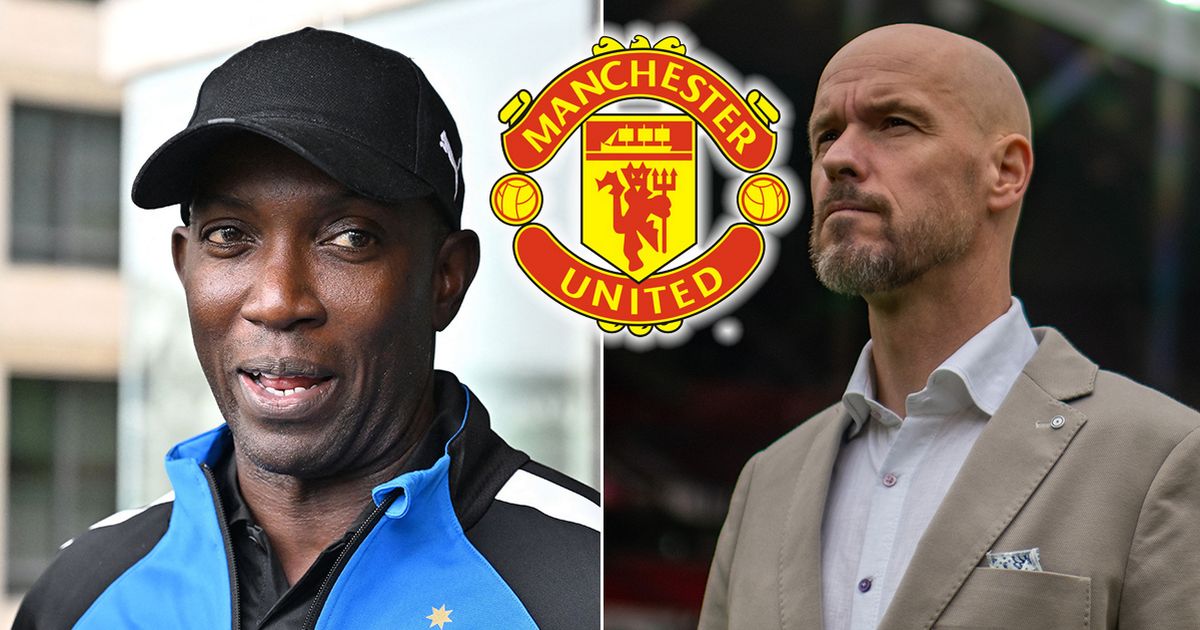 Dwight Yorke has claimed Erik ten Hag has “major surgery” to repair at Manchester United ahead of the new season.

The 52-year-old will become the new Red Devils boss in the summer after guiding Ajax to the Eredivisie title for the third time in four seasons. He won 72% of his matches in charge and also reached the Champions League semi-finals with the Dutch side back in 2018/19.

Ten Hag decided to terminate his Ajax contract early in order to start his United project last week ahead of their final day trip to Crystal Palace. He was in the stands at Selhurst Park as the Red Devils slumped to their sixth successive away defeat, leaving them in sixth with their lowest-ever Premier League points tally.

United finished with 58 points, six fewer than their previous lowest back in 2013/14. It proved to be a very disappointing season given the Red Devils finished second last term – only behind Manchester City.

Ole Gunnar Solskjaer was the man in charge back then, but he was sacked in November following a dismal run of results. Ralf Rangnick, who was appointed on an Interim basis until the end of the season, has struggled and he has left the Red Devils in a precarious position.

With Ten Hag set to start immediately, Yorke believes he has a lot of work to do to improve the club on and off the pitch. “We (Man Utd) are nowhere near where we are supposed to be, especially with the players that we have in the squad at the moment,” he told the Daily Mail.

Where will Manchester United finish next season? Let us know in the comments below!

“I spent the last two weeks there and had some more insight into looking where the club is and why we are in that position. He (Ten Hag) has got some major surgery to repair there, there’s work that needs to be done.”

In the meantime, United legend Yorke will dip into coaching with the A-League All Stars when they face Barcelona in a friendly at Sydney’s Accor Stadium on Wednesday night. And it is a challenge he is looking forward to.

“I don’t do things small,” he added. “It is a wonderful opportunity and one I am very grateful for. What a fantastic opportunity for our guys, to line up against one of the world’s best teams.

“They are all professional footballers, and playing in front of a big crowd, they will be ready to go. Sure the circumstances are a little unusual, but it gives the lads a chance to show their fighting spirit.”