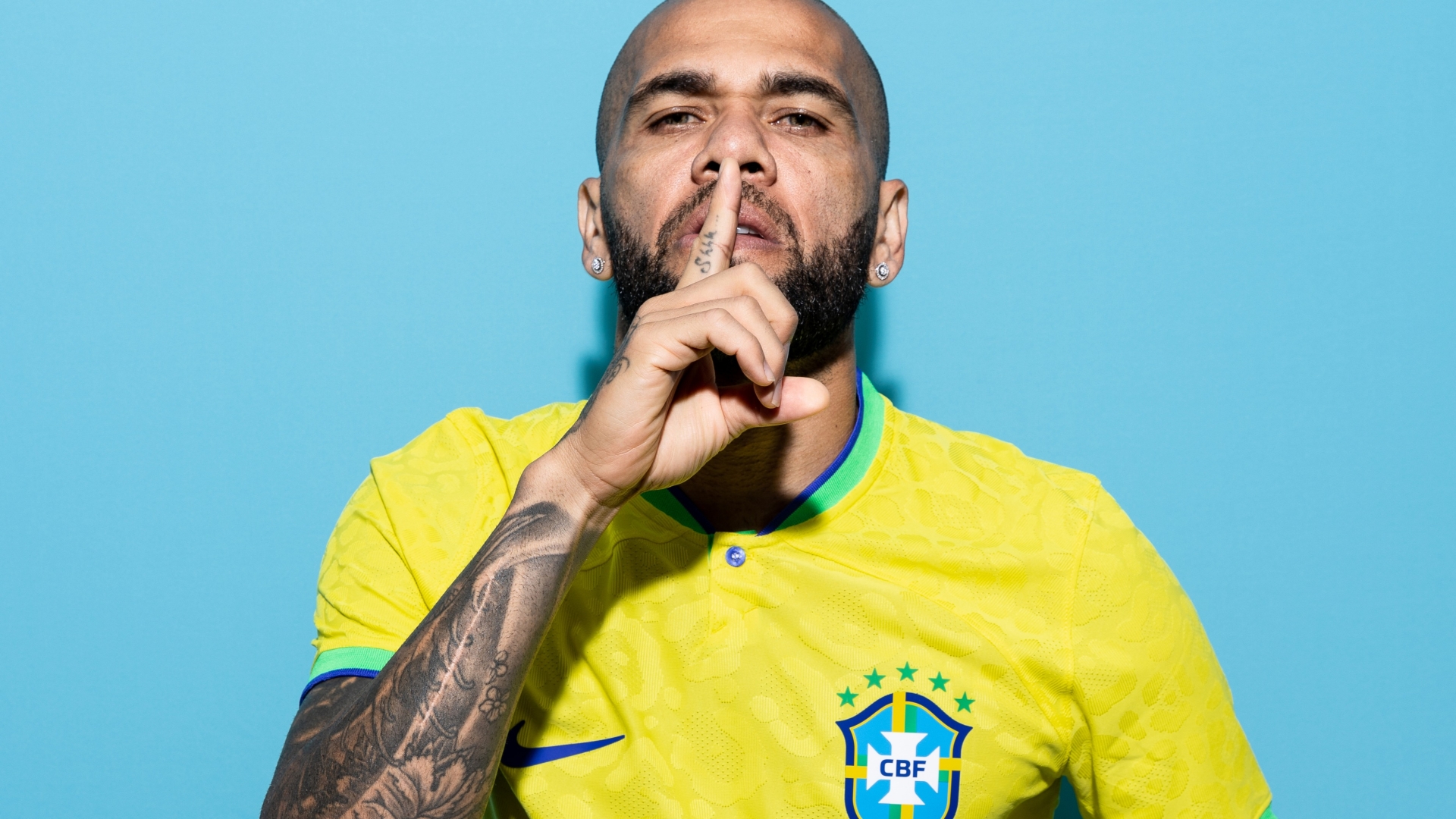 ANCIENT, unfit and out of form, yet now a record-breaking Brazil star — it has been a month to remember for Dani Alves.

On Friday one of football’s legendary right-backs becomes his nation’s oldest World Cup player, when he skippers them in the Group G finale against Cameroon aged 39 years and 210 days.

It will be a momentous evening for a man best known domestically for his heroics with Barcelona, as he also becomes Brazil’s joint second most-capped star.

Yet it is also tinged with controversy, as coach Tite’s selection of Alves, who joins Roberto Carlos on 125 caps, has not been popular with Selecao fans.

He left Barca during the summer, signing for Mexican side UNAM Pumas in July — but despite playing 12 of their 17 games in the first half of the season, the club have won just twice and fans have questioned if he is up to it.

Alves reckons much of the flak is down to simply being out of the Camp Nou limelight.

“If I was at Barcelona it probably wouldn’t be happening but because I’m not at one of the big European clubs it’s normal.

“It’s normal people might question me because of my age or because I might not be at my best at this minute.

“It is something that bothers me but doesn’t affect me. I am reaping what I have planted over the years.

“But for Brazil and the World Cup, it is not necessarily about being in your best moment at your (club) team but the best for the national team.

“That’s what I have done since 2003, when I was part of the Brazil squad for the first time. If I have to play the drum I will be the best drummer out there. That’s how I see life.

“I know what I can do for the team. I know there may be others even better than I am to do it but I know I can deliver to my team and to my coach. That’s why I am here.”

But he will have to go some to catch Cameroon’s Roger Milla, the oldest outfield player to appear in a World Cup at USA 1994, aged 42.

Everything you need to know about the World Cup

The oldest of all is Egyptian goalkeeper Essam El-Hadary, who was 45 when he played in Russia 2018.

Alves is also football’s most decorated player, with 44 trophies. And he is convinced he has a great chance of adding the biggest prize of all with this Brazil squad put together by Tite.

He said: “This is the most balanced team we have ever had in the 16 years I have been in the national team.

“That does not happen overnight and also shows age doesn’t matter if you have fitness and you are intelligent.”

If Brazil do go all the way, Alves will likely be on the bench, with Danilo close to recovery after damaging ankle ligaments in the first game.

Neymar — out with the same injury — is also set to return when Brazil play their last-16 tie on Monday.