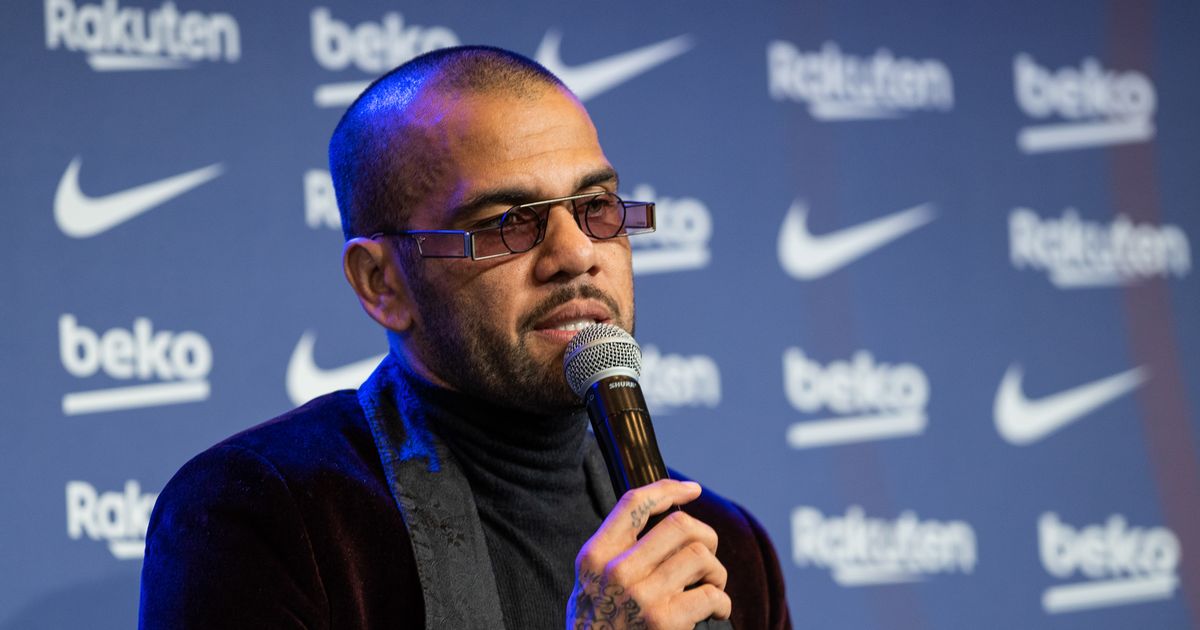 Dani Alves has responded to the decision from Barcelona boss Xavi Hernandez to cut him from the club’s European squad this season.

The Catalan club were forced into making a decision on the Brazilian who became the first signing of the former midfield maestro at Camp Nou.

The Catalan giants then confirmed the arrival of the Brazilian before completing the signing of Ferran Torres from Manchester City.

Barca were not finished there in the January transfer window as they secured the loan signing of La Masia graduate Adama Traore from Wolves before clinching the signing of Pierre-Emerick Aubameyang.

That quartet of arrivals has transformed Xavi’s Barcelona, but left them with a dilemma over their European squad – as one of the new signings had to be excluded from the squad.

Have your say! Which of Barcelona’s four signings will be the most important for them? Tell us what you think here.

Xavi has to prepare his side for the Europa League knockout stages after the club crashed out of the Champions League group stage – failing to score in four matches against Bayern Munich and Benfica.

Yet they had to prepare their squad without one of their key signings due to UEFA rules about registrations of new players during the season.

Article 46 of UEFA’s regulations states that from “the knockout round play-offs, a club may register a maximum of three new eligible players for the remaining matches in the current competition.”

The Brazilian has now spoken about the decision and admitted that while it was not the one he wanted, he had to accept it and understand the club’s rational.

Alves told the programme Vamos on Movistar TV in Spain: “I am always focused on my day to day.

“But as I always say, we are employees and the club decides what is best for us.

“I came here to help and predispose myself to bring things to the squad, to bring a degree of competitiveness and positive spirit.

“When you are predisposed to help, even if it means staying out, then that is what you accept.

“There are other phases of life that one has to accept.

“I would have liked to be in the squad, but we had four players for three positions and it was my turn to miss out.

“You have to accept it, but you have to focus on what you can offer. I am not infected by bad vibes, but by the positive ones.”

Sergino Dest is the only other recognised right-back in Xavi’s squad, although central defender Oscar Mingueza and midfielder Sergi Roberto have previously been deployed in the position – to varying degrees of success.

There have also been suggestions that Barca may move away from their traditional 4-3-3 system to a 3-5-2 to make them more defensively solid – which could see Adama Traore played at wing-back.

The decision to exclude Alves was also influenced by the club’s attacking numbers being diminished by Ansu Fati’s injury problems and the contractual situation of Ousmane Dembele.