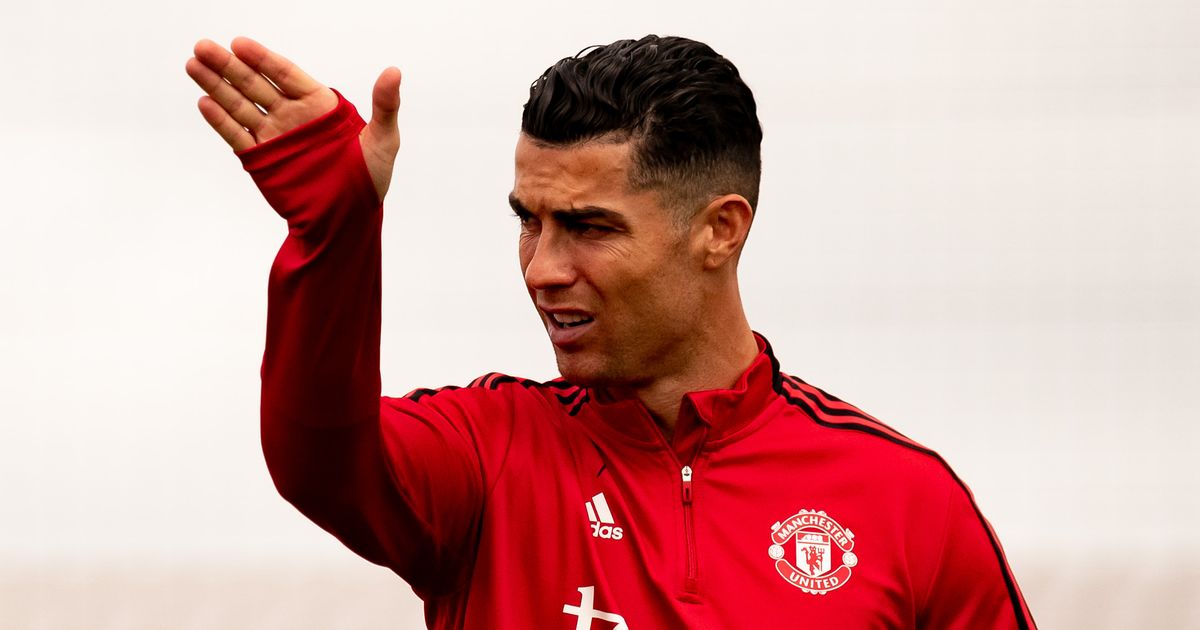 Edinson Cavani was furious after the Manchester United hierarchy ordered him to give up the No. 7 shirt to Cristiano Ronaldo at the start of the season, according to reports.

The Uruguayan striker, 35, wore the esteemed jersey during his debut season at Old Trafford but had to relinquish it two days after Ronaldo returned to the Red Devils on deadline day last summer. The Portuguese superstar, 37, is synonymous with the number seven he previously wore during stunning spells with United, Real Madrid and Juventus, so it came as no surprise to see him take the shirt off Cavani.

However, this was not met kindly by his new teammate, who has enjoyed a brilliant, goal-laden career of his own playing for Napoli and Paris Saint-Germain before arriving in the Premier League in 2020.

That is according to ESPN , who were told by a source that Cavani was ‘p***ed off’ by having to give up the No. 7 shirt given he had enjoyed a promising first season with United. The 130-cap Uruguay international scored 17 goals during the 2020/21 campaign even though he had struggled to adapt to life in England.

The report adds he struggled with how early it gets dark in the winter and had his heart set on joining Barcelona after realising he would lose his place in the team to Ronaldo. However, United chiefs refused to let him leave and are understood to have told him to fight for his place.

This decision ultimately appears to have been an unwise one as Cavani started just eight games all season and contributed a paltry two goals. Ronaldo, meanwhile, finished the season just gone as the club’s top scorer with 24 goals in all competitions, marking another fruitful return.

Was it a mistake for Manchester United to keep hold of Edinson Cavani last summer? Give your verdict in the comments…

Edinson Cavani was reportedly livid about giving up the No. 7 shirt to Cristiano Ronaldo
(
Advertisement. Scroll to continue reading.

The Red Devils ended up finishing sixth in the table, meaning they will be playing Europa League football next season. Nonetheless, Ronaldo is expected to stay put and new manager Erik ten Hag has confirmed there is a place for the five-time Ballon d’Or winner in his plans.

However, the Dutchman was keen to stress he would “talk with Ronaldo first” before divulging the specifics of where he fits into the team for the 2022/23 season. The player has just over 12 months remaining on his contract and there is the option to extend for another year.

It remains to be seen where Cavani will end up this summer after his time at United turned sour. Many sides would value his lethal eye for goal and paying no transfer fee for his services would be an attractive prospect, but matching the £250,000 per week he took home at Old Trafford will prove more troublesome.