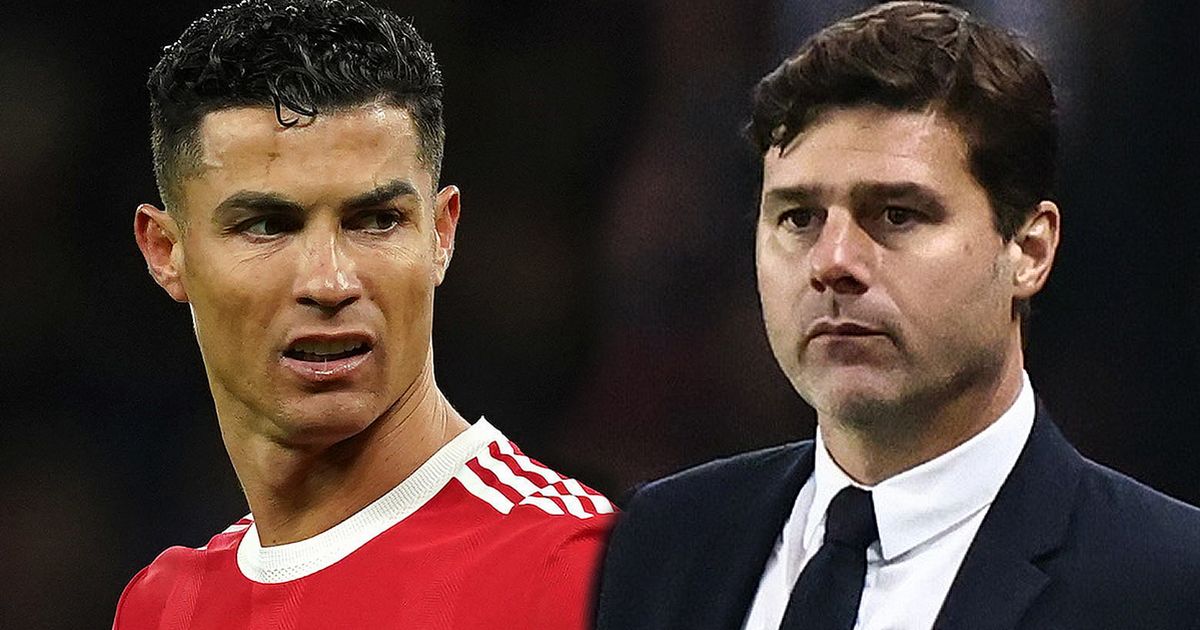 Cristiano Ronaldo and Mauricio Pochettino could be involved in an incredible football version of trading places in the summer.

Paris Saint-Germain are becoming increasingly confident that Ronaldo will leave Manchester United at the end of the season following his frustration at a lack of progress since returning to the Premier League.

That disillusionment intensified on Friday night with United’s exit from the FA Cup leaving Ronaldo with the likelihood that he will end the season without any silverware.

PSG are long time admirers of the Portuguese superstar and haven’t been put off by him turning 37 yesterday.

And there is growing support in the PSG boardroom for Ronaldo’s former Real Madrid boss Zinedine Zidane to replace Pochettino if the ex Spurs manager fails to land the Champions League.

HAVE YOUR SAY! Would trading Cristiano Ronaldo for Mauricio Pochettino be a good deal for Manchester United? Join the discussion in thehttps://www.mirror.co.uk/sport/football/transfer-news/man-utd-ronaldo-pochettino-swap-26147549#comments-wrapper

That would play into the hands of Manchester United with Pochettino on the Old Trafford shortlist to become their permanent manager once Ralf Rangnick’s interim period as head coach concludes.

He is Sir Alex Ferguson’s choice to take over, the Scot believing the former Spurs boss can reunite a splintered dressing room and go on to recapture some of the glory years of his silverware decked rein.

Ronaldo has told his super agent Jorge Mendes that he is ready to cut short his £20 million move back to the Premier League.

PSG have made a number of unsuccessful attempts to sign Ronaldo in the past but now they have been told he is ready to say yes which would see him line up with former Barcelona stars Lionel Messi and Neymar.

The French club’s other Galactico, Kylian Mbappe, is likely to leave at the end of the season for Real Madrid with Ronaldo pencilled in as the big name replacement.

While all that is happening Pochettino could be heading in the opposite direction.