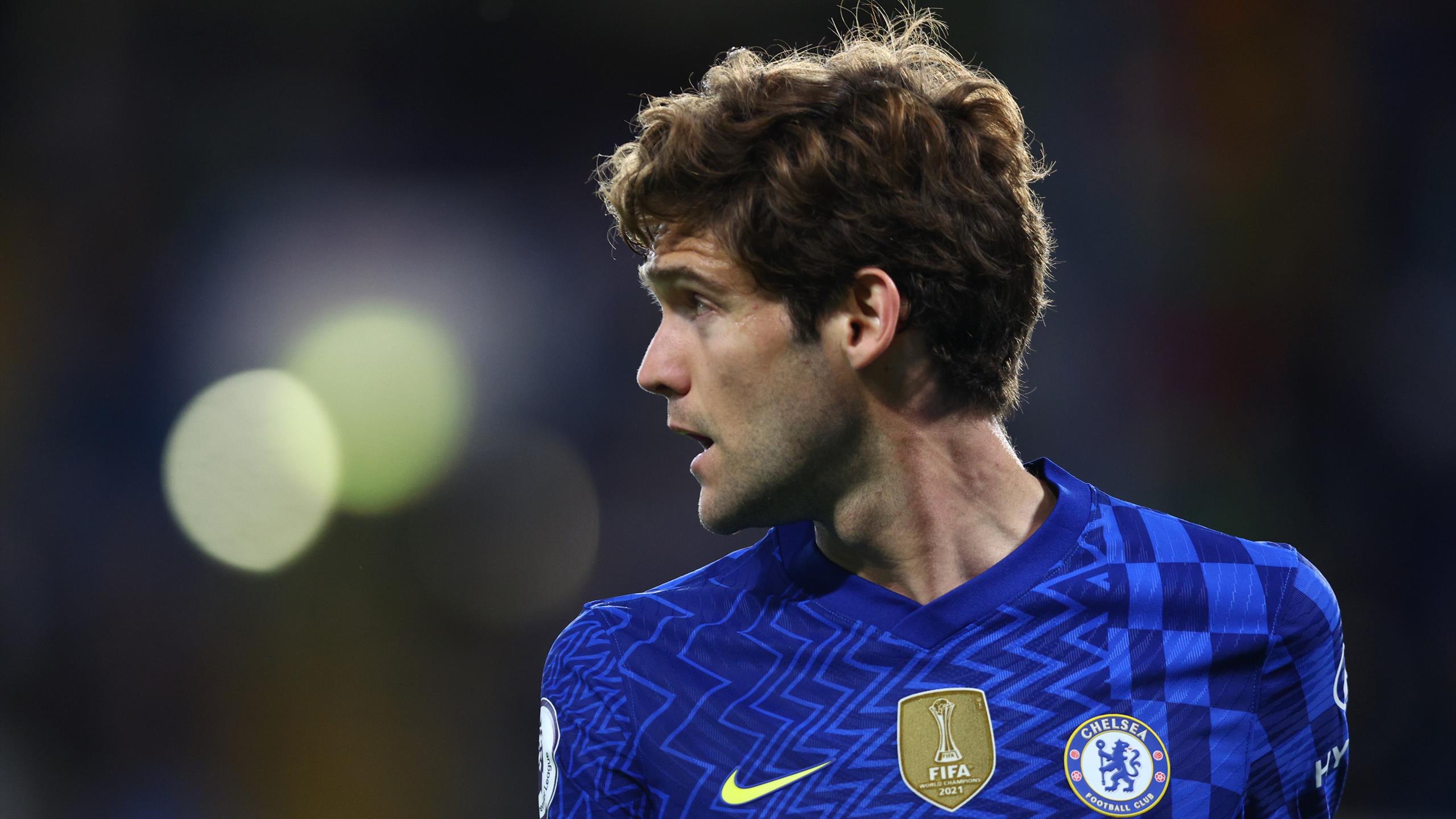 Chelsea could lose two of their wide players this summer, with defender Marcos Alonso pushing for a move to Barcelona and winger Hakim Ziyech another potential departure.

Alonso, who has one year left on his contract, is not thought to have issued a formal transfer request – but has asked if he can leave.

Marca is one of the outlets reporting the Spaniard is Barca’s top target at left-back, where he would compete with Jordi Alba for the starting spot. Alonso has been a regular for Chelsea this season, but a large part of that has been because of Ben Chilwell’s serious knee injury. The England international has recently returned to action.

Chelsea roar back from two down to draw with Liverpool

According to transfer insider Fabrizio Romano, Ziyech could be allowed to leave, subject to receiving an acceptable offer, having failed to make the impact expected of him since joining from Ajax two years ago.

It is likely to be a season of upheaval at Stamford Bridge, on and off the pitch. A £4.25bn takeover led by LA Dodgers co-owner Todd Boehly is thought to be nearing approval from the government and Premier League, which would allow Chelsea to move forward with their transfer plans.

A number of defenders are out of contract, with Antonio Rudiger expected to be confirmed as a Real Madrid player after Saturday’s Champions League final. Andreas Christensen is likely to join Barca, who are also interested in club captain Cesar Azpilicueta.

Boehly could then allow boss Thomas Tuchel to launch a rebuild of the squad, with Sevilla centre-back Jules Kounde among the players he is understood to be interested in.