Barcelona: Xavi has brought joy back to the Camp Nou 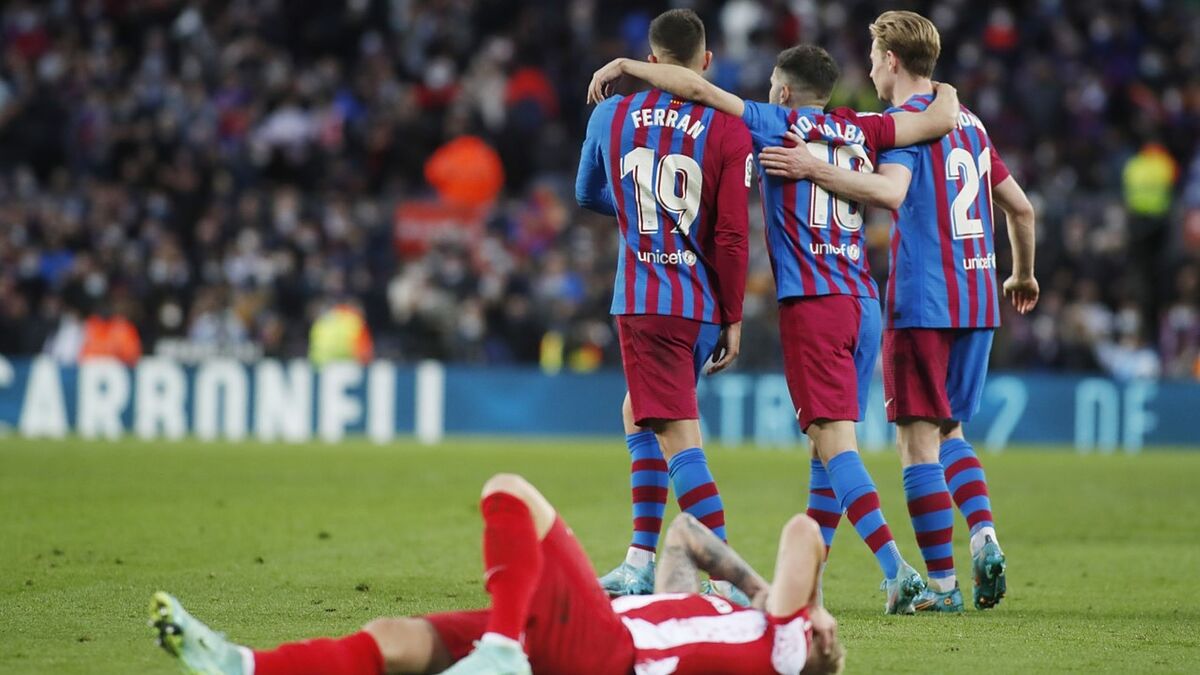 Barcelona are starting to show clear signs of change. Sunday’s win over Atletico Madrid was a statement from the Catalans, and it is proof that they have turned a corner under Xavi Hernandez.

With the former midfielder now having been in charge for three months, his tenth game in charge of Barcelona was a success, but above all the feelings that surround the club are better than they have been for quite a while. There are encouraging signs around the Camp Nou at last.

Xavi and those who came before him on the Barcelona bench have bemoaned the side’s lack of precision in front of goal. Chances have always been created but not finished. Against Atletico, that changed and they were clinical.

Sharing the goals around

The responsibility of scoring is no longer on those who lead from the front. Against Atleti, three of the four goals were scored by defenders in Ronald Araujo, Jordi Alba and Dani Alves.

Barcelona were switched on throughout, but fell behind early on thanks to a goal from Yannick Carrasco. But they bounced back and overcame their setback, with their players showing real desire, which was further exemplified after Dani Alves‘ red card.

Barcelona are getting their identity back. They played slick, short passes against Atletico and completed 478 passes to Los Rojiblancos’ 325, boasting 57 percent of the possession as well.

The fans are switched on

The Camp Nou was packed and those in attendance were fully behind the side. The atmosphere had been poor for a while, but that was different on Sunday as 74,221 fans attended and were fully supportive of the team.

From 21 points available, Barcelona have picked up 18. In 10 games in total on the bench, Xavi has won six, drawn three and lost just one. He already has more points than Ronald Koeman‘s 17 from 12 rounds of fixtures. Had LaLiga Santander started when he was appointed, Barcelona would be second.

After the match the players took to social media to express their delight with the win, from Pedri and Gavi to Adama Traore and Ferran Torres.

From ninth to fourth

Xavi took over a mid-table side and he now has them in the Champions League places. The win over the champions was as big as they come, and it means they have been able to climb five places under the Catalan’s watch.