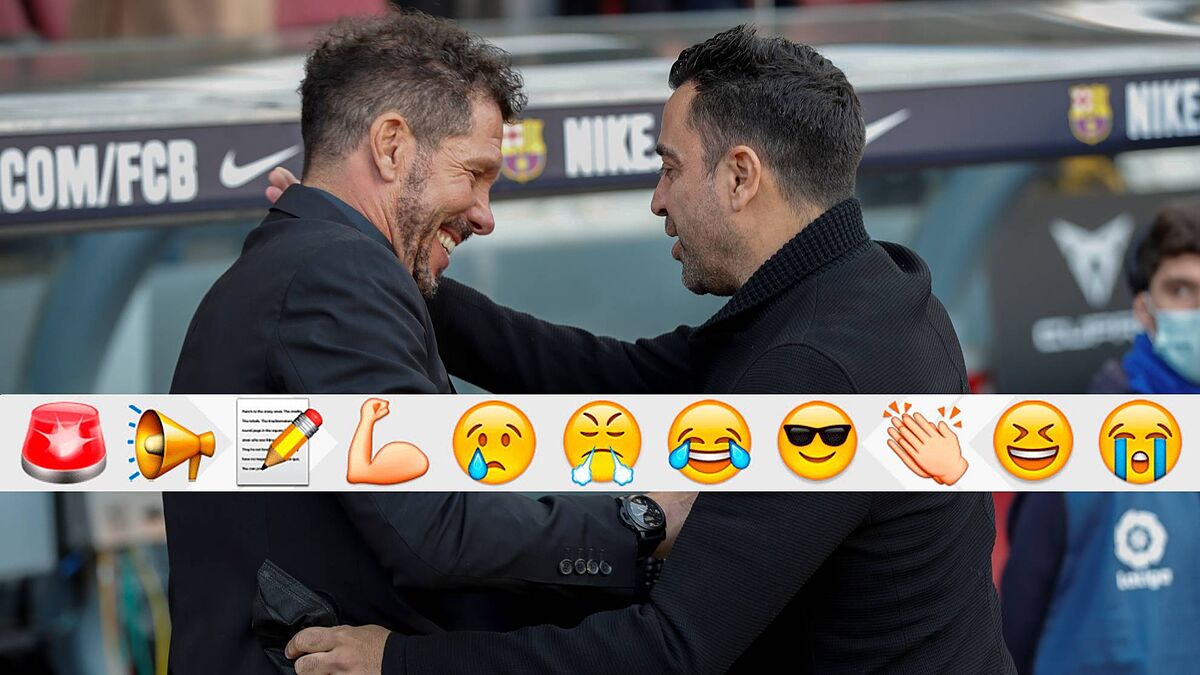 Controversy sparked off the pitch before the game between Barcelona and Atletico Madrid, as Diego Simeone recalled some critical remarks that Xavi Hernandez made back in 2016 about Atletico‘s style of play.

On the pitch, however, the Blaugrana were dominant from start to finish in this clash of two different philosophies. Barcelona were impressive in attack before the break and solid in defence after Dani Alves‘ sending off to grab a 4-2 win.

This was a promising debut by Adama Traore, who made Mario Hermoso suffer as the Spanish defender looked unable to contain the winger. Barcelona mainly created danger from his side in the first half, with Traore setting up Gavi for Barcelona‘s second and seeing his confidence grow as the game went on. Fans gave him a well-earned ovation when he was replaced by Pierre-Emerick Aubameyang.

Meanwhile, Ousmane Dembele was whistled at by fans following his decision to neither renew his contract nor depart the club in January. The Frenchman was included in the squad list, but he didn’t feature against Atletico, watching the game from bench.

Nothing seems to work for Simeone, who can’t find an effective formula in defence. His men are struggling despite the Argentine having tried out two formations and several centre-back duos this season. For yet another game, Atletico‘s defence looked dismantled and unable to win aerial duels, with Jan Oblak failing to impress.

Many may have criticised Dani Alves‘ signing, but the Brazilian right-back was Barcelona‘s top performer in the first half at the age of 38. He teed up Jordi Alba for Barcelona‘s equaliser and scored his team’s fourth. However, he didn’t play the full 90 minutes as he was sent off for a tough tackle on Yannick Carrasco with 20 minutes to go.