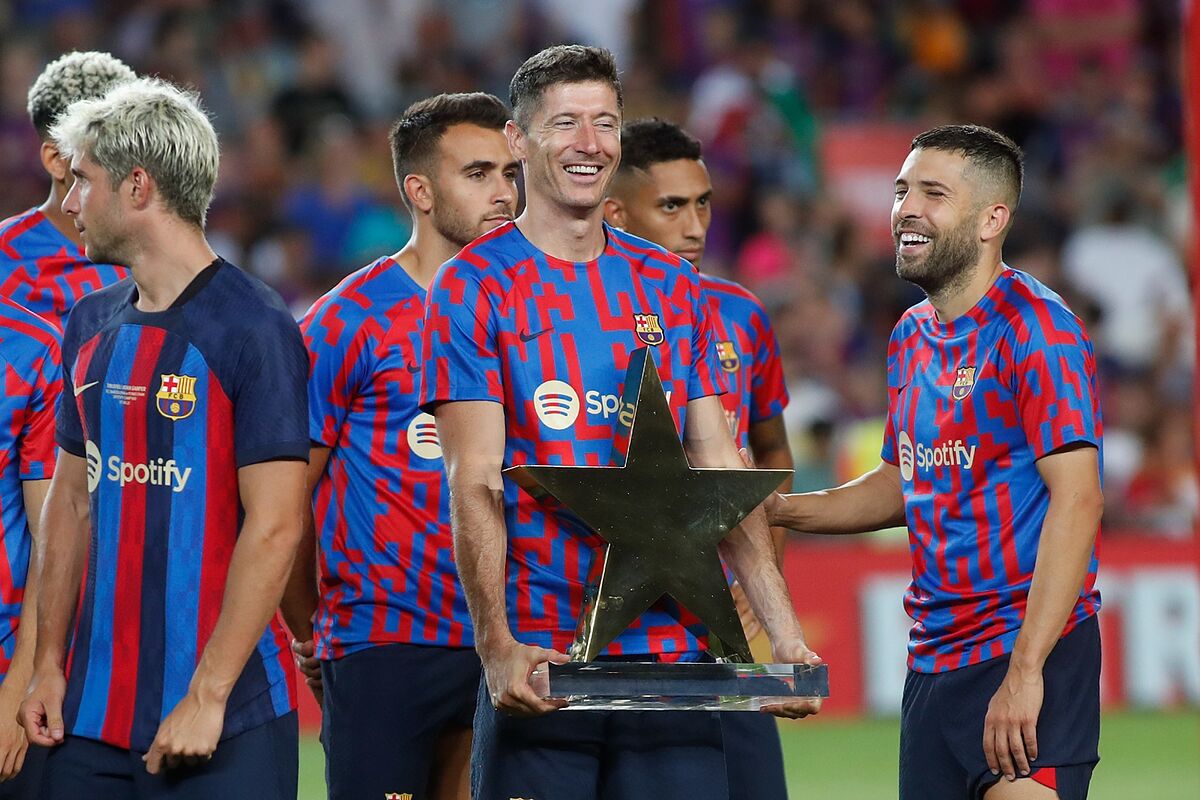 Robert Lewandowski was one of the stars of Barcelona‘s Joan Gamper Trophy match against Pumas on Sunday, with the Poland international involved in four of Xavi‘s side’s six goals.

He is happy with his decision to sign for the Catalan club, as he explained in a recent interview shortly after the 6-0 win over the Mexicans.

Lewandowski is, however, slightly sad about the manner in which things ended with Bayern Munich.

“I know that hurt a lot of fans,” he told Sport1. “I can understand that and now I just apologise for that. At that time it was important and necessary for me to make it clear that I was ready for a change.

“At the end of the day, we are all human. After 12 years in Germany, it was clear to me that my time was over. I wanted to make that clear, and of course it was not easy for Bayern to accept a sale during this phase.

“It was a difficult situation for everyone involved and we had to find the best solution. I needed this change, this move to another country, to another club. I feel like a child who has a new toy.”

Some Bayern fans yelled pro-Real Madrid slogans like ‘Hala Madrid’ at the striker as he left the Bavarian’s training camp when he returned to collect his things.

“Yes, I heard that, and I laughed,” he said. “But there were also some people shouting my name. That was really nice.

“In the last few weeks I have also met some fans in the street who have expressed their understanding for my situation and wished me all the best.”

Lewandowski spoke of pride at his Barcelona presentation.

“I didn’t expect so many fans. It doesn’t matter if he had more or less than other players presented before by Barcelona like Ronaldinho or [Zlatan] Ibrahimovic,” he said.

“Those were different times anyway. It’s very nice when you experience so much support directly. It’s something that stays with you forever.

“I always wanted to play in LaLiga, that was clear to me. And when Barcelona came knocking on the door this time, they were the only option for me.