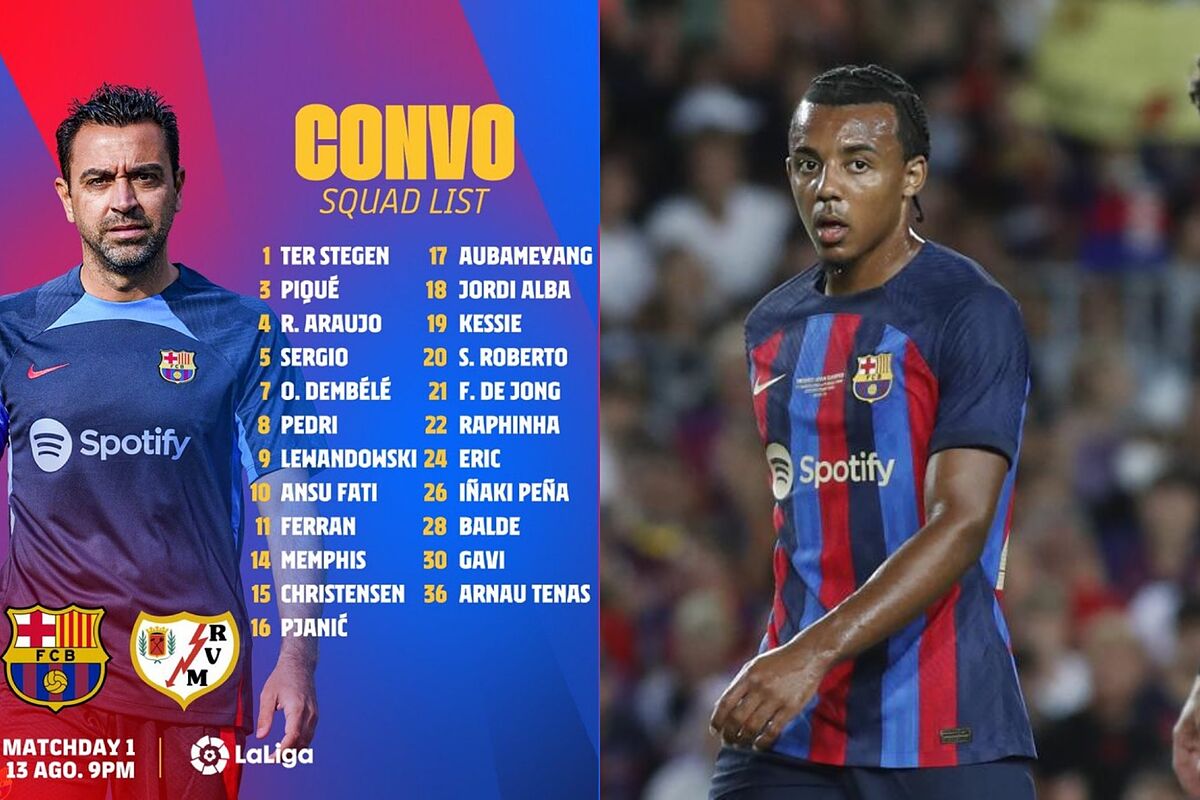 Xavi has named 23 players in his squad list for Barcelona vs Rayo Vallecano, which is the Catalan club’s first official game of the 2022/23 season.

The coach had a fully healthy squad to choose from, however summer signing Jules Kounde wasn’t registered in time to participate.

The other new signings and renewed players have been registered, though, so make the list.

Xavi had to leave some players out, since he had more than 23 available, and he decided to leave out Sergino Dest, Samuel Umtiti and Martin Braithwaite, each of whom could depart the Blaugrana before the end of the transfer window.

Dest is the most recent player to be linked with a departure, as Barcelona are reportedly in talks with Manchester United.