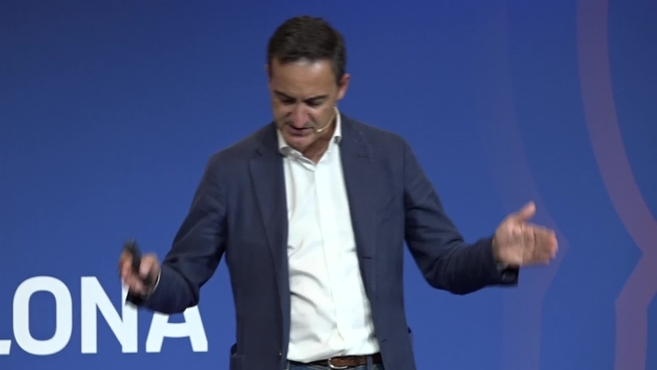 Barcelona CEO Ferran Reverter resigned on Tuesday amid the club’s negotiations for a new sponsorship deal with Spotify.

Reverter departs less than a year since taking over the position in July 2021 with the responsibility of leading the project of restructuring the club through a strategic plan until 2026.

Reverter’s resignation came as the Catalan club tries to find a new sponsor to replace Rakuten when the current deal expires at the end of the season.

The new agreement is seen as key for the club, which has been slowly restructuring its finances after picking up huge debts because of the coronavirus pandemic and poor management by previous administrators. Barcelona couldn’t keep Lionel Messi after last season because of its financial struggles.

La Vanguardia newspaper in Spain said Reverter’s departure came in part because of discrepancies in the negotiations with Spotify, and because of past disagreements with president Laporta.

The club did not immediately comment on the reports and thanked Reverter “for his commitment and good work” as Barcelona’s CEO.

Spanish media said the deal with Spotify was imminent but the club denied it, saying talks with other brands remained ongoing. The deal with Spotify reportedly could be worth 280 million euros ($320 million) over three years and would include sponsorship of the main shirt and title rights for Camp Nou Stadium.

The streaming company is in the middle of a controversy over content by comedian Joe Rogan, who has millions of devoted fans but angered some people who found his comments offensive.

Barcelona said Reverter was behind achievements such as “the restructure of the debt, reduction of the payroll, agreements with new partners, and others.”

Reverter said he accepted Laporta’s invitation to be CEO last year shortly after returning to Barcelona from Germany for family reasons.

“Personally I have put in much effort and dedication during these months, but I now wish to focus on the reason why I returned to Barcelona, which is to spend more time on personal and family projects,” he said.

“These have been passionate months and I thank the president for his trust and, above all, his enthusiasm and capacity for leadership that mean FC Barcelona now has a first class executive team that is able to reposition Bara as a world leader.”