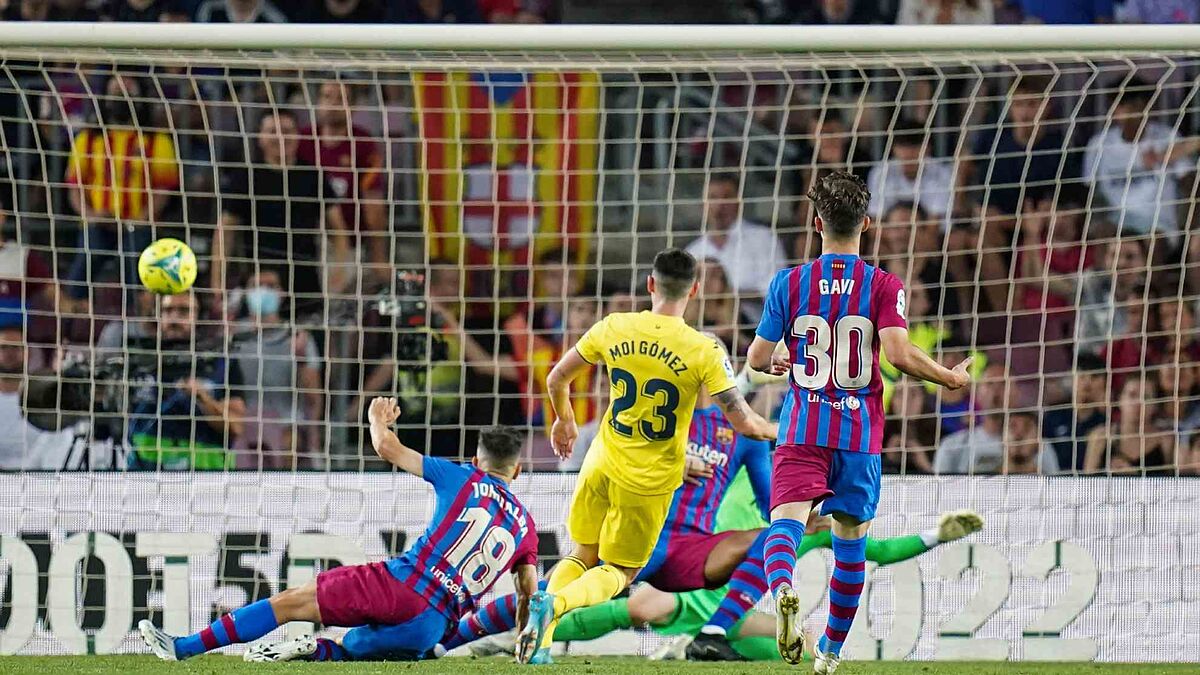 Villarreal achieved their goal of getting into the Conference League for next season. They did it on their own, winning their match without having to wait for what happened in other games. Villarreal were able to take their chances at key moments of the game with a goal just before halftime and another shortly after. Barcelona was once again the team of the last month. A period of time in which they have been crying out for the end of the season. After a brilliant month, the team let itself go after the elimination in the Europa League by Eintracht Frankfurt and once again returned to being that gray team that finds it extremely difficult to play with joy and create chances.

And yet Barcelona came out with the desire to take control of the match. It was the last match of the season and they wanted to please. Xavi had not been sparing in the line-up and had put forward a very regular team, except for the absences due to injury. He entered the match looking for depth on the flanks. Adama, this time in the eleven, sought time and again to beat Pedraza but without success when it came to the pass. Ferran was also active after a few games in which he had been unlucky.

However, Xavi’s team found it difficult to create dangerous chances. Little arrival for the dominance they were having in the match and were limited to shots from outside the area and when they approached Rulli‘s goal they lacked the spark to be decisive. Villarreal began to loosen up as time went on. They contained their opponents in the first few minutes and began to stretch in search of Ter Stegen with Parejo starting to take control. The problem was that they came up against a superlative Araujo. He was the leader of the azulgrana defense and an impassable wall for his opponents. With his usual forcefulness he was thwarting the chances of Pedraza or Alccer.

Barcelona started to look like in other matches at the end of the season in which it was difficult for them to create dangerous chances. Aubameyang was very much missing in these first 45 minutes. So was Gavi. Frenkie de Jong tried to move on both flanks. Good intentions, but little result. It was no longer the Barcelona of the first minutes.

Villarreal opened the scoring before halftime

Shortly before halftime, Villarreal’s blow came. Alccer made a great move to get Araujo out of position. And it was through this gap that the Levante attack was set up. Alves, out of position, forced Adama to make a sprint to try to neutralize Pedraza who was going alone towards Ter Stegen. He missed and the Villarreal full-back put his team ahead. It was the first step towards being in the Conference League next season.

Barcelona came out strong again. They went in search of the equalizer. Villarreal opted to close in their area and Barcelona had practically no choice but to look for crosses from the wings in the face of the rival’s defensive organization. Munuera gave a penalty for a tackle by Moi Gmez on Ferran, but the VAR corrected him and took the foul out of the area.

The second goal sealed the match

Minutes later came the sentence of the match. A Villarreal counterattack, in their first approach of the second half, ended with a ball to Adama, this time in defensive duties, on the back line. The winger made a lousy clearance and gave the ball to Moi Gmez inside the box who had no trouble beating Tar Stegen from the penalty spot.

And that was the end of the match. The minutes passed without Barcelona improving and Villarreal never looked in danger of winning despite the changes Xavi made, bringing on Dembl and Ansu Fati.