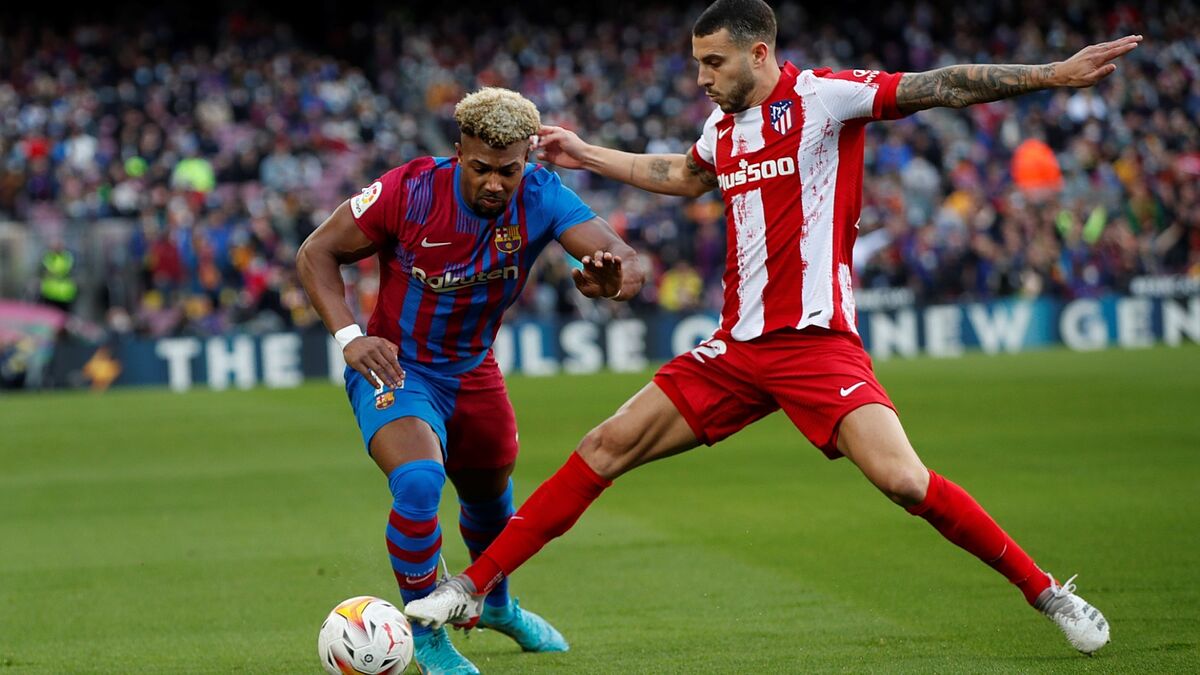 In an exciting game at the Camp Nou, Adama Traore inspired Barcelona to a 4-2 comeback victory against a struggling Atletico Madrid, who had taken the lead through Yannick Carrasco.

Xavi Hernandez left Ousmane Dembele on the bench as he played Ferran Torres in a false No.9 position, while the coach handed debuts to both Adama Traore and Pierre-Emerick Aubameyang. The former started the match and was impressive throughout, as was Dani Alves until his red card.

Here comes a look at each of the Barcelona players and how they performed against the Rojiblancos.

The Barcelona goalkeeper could have done more at Yannick Carrasco‘s opener, but he was not to blame for Suarez‘s goal. He also pulled off a fine save to deny the Belgian winger from a freekick.

In his return to the Camp Nou, Alves was one of Barcelona‘s top performers in the game. He set up Jordi Alba and scored one of his own, but then he left his team down to 10 men after a tough challenge on Carrasco.

The veteran centre-back has now played the same number of games for Barcelona as legend Carles Puyol managed. He could have done more to prevent Luis Suarez from setting up Carrasco in Atletico‘s opener.

He defended well and didn’t allow Joao Felix space to exploit. The Uruguay international also managed to get his name on the scoresheet in the 42nd minute.

The Barcelona left-back equalised just two minutes after Carrasco‘s opener with a volley that surprised Jan Oblak. This was a solid performance for Alba against Atleti.

Busquets contributed in defence and gave Alves the opportunity to push forwards. He dictated the tempo in the first half and assisted his team’s efforts to soak up pressure in the second half.

This was a solid performance by the Dutch midfielder. He was relentless in midfield, helped in the circulation of the ball and also contributed in defence when Atletico were pushing forward.

It was a complete outing by Pedri, who tried to combine well with Gavi and Ferran Torres in attack. The only thing he lacked was a clinical touch in front of goal.

Xavi made the surprising decision to start Traore and the winger paid back his coach’s confidence with a promising display in his re-debut. He tormented Mario Hermoso with his pace on the flank and teed up Gavi for Barcelona‘s second before being replaced just after the hour mark.

Playing as a false No.9, Ferran Torres failed to benefit from a great Pedri ball and sent it wide just five minutes in. He was very active throughout the game despite not scoring.

In his return to the starting line-up after serving a one-game ban against Alaves, Gavi featured as a left winger and he was lively in the first half, when he managed to net Barcelona‘s second.

Xavi handed Aubameyang his debut in the 61st minute, when he came off the bench to replace another debutant Traore. He combined well with Ferran in attack and looked sharp despite having not played a game since January.

The Barcelona academy product replaced Pedri in the 66th minute and did a very good job to help his team soak up pressure after Alves‘ sending off.

He came off the bench after Barcelona went down to 10 men and he was solid in the remaining minutes.

He opted for an attacking trident that consisted of Adama Traore, Ferran Torres and Gavi and his move paid dividends as Barcelona looked threatening against a struggling Atletico defence. He called up Ousmane Dembele, but didn’t give him playing time.