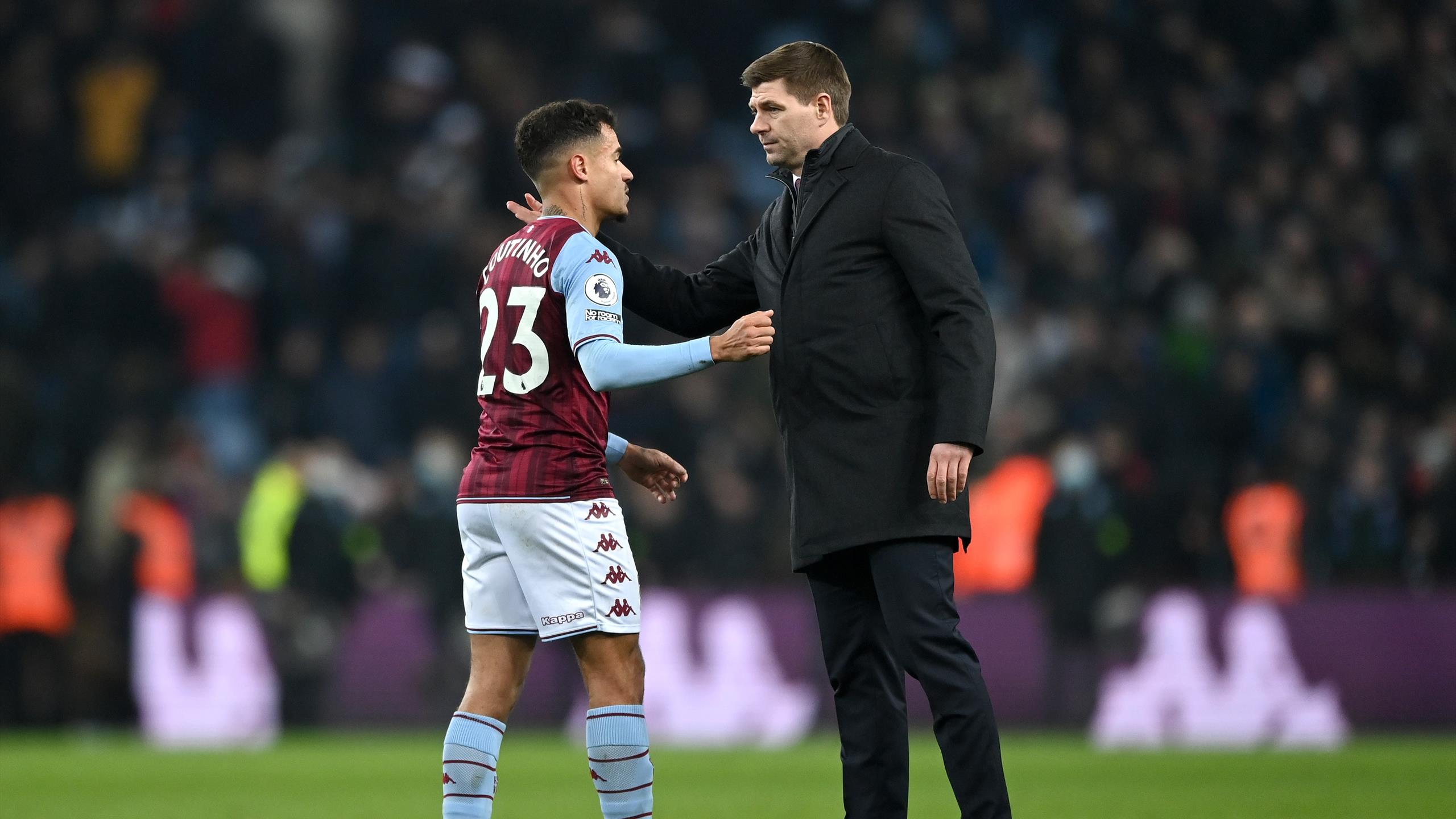 Aston Villa boss Steven Gerrard says Philippe Coutinho was “desperate” to come back to England when he spoke to the Brazilian in January about a move.

Those conversations culminated in the 29-year-old joining the Villans on loan until the end of the season and his impact has been instant, recording two goals and two assists in just three games – the same number he managed in the whole of last season in La Liga.

And Gerrard has clearly been a factor in Coutinho’s resurgence, particularly in terms of his fitness and psychological state.

Talking on the eve of Villa’s trip to Newcastle United on Sunday, Gerrard said: “He was desperate to come back to the Premier League and we’ve given him everything he needs to go out there and perform.

“The good thing about Phil is he’s so humble, so level-headed, he’s so grounded that you wouldn’t think you were dealing with a world-class star if you spoke to him day-to-day. He’s just a great human being.

“His vision is a major strength to him as a player. He’s lively on the eye to watch, his technical ability is high-level. I don’t think I have to go on about Phil Coutinho the player, you just have to watch and admire the class with which he goes about it.

“The key thing was to get him up to speed from a physical point of view and we’re still working on that. He can get fitter and stronger and he will do with more training and games.

“Then it was about getting him enjoying his football again, being around the boys, smiling and looking forward to playing.

“You can see in his performance that he feels this is his stage again.”

Villa face an important month as they seek to climb up towards the Premier League’s European places.

Following their visit to St James Park, they face Watford, Brighton and Southampton – with none of those sides higher than ninth in the table.

Villa will have an option to buy Coutinho at the end of the season for £33 million.