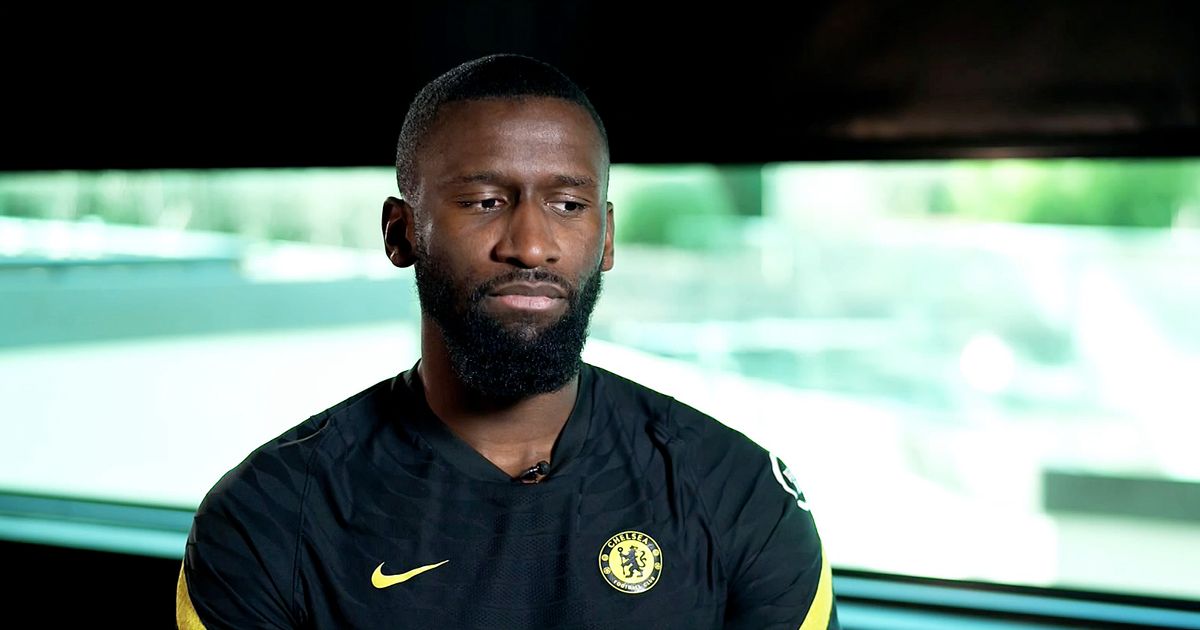 Chelsea defender Antonio Rudiger will become a free agent at the end of the season, with a host of clubs including Real Madrid and Bayern Munich said to be monitoring the situation

Antonio Rudiger claims he is still “fully committed to the cause” at Chelsea, despite his reluctance to agree to terms on a new deal.

The Blues are hopeful of getting the central defender to put pen-to-paper on an extended contract, just months before he becomes a free agent.

Those efforts have so far been unsuccessful with Rudiger’s representatives soundly rejecting the club’s latest offer last summer.

That offer was said to be around half of what Chelsea’s top earners make and he believes he should have parity within his own dressing room and be the highest paid defender in the Premier League.

A number of clubs across Europe are monitoring the situation, with Barcelona, Real Madrid, Bayern Munich and Paris Saint-Germain all touted as potential suitors.

HAVE YOUR SAY! Should Chelsea make Rudiger the highest paid defender in the Premier League? Join the debate here

Rudiger is free to discuss a pre-contract agreement with clubs from abroad, but is adamant that while talks are ongoing with Stamford Bridge bosses, his full focus is on the current campaign.

“Like always, I’m fully committed to the cause,” Rudiger told Sky Sports when asked about his current contract situation. “Talks are between my side and the club, and that’s everything you need to know.”

When asked what will go into his decision making process, the German said his partner and family, who are both happy in the capital, could play a key role.

“You need to listen to the missus,” Rudiger joked. “You have to think about your family. My kids were born here in London so that tells you that my family feel great here.

“The rest is up to other people to make decisions and then we will see if we come together or not.”

Chelsea take on Tottenham this weekend, hoping to keep their London rivals at arm’s length in the race for the top four, while there is still the FA Cup, Champions League and a Carabao Cup final to ensure Rudiger isn’t looking beyond the next game.

Pressed on whether speculation could affect his performances, he said: “I’m not just saying words, I’m fully committed to the cause. I think I’ve always shown that.

“There were worse times than this so that’s why for me I’ve found it easy to deal with. I’m focused on what is happening here and on the pitch.

“I owe it to everyone here around the club, the coach, my team-mates and my family so that’s why I’m only focused about the important things.

“The other things are speculation – I cannot say anything about that.”

Manager Thomas Tuchel – who helped bring Rudiger back into the fold having been frozen out by his predecessor Frank Lampard – remains coy on the centre back’s status, although did confirm talks were still ongoing,

“You know how I was full of praise, how important he is I say many times,” Tuchel explained.

“The talks are ongoing so there is no news.”