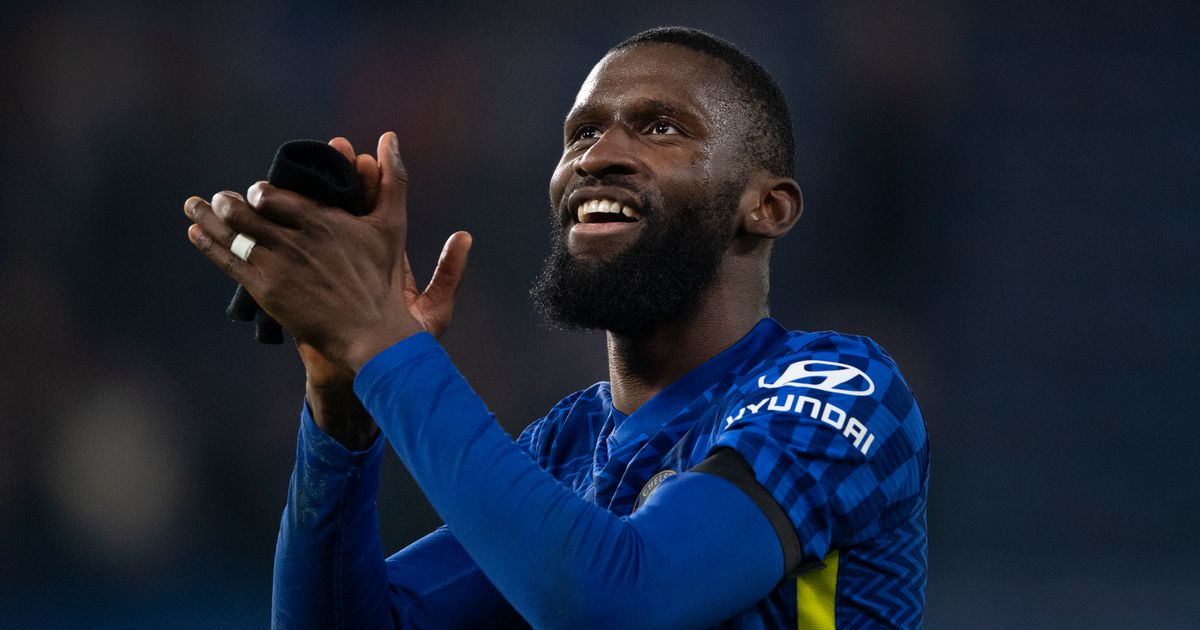 Chelsea are locked in negotiations with Antonio Rudiger over a new contract, with the Germany international being courted by rivals ahead of his deal expiring in July

Antonio Rudiger reportedly remains open to extending his Chelsea contract despite rejecting the club’s latest offer amid interest from some of Europe’s top sides.

Rudiger’s current deal is set to expire on July 1 and, like Andreas Christensen and Cesar Azpilicueta, the German defender is yet to commit his future beyond then.

The 28-year-old has established himself as one of Thomas Tuchel’s most dependable centre-backs and is a huge crowd favourite at Stamford Bridge.

Chelsea are desperate to keep hold of Rudiger and have been locked in negotiations for much of the season, but are yet to make a breakthrough.

That could soon be a problem because Real Madrid and Paris Saint-Germain have already presented him with offers to join as a free agent this summer, while Manchester United are also monitoring his situation carefully.

Antonio Rudiger is open to staying at Chelsea beyond this summer
(

According to the Daily Mail Rudiger is currently paid around £100,000 per week and has already rejected Chelsea’s first offer of £140,000.

The Blues, who are led by director Marina Granovskaia in negotiations, have now offered £200,000-a-week, but are still short of Rudiger’s demands.

The Germany international is understood to be happy in west London and is ‘fully open to staying’ as the club seek to find a compromise which doesn’t break their wage structure.

Tuchel views Rudiger as a critical piece of his project, but the fact Rudiger can earn closer to £400,000, including signing on fees and bonuses, if he leaves on a free transfer, is proving problematic.

Thiago Silva has already agreed a contract extension beyond this summer, but as things stand Rudiger, Christensen and Azpilicueta are poised to leave Chelsea for nothing come July 1, with the latter two courted by Barcelona.

It is a problem the club needs to resolve as soon as possible, according to former Chelsea striker Jimmy Floyd Hasselbaink.

HAVE YOUR SAY! Should Chelsea do everything in their power to keep Antonio Rudiger? Comment below.

Antonio Rudiger, Cesar Azpilicueta and Andreas Christensen are all out of contract in July
(
Advertisement. Scroll to continue reading.

“The problem is going to come for Rudiger and Christensen, if they haven’t signed yet, in March, April, May,” Hasselbaink told Mirror Sport in December.

“Because if they have got another club how will they be? How will they perform? That’s going to be a problem.

“Can they keep Rudiger? What’s the balance of that? Because if you have to replace him like-for-like it’s going to cost you a lot of money.

“But on the other hand you also don’t want him to earn a crazy amount of money, so much more than others as that takes the balance away from the team.

“You have to think about a lot of things. Can you get a replacement? Have you got one? Is it someone who can come through the youth set-up? Is it someone you’re going to buy and develop? If that’s the case you’re definitely going to lose another two years to get another Rudiger.

“Chelsea are not in an easy position. It’s very difficult. And Rudiger is in a better position because he just plays his football to the best of his ability and he’s going to end up choosing the best thing for him – and that might end up being Real Madrid.”